Vegan fast food joint Miami Burger is launching three of its vegan burgers into the retail market. Miami Burger’s products will be available at more than 280 Morrisons stores in the UK.

Miami Burger’s new packaged products will be available in Morrisons’ frozen aisle and will include its soy-based Classic Miami Burgers and True Veg Burgers, and its wheat protein-based Louisiana Chick’n Burgers.

Miami Burger opened its test kitchen in Reading earlier this year as a completely vegan venue. Its alcohol is free from animal products, the company doesn’t use leather in its furniture, and its cups, straws, and coffee lids are all made from plant-based materials rather than plastic.

The brand also prioritizes healthy eating, stating on its website that it has “hacked” fast food. “We threw out the deep fat fryers, reduced the sat fats, and stripped out the crazy-high sugars,” it wrote. One “well-known” meat-free competitor had 900 percent more saturated fat than Miami Burger’s, the brand pointed out. The company displays its fat content on its menu at its restaurant, comparing the figures to fast food chains like McDonald’s, Burger King, and KFC.

“In a nutshell; oven baked not deep fried, grains not meat, and healthy sweeteners not sugar. But always 100% tasty. What’s not to like?” it added. 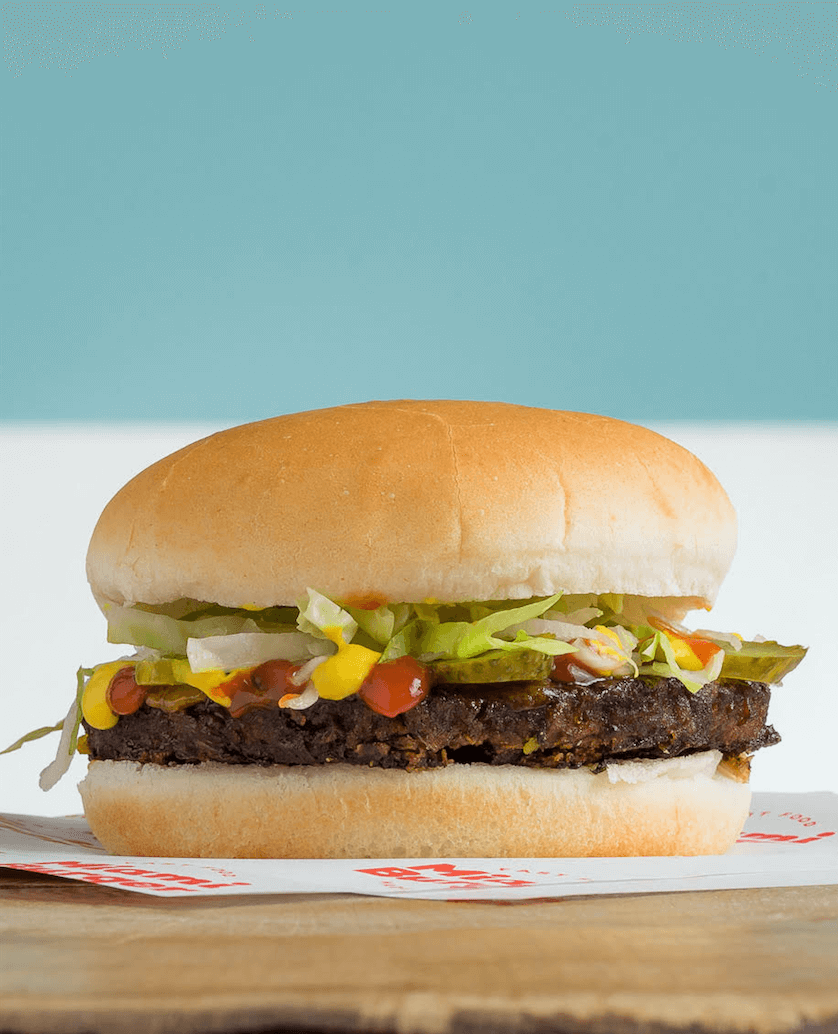 Miami Burger founder Tom Bursnall told The Grocer, “We think the nature of consumption in fast food will be very different in 20 years’ time, with significantly less saturated fat and sugar, less plastic, and less animal. No one is doing any of this so we thought we would.”

He also revealed that Miami Burger intends on expanding its retail line to include “ultra-healthy” vegan coleslaw, mayonnaise, and mac ‘n’ cheese.

On the Miami Burger website, the brand teases plans to open delivery-only kitchens across the UK “in the coming months.”

Morrisons has been keeping up with changing consumer preference by introducing new plant-based food options. It recently began serving vegan chocolate cake and lasagne at its cafes, and earlier this year, launched dairy-free mozzarella sticks.