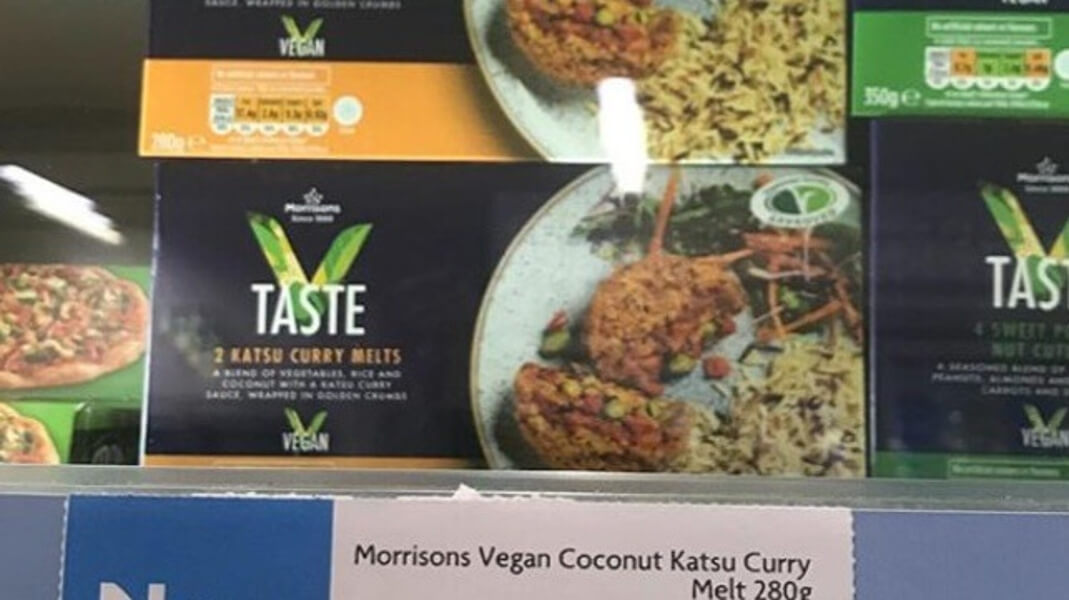 According to the website, the new vegan meal feature plant-based cutlets made from a blend of vegetables, rice, and coconut with katsu sauce wrapped in golden crumbs. Additionally, it contains no artificial colours or flavours.

Throughout the year, Morrisons has taken steps to appeal to the growing number of consumers seeking plant-based food. Last March, the chain announced that all Morrisons-brand vegan groceries would be clearly labelled, joining other major UK supermarkets like Tesco, Aldi, and Asda. The change was led by animal rights charity Animal Aid through its #MarkItVegan campaign, an initiative that encourages supermarkets to adopt vegan labelling on own-brand products.

Following the commitment to adopting clear labelling, Morrisons launched three vegan parmesan cheese flavours made by Welsh dairy-free brand, Good Carma Foods. Made from a blend of ground almonds, nutritional yeast flakes, Himalayan pink salt, and herbs, each variety is plant-based and free from artificial colours, flavours, and preservatives. Additionally, it is packaged in a recyclable cardboard tube, capturing both veg-curious consumers and the growing number of eco-conscious customers who are gravitating towards natural products.

The new vegan katsu curry melts may be part of Morrisons’ October rollout of new vegan and vegetarian products announced earlier this month. According to Morrisons executive chef David Potts, the company wants to appear to the plant-forward trend that is popular among the younger demographic.

According to a poll conducted by American food company Kellog’s, 56 percent of young people in the UK have tried veganism in the past year and one previous study revealed that nearly eight million Brits already follow meat-free diets.