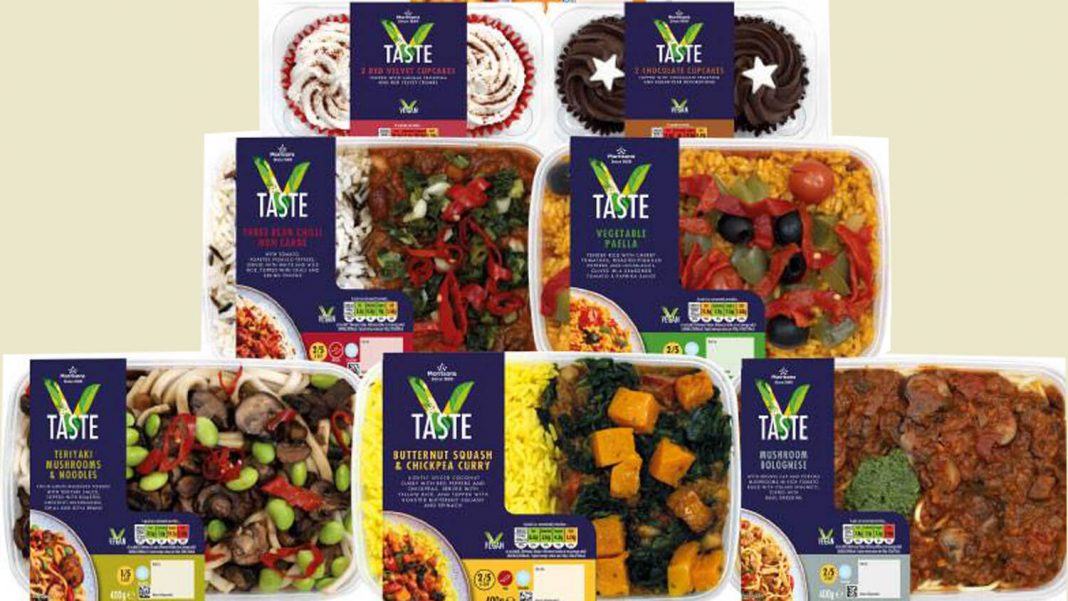 Morrisons supermarket has launched its own-brand vegan ready meal range, featuring an array of suppers and desserts for an affordable price.

Morrisons has also included a selection of grab-and-go meals, including an Indian Onion Bhaji Wrap and a Bombay Vegetable Wrap. One of the dairy-free cheese options tastes like Red Leicester and others will be similar to cheddar. According to Vegan Food and Living, no meal exceeds £3.

Two new vegan desserts will join Morrisons’ Market Street Cake Shop range: two-packs of Red Velvet Cupcakes and Chocolate Cupcakes, topped with chocolate frosting and sugar stars. All of the new items are part of the supermarket’s move to appeal to vegan, vegetarian, and flexitarian consumers.

Morrison’s announced its V Taste range last September, stating that the range would be available in stores by October. It appears that the UK’s fourth largest supermarket may have launched its own-brand ready meals on a rolling basis, as some customers began finding products like the Katsu Curry Melts and the Sweet Potato Nut Cutlets later that month. Customers are now finding the full range in stores.

The supermarket’s vegan buyer, Alex Dodd-Jones, told Just Food: “More and more people are eating vegan and we are listening and responding to customers who tell us that they want more vegan options. We are also making vegan food easier to find.”

Morrisons also added that it is now labeling more than 300 products as being “suitable for vegans,” following up on the announcement made last March. Previous research has shown that 70 percent of customers of all dietary preferences would switch to a supermarket with clear vegan labeling.