The new Vegan Essentials Box—which weighs just under 15kg, costs £35, and can feed two for a week—contains everything from fruit and vegetables to dairy-free cheese and plant-based meat. It also includes staples such as bread, cereal, spread, and pasta.

Tessa Callaghan, head of Food Boxes for Morrisons, said in a statement: “many of our vegan customers have got in touch to ask whether we could create a food box for them. We’ve sourced some of the best vegan food for this food box as we continue to play our full part in feeding the nation during these unprecedented times.”

Morrisons also offers a fruit and vegetable box for £22, as well as Vegetarian Essentials Box.

The chain has added a number of new vegan products to its shelves recently, and it’s not alone. Most major supermarket chains—including Tesco, Waitrose, and Sainsbury’s—now offer a wide range of vegan options in the UK. 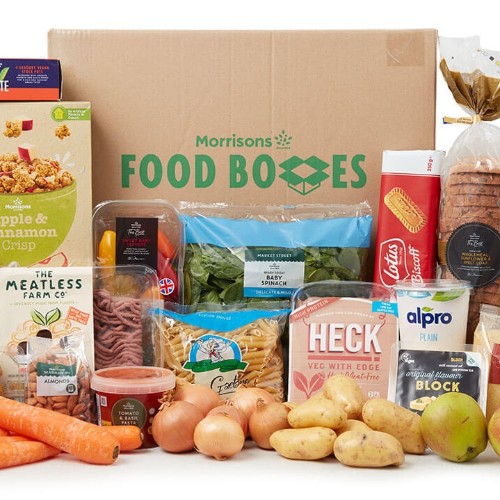 Demand is rising for plant-based foods. According to a recent report by Mintel, from 2014 to 2019, meatless food sales soared by 40 percent to an estimated worth of £816 million. By 2024, researchers expect the market to be worth £1.1 billion.

Mintel’s report also showed that the number of Brits consuming meatless foods grew to 56 percent last year from 50 percent in 2017.

“The rising popularity of flexitarian diets has helped to drive demand for meat-free products,” said Kate Vlietstra—a global food and drink analyst at Mintel—in a statement.

She added: “Many consumers perceive that plant-based foods are a healthier option. This notion is the key driver behind the reduction in meat consumption in recent years.”

The shift in attitude is not just about health, but also sustainability. Another report by Leatherhead Food Research states that more than one-third of Brits have at least one meat-free day every week. Of those aged 16 to 35, more than half are motivated by the environment.

Cindy Beeren, operations director at Leatherhead Food Research, said in a statement: “people are becoming more purposeful about food choices in the home. Manufacturers and retailers are changing their offering to meet evolving demands.”

She continued: “The message from Public Health England about reducing consumption of red and processed meat seems to be taking hold. But it’s interesting to see that, for younger adults, environmental concerns are just as important.”