You can now buy vegan marshmallows from Morrisons.

Although not yet on the shelves at Morrisons, Freedom Mallows also offers its signature product in Strawberry flavor, as well as a larger pack designed especially for toasting over a fire. It also offers chocolate-covered Mallow Bites.

“Squeezed into every packed of Freedom Mallows is the great big warm feeling that you get as soon as you pop a marshmallow into your mouth,” notes Freedom Mallows on its website. “Full of natural flavors and colors, as soon as you start to chew, you’ll discover just how huggably special a taste it is, as your tastebuds enjoy a warm cuddle, full of mallowymelt-in-the-mouthiness.”

Marshmallows normally include gelatin, which is derived from the bones of animals — most commonly pigs and cows.

Freedom Mallows says that each of its marshmallows is not only gelatin-free, but also gluten-free, fat-free, soy-free, GMO-free, and nut-free. 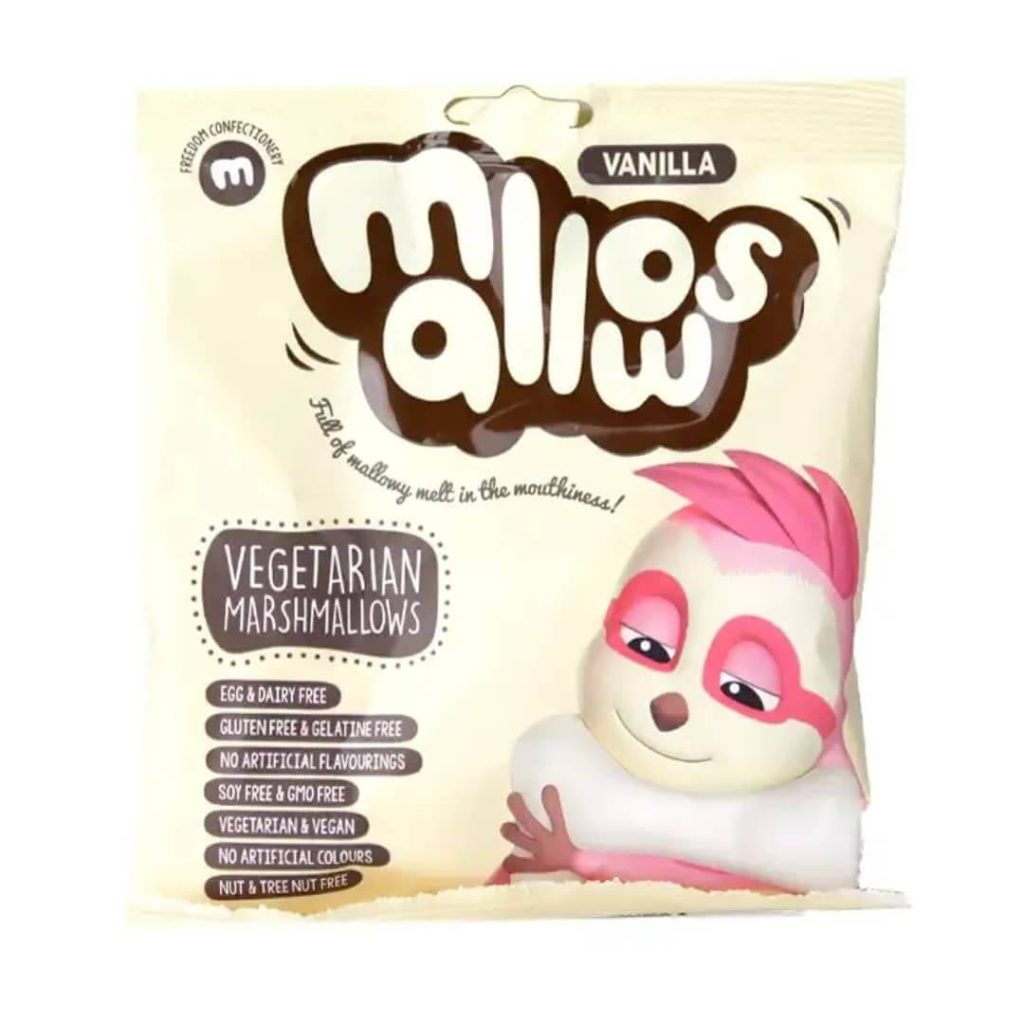 Morrisons has added a number of vegan products to its shelves recently, including a plant-based BLT grab-and-go sandwich. Instead of bacon, the sandwich includes “smoky carrot strips.” It also recently launched a vegan Cornish pasty, which features plant-based mince, as well as potato, swede, and onion, all wrapped together in flaky dairy-free pastry.

Steve Halford, Morrisons’ pasty buyer, said the product was inspired by consumers who are increasingly adopting flexitarian diets. “Some of our customers want to cut down on their red meat intake,” he said. “So we wanted to offer a pasty that’s as meat-free and as delicious as the original.”

According to a study conducted by Sainsbury’s earlier this year, 91 percent of shoppers now identify as flexitarian.

Brits are reducing or eliminating their consumption of animal products for a variety of reasons. One of the most common motivators is the environment. According to a Modular Classrooms study — conducted in March –, 57 percent of UK consumers are willing to change their eating habits to save the planet.