The major U.K. supermarket Morrisons has a new vegan parmesan on its shelves.

The latest parmesan alternative is made by plant-based cheese brand Good Carma Foods. The company took to Twitter to make the announcement of this major stockist. “We are delighted to announce that our Flavour Fusion Range of Parmesan alternatives are now in selected stores of @Morrisons in The Health and Wellbeing Section,” wrote Good Carma Foods.

This isn’t just your standard parmesan; Good Carma’s range comes in Garlic, Chili, and Original flavors. Each variety is sustainably packaged, and the company is working toward making its containers even more eco-friendly. “Our tubes are made of cardboard and the lids are recyclable,” Good Carma wrote in a thread. “We are looking into compostable lids.” 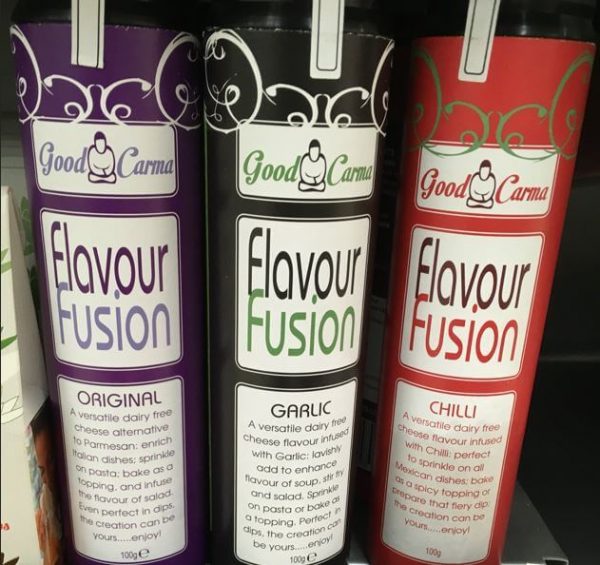 The popular vegan parmesan product joins the growing number of quality vegan cheese and non-dairy options in the UK. Recently, Whole Foods UK began retailing plant-based almond milk cream cheese by vegan brand Nush, becoming the first stockist in the region to do so. Over recent months, Tesco’s own-brand vegan cheese has been such a success that the leading supermarket is now expanding its allergen-friendly plant-based cheese to its Ireland locations.

Further, vegan pizza is also gaining traction among mainstream audiences. The UK-based fast-casual pizza joint Pizza Express just premiered its seasonal summer menu, including two new vegan options made with dairy-free mozzarella, available at 100 of its locations. Customers can also customize the chain’s other offerings with the non-dairy cheese to veganize almost any menu item. Another popular pizza chain, Bella Italia, also offers several cheesy vegan Italian pies with the option to customize. Whether shopping at the supermarket or ordering in, vegan cheese has never been more delicious and accessible to UK consumers.