Morrisons just launched vegan ‘No Pepperoni’ pizza. At £2.50, it’s less than a quarter of the price of Pizza Hut’s similar Veggie Pepperphoni option.

Morrisons’ vegan pepperoni “tastes just like the real deal,” but it’s made with a blend of pea protein and spices. It’s the first supermarket to offer a vegan pepperoni option at its pizza counters.

“We have listened to the many customers who want more vegan options at our pizza counters,” Leanne Cory, Morrisons’ pizza counter buyer, said in a press release. “[We] have worked hard to bring them their favorite toppings without compromising on flavor.”

“The new vegan ‘No Pepperoni’ pizza offers a convincing meat-free alternative and tastes just like the original,” she added. “You really won’t believe it until you’ve tried it.” 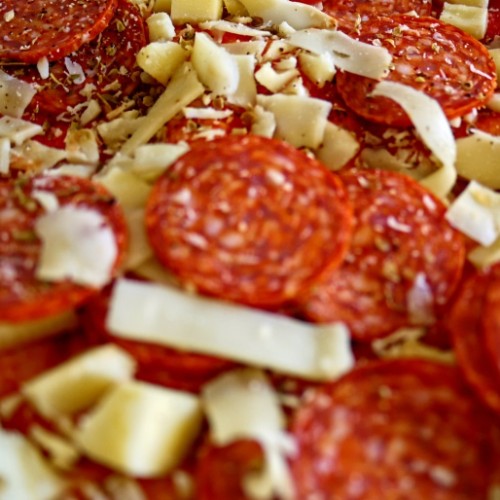 Pepperoni is still a popular pizza topping, but red meat consumption in the UK is dropping.

According to the supermarket chain, pepperoni “has long been voted the UK’s favorite pizza topping.” The new plant-based version—which retails at a “pocket-friendly” price—is for those looking to cut down on red meat.

Last year, data from the Food Standard Agency’s National Diet and Nutrition Survey revealed that red meat consumption in the UK had dropped 30 percent in a decade. Health is a primary motivator; studies have linked red meat consumption to an increased risk of cancer and heart disease.

Consumer demand is driving up sales of vegan meat in the UK. From 2014 to 2019, meatless food sales soared by 40 percent, according to Mintel.

The rising popularity of flexitarian diets is having an impact, said Kate Vlietstra, Mintel’s global food and drink analyst. She said earlier this year: “many consumers perceive that plant-based foods are a healthier option, and this notion is the key driver behind the reduction in meat consumption in recent years.”

Morrisons’ new vegan pepperoni pizza is available from pizza counters in the majority of its stores.