Finding sustainable alternatives to everyday, resource-intense food and objects is necessary for reducing our impact on the planet. And mushrooms may be one of the most versatile options.

Katy Ayers, a student at Central Community College in Columbus, Nebraska, built a canoe from mycelium.

Instead of styrofoam, Swedish furniture giant IKEA uses MycoComposite a packaging material that can be grown in a week and decomposes in 30 days made by New York-based biotechnology company Ecovative. The brand also grows animal-free leather, biodegradable packaging, and meatless meat using mycelium. 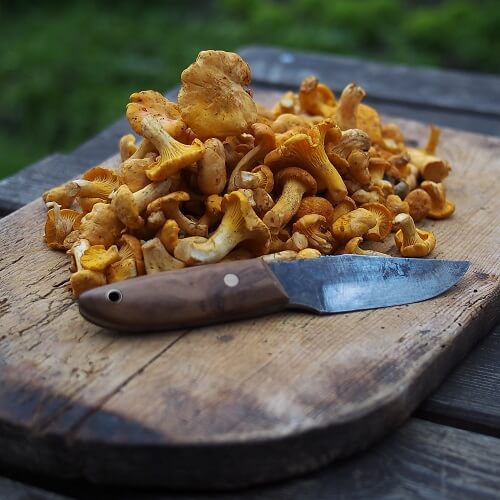 Mushrooms can be used as meat substitutes, too.

Last September, Ecovative launched the plant-based meat brand Atlast Food Co., which makes bacon. According to the brand, its bacon is a complete protein source with the nine essential amino acids.

Mushrooms may satisfy meat cravings even without food technology. Vegan chefs and brothers Derek and Chad Sarno have been honing their culinary skills using mushrooms for years.

“Their natural texture, when cooked, gives the look and feel of ‘meat,’” Derek, the Executive Chef and Director of Plant-Based Innovation at UK supermarket Tesco, tells LIVEKINDKY in an email. The Sarnos see mushrooms as an emerging trend in the plant-based food space, not only due to taste and texture, but also because of sustainability and versatility. Mushrooms are one of the most sustainably-produced foods in the U.S., according to the American Mushroom Institute.

“Mushrooms require less water, barely any sunlight (when exposed to sun it increases their vitamin D content), and can be grown in much smaller, condensed spaces freeing up land use and are an easy item for any climate indoors,” says Sarno. “That means you can cultivate mushrooms anywhere in the world!”

Sarno and his brother Chad, co-founder of the plant-based seafood brand Good Catch Foods, are currently working on a project to convert animal agriculture facilities into mushroom grow houses. They are working with Tesco on development and scale.

“We come from a result and solution-based approach,” says Sarno. “We cannot expect to just stop current systems without providing alternatives that make sense and prove to be better.”

The project will guide farmers through the transition, create jobs, boost existing mushroom operations, and encourage new entrepreneurs and growers. According to Sarno, “we’re planning to bring mushrooms to the spotlight on a global level.”