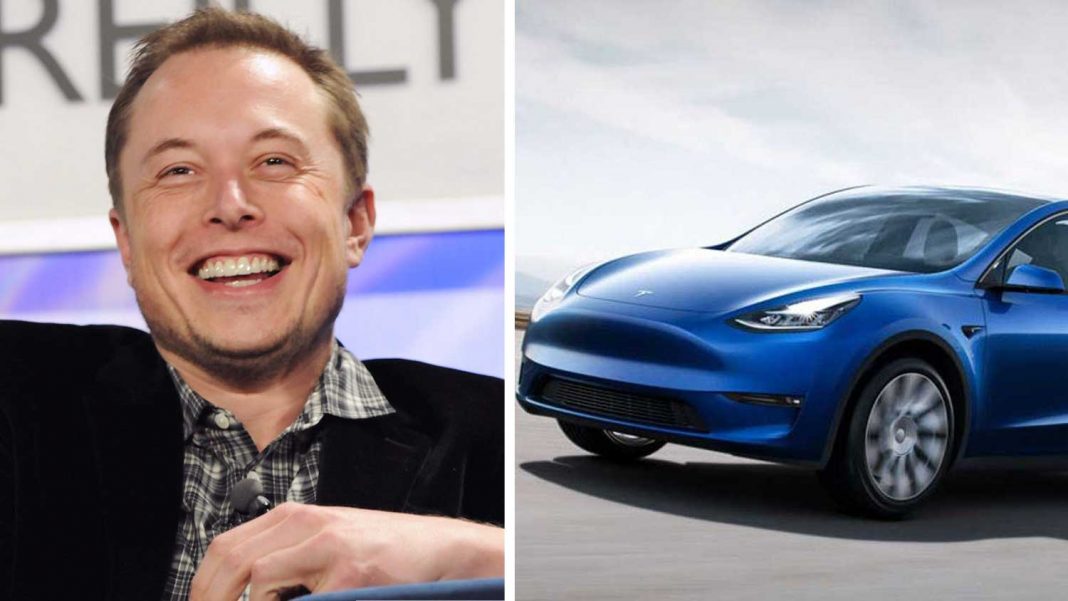 The Tesla CEO finally released new images of the vehicle as well as the first physical version being driven in at the Tesla Design Studio in Southern California last week, Mashable reports. The Model Y features vegan leather interiors and is capable of seating up to seven people. “We are bringing sexy back quite literally,” Musk said at the event.

He added that the new car has the “functionality of an SUV,” but “rides like a sports car.” The Model Y will be produced at Tesla’s Nevada Gigafactor rather than the Fremont, Calif., plant where the Model 3 was built.

Design your Model Y at Tesla.com/y

Officially classed as a “compact SUV”, the Model Y fits into a category that reportedly accounts for “49% of the new-car market in the US, according to JD Power“, as reported by The Verge.

Jessica Caldwell, Executive Director of Industry Analysis at Edmunds car retailer, told The Verge the Model Y may just become the “‘it’ car for young families” if the company can get the pricing right, due to its “roomy interior [and] flawless safety and quality”

Are Vegan Electric Cars the Future?

Nissan also recently unveiled a potential future electric design featuring vegan leather at the North American International Auto Show in Detroit. The reveal follows on from the company’s launch of the “Leaf” last year, the top-selling electric vehicle throughout Europe in 2018.

The recent influx of vegan and electric vehicles is welcomed by Musk, who made all Tesla patents public in 2014 in an effort to encourage companies to build more sustainable vehicles. “Our true competition is not the small trickle of non-Tesla electric cars being produced, but rather the enormous flood of gasoline cars pouring out of the world’s factories every day,” he wrote.

The Tesla Model Y is available to pre-order now and is due to go into production in 2020.