With warmer weather fast approaching, the mind turns inexorably to the annual chill fest that is the summer holiday. Whether you’re off jet-setting around the world or kicking back at home, the season calls for some quality reading material. And sun cream — lots and lots of vegan sun cream.

The 19 Must-Read Vegan Books and Cookbooks

While you’re indoors, this is the perfect time to catch up on the best vegan reads out there. Please note, a vegan reading list does not describe books crafted from tempeh or magazines cut from banana leaves. Rather it is our rundown of the 19 best plant-based cookbooks, vegan authors’ memoirs, and lifestyle guides for you to put in your backpack. 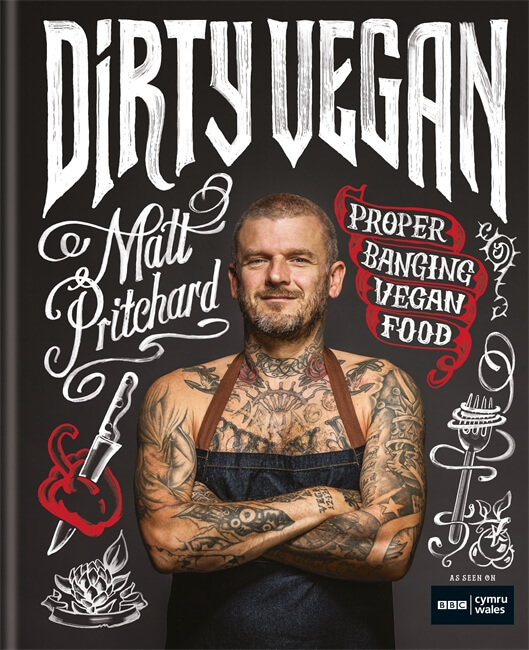 Dirty Vegan is a selection of recipes from the former prankster turned vegan athlete, Matt Pritchard.

In early 2019, Pritchard hosted the BBC’s first-ever wholly vegan cookery programme of the same name. The book is a medley of vegan recipes, from revitalizing smoothies to a full English breakfast. 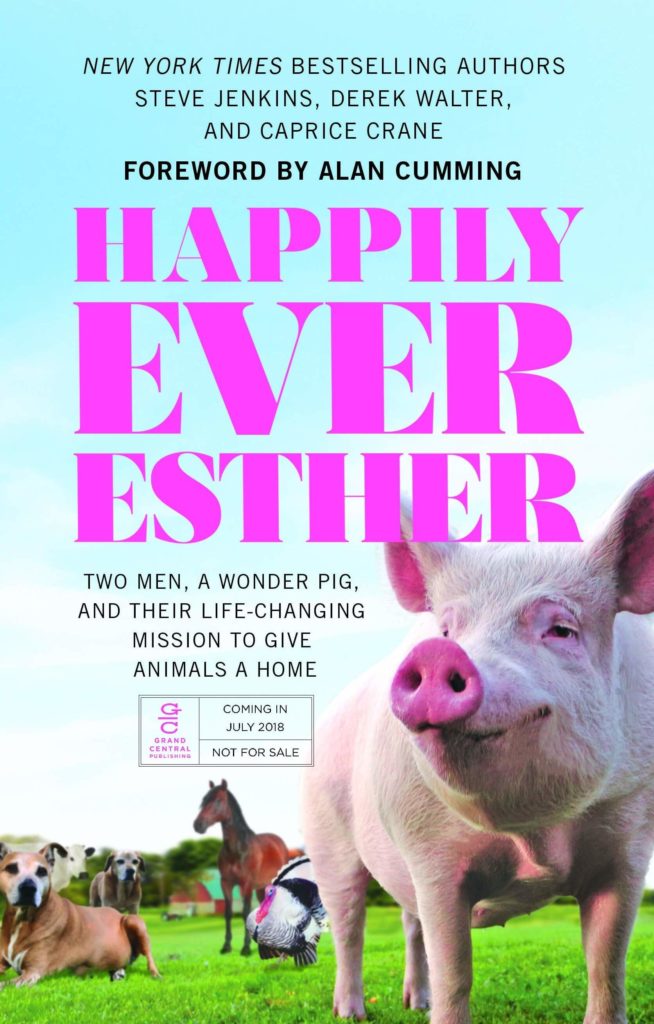 When Steve Jenkins and his partner Derek Walter adopted Esther, they thought she was a teacup pig, in fact, she grew to be a 650-pound porker. Despite being a lot more than they bargained for, Esther became the vegan pair’s porcine princess. She is the topic of a series of children’s books and she inspired the two men to set up their own animal sanctuary called “Happily Ever Esther Farm Sanctuary” in 2014. This book documents the trio’s journey. 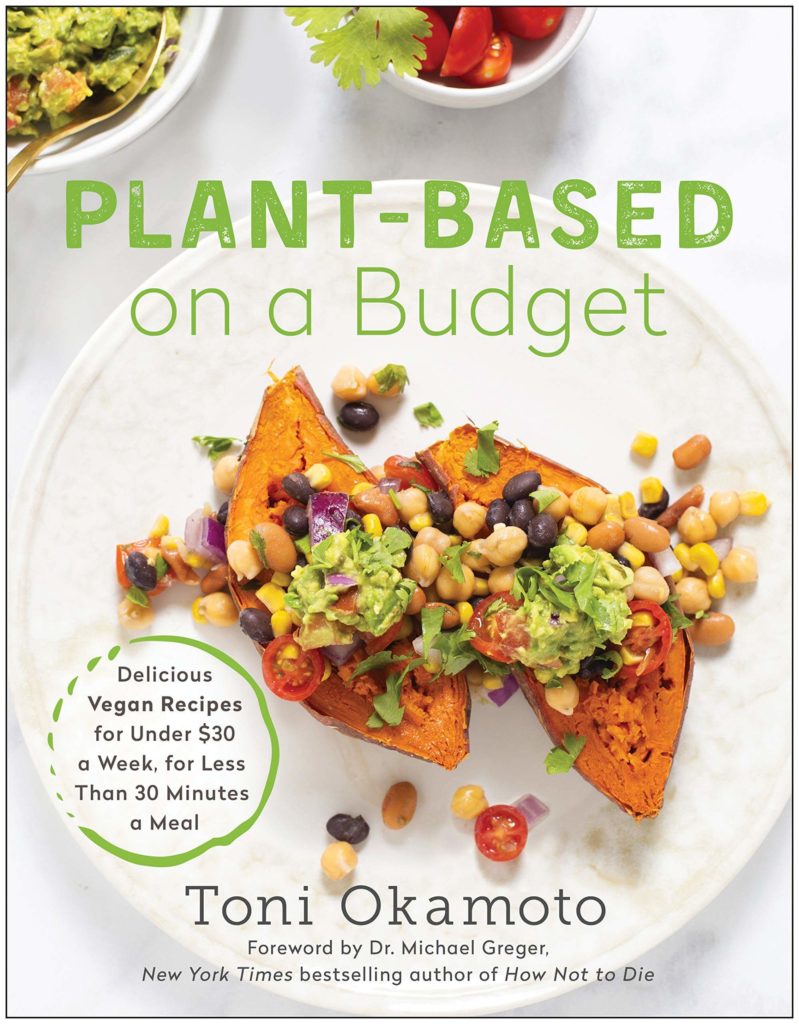 3. ‘Plant-Based on a Budget’ By Toni Okamoto

While it has never been easier or tastier to follow a plant-based diet, some vegan products can be a tad pricey, especially when it comes to vegan meats or dairy-free drinks. This new recipe book relies on whole food ingredients such as pulses, grains, and fresh veg to create delicious and nourishing meals on a shoestring. 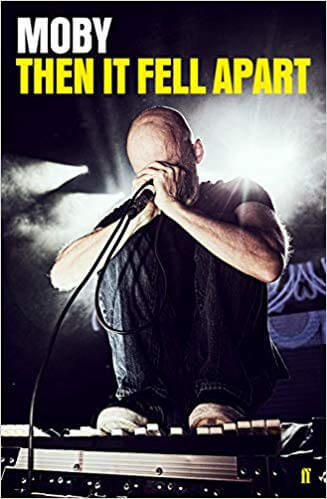 Moby’s new book is the follow up to Porcelain: A Memoir

The follow up to his book Porcelain: A Memoir written in 2016, this new offering from the American musician travails the darker side of fame. Animal rights activist Moby has been vegan since 1987 and has achieved great things for the animal rights movement in the last three decades.

As well as raising awareness of the animal agriculture industry and the benefits of a plant-based diet, Moby has also raised considerable sums of money for animal and vegan charities. His Little Pine restaurant donates all profits to animal charities and he donated all the money from his 2018 record collection sale to the Physicians Committee for Responsible Medicine. All the profits from the new memoir will be donated to various animal charities 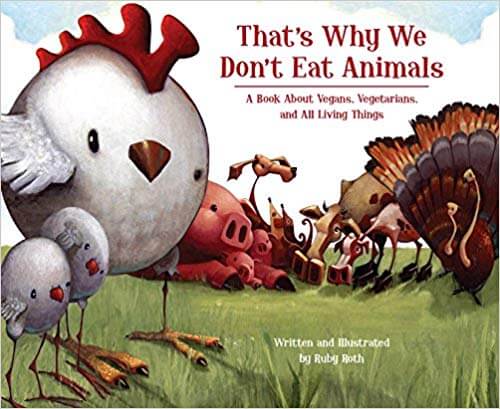 Published in 2009, this matter of fact book for ages six and above remains one of the most informative and relatable vegan children’s books on the market.

There are a number of excellent vegan children’s books which use narrative and analogy to explain the concepts of animal agriculture and welfare to young minds, usually including herbivorous dinosaurs and the odd plant-based princess. Roth’s factual approach, while less creative, avoids confusion and enables the reader to consider different choices. 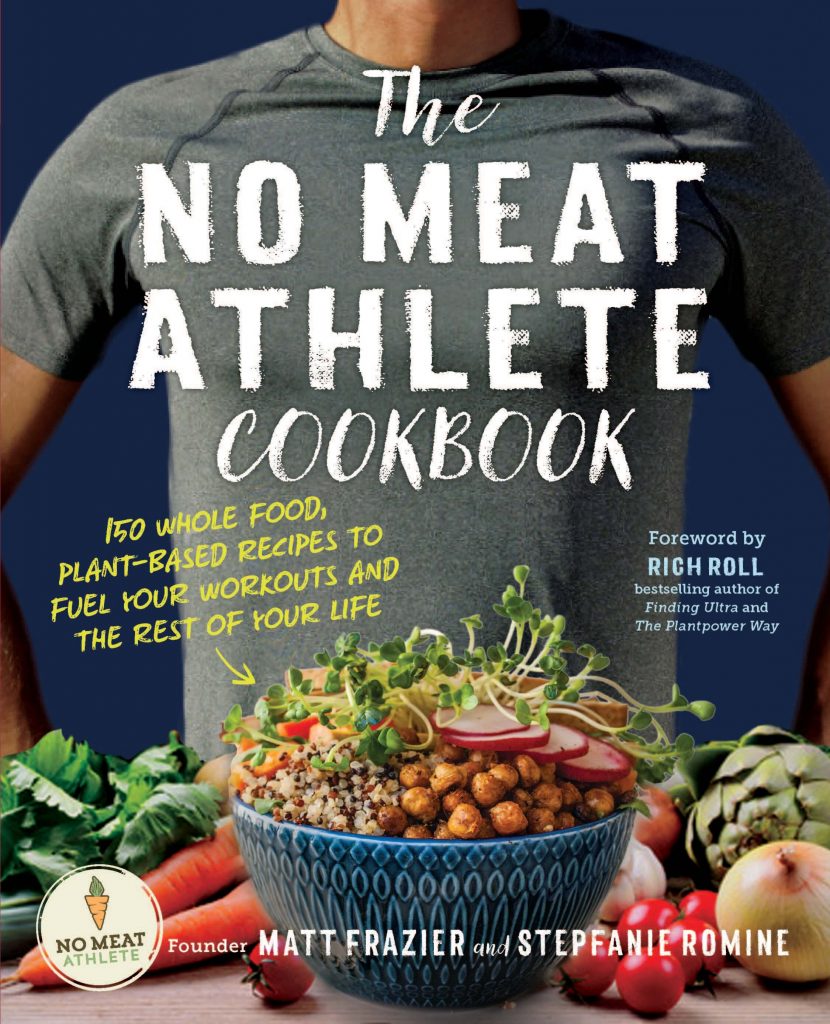 The No Meat Athlete Cookbook was published in 2017

6. ‘The No Meat Athlete Cookbook’ By Matt Frazier and Stephanie Romine

Published in 2017, this book is the work of blogger Matt Frazier and vegan author Stephanie Romine. It expounds the myth that the body needs animal protein to be fit. The book features healthful recipes focused around whole food sustenance such as spinach mushroom lasagne and jerk kidney beans. 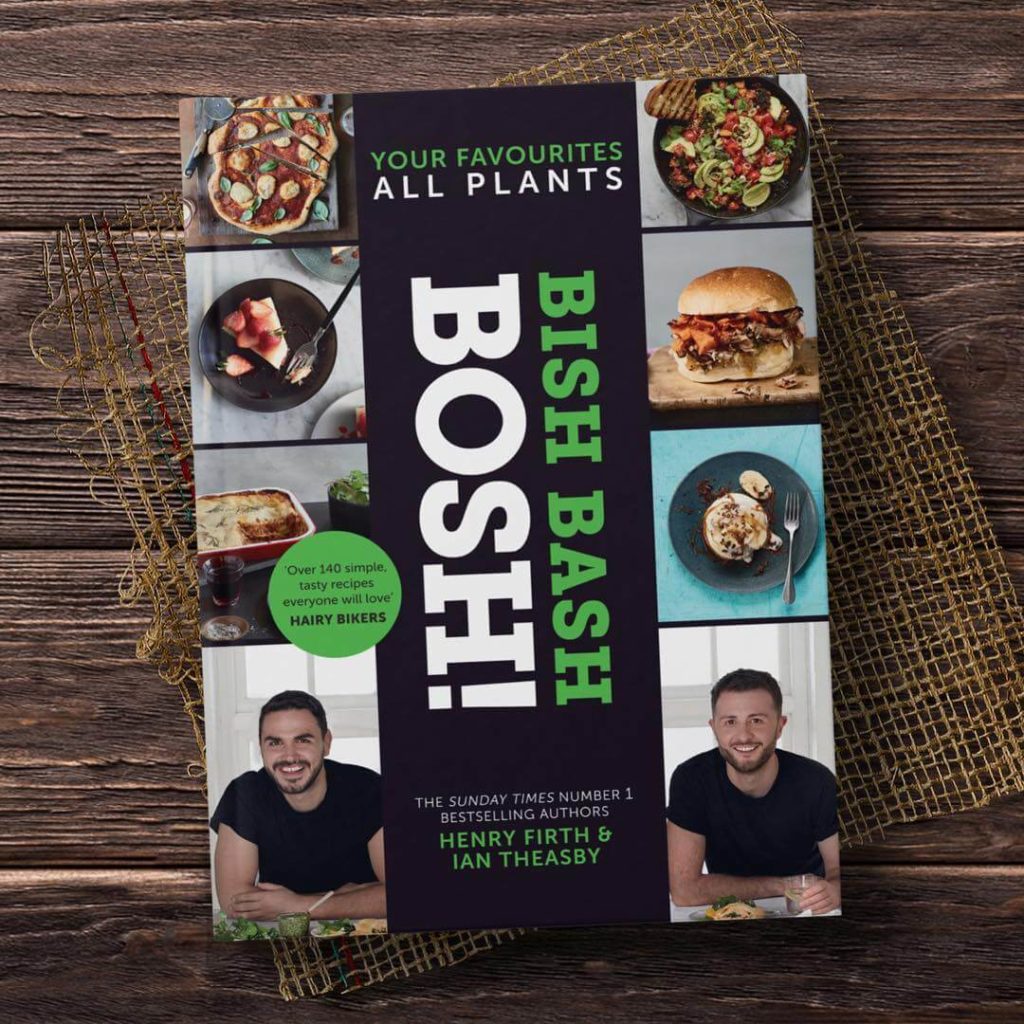 Bish Bash Bosh is the latest cookery book from Bosh

Swaggering its way onto the vegan cookery scene, this new offering from cheeky chappies Henry Firth and Ian Theasby includes dishes such as mini banoffee pie and tofish finger sandwiches. 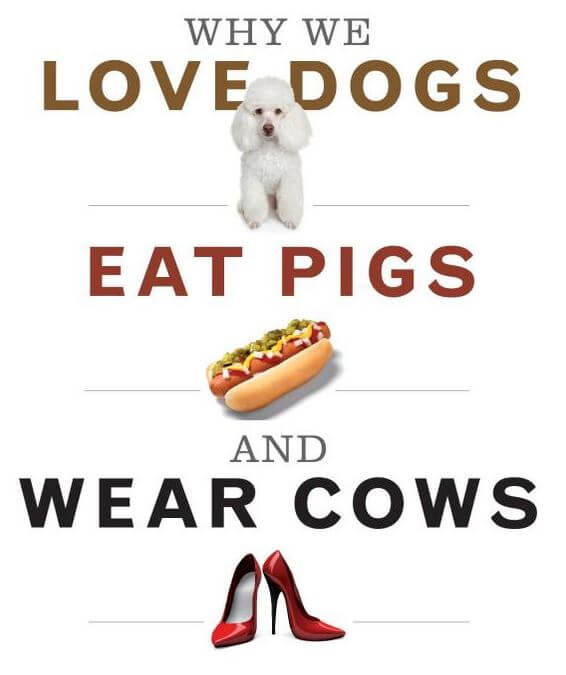 Why We Love Dogs, Eat Pigs, and Wear Cows looks at carnism

8. ‘Why We Love Dogs, Eat Pigs and Wear Cows’ by Dr. Melanie Joy

First published in 2011, this thought-provoking book examines our relationship with animals and deconstructs the concept of carnism. Written by social psychologist Melanie Joy, the work is detailed without being polemic and downright funny in places. 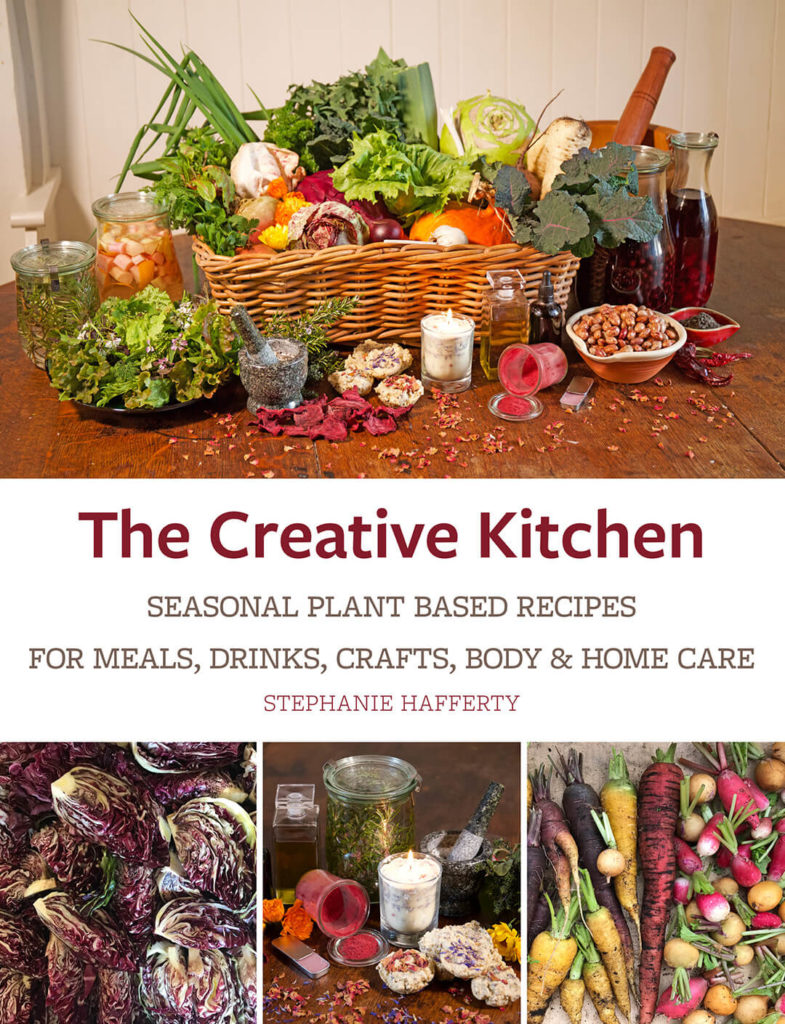 9. ‘The Creative Kitchen’ By Stephanie Hafferty

This book is all about cooking with the planet and its natural rhythms in mind. By utilizing seasonal produce and plentiful crops, Stephanie Hafferty guides the reader through homegrown, zero waste cookery. 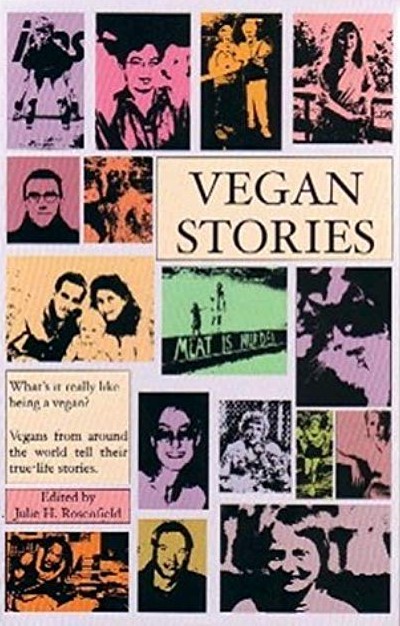 Vegan Stories is a collection of personal stories

A collection of personal stories collected from across the globe, this book explores people’s journeys towards choosing a plant-based lifestyle, the responses they’ve received, and the results they’ve seen.

Now 13-years-old, this weighty tome quickly became the plant-based bible for all plant-based chefs, vegan or otherwise. Packed with inspiring recipes such as Roasted Eggplant and Spinach Muffuletta, the book also contains soy-free, gluten-free, and low-fat recipes to suit any diet. 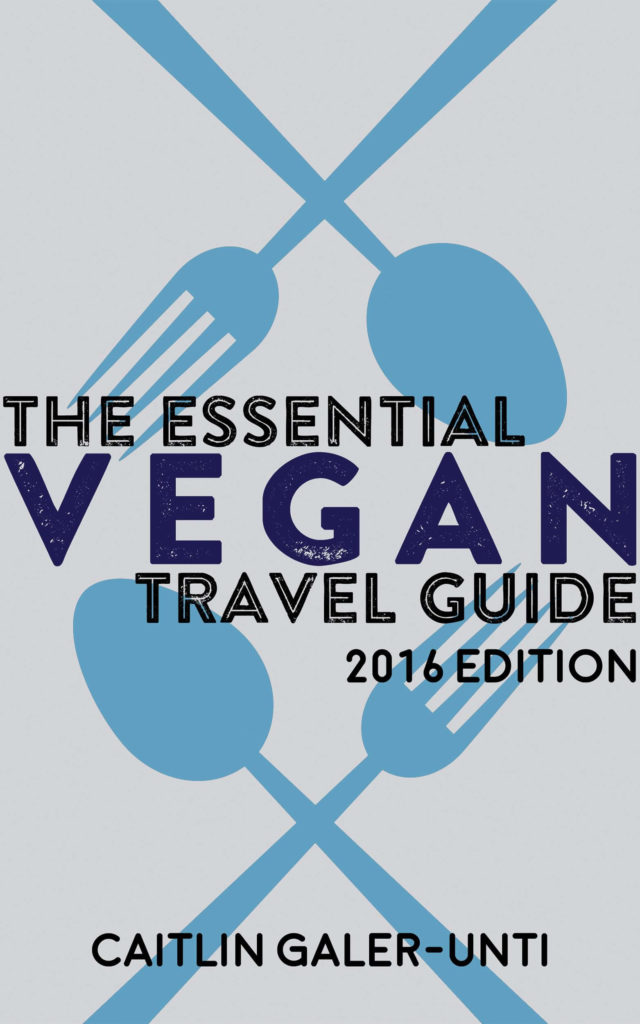 Advice on how to travel the world as a vegan

Recently updated for its 2018 edition, this nifty manual offers invaluable advice on how to trek the world as a plant-based eater. Filled with useful tips on where to eat, where to shop, and how to meet similarly minded people, the book takes the stress out of being a vegan traveler. Globe trotters may also be interested in the Vegan Passport from the Vegan Society, which now contains phrases in 96 different languages. 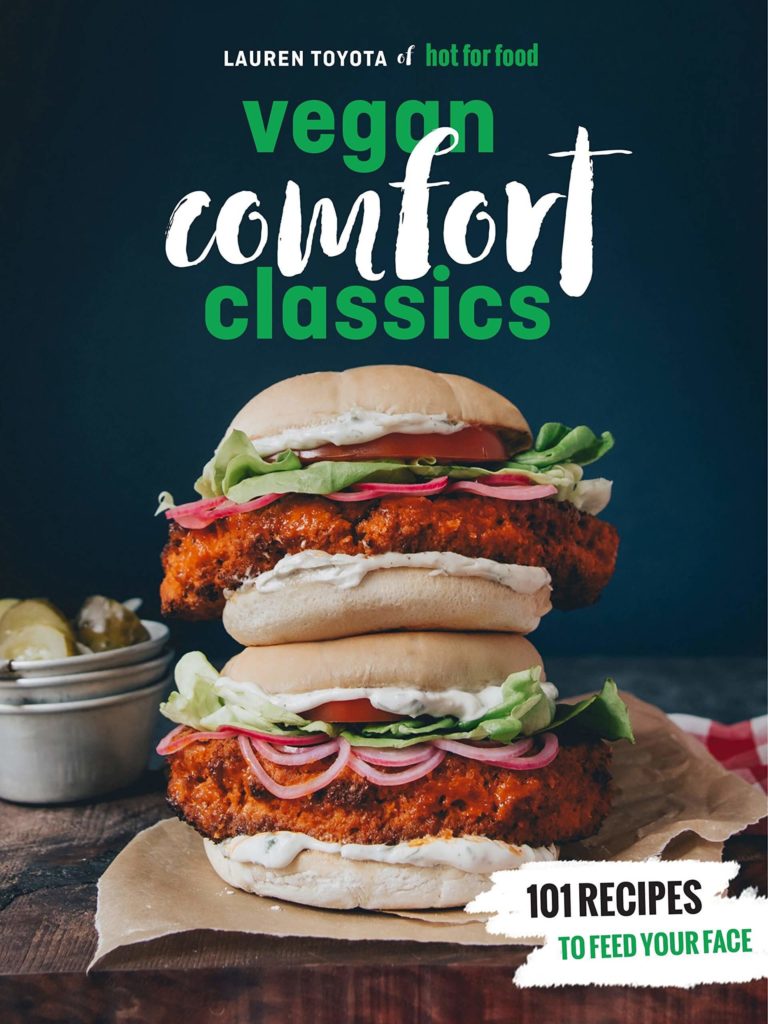 Avoiding animal-products does not automatically render a person immune to the temptations of junk food and all things stodgy.

This book by Youtuber Laura Toyota is full of go-to classics such as stuffed crust pizza and enchiladas. The book also contains a number of fresh salad and veggie-packed dishes, but these run alongside six different ways to make vegan bacon. 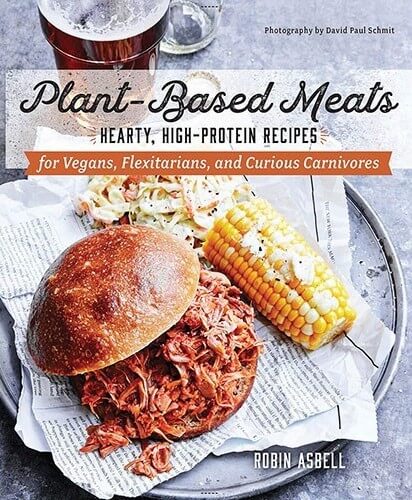 Make your own plant-based meats

Vegan meat is an increasingly popular food choice, not just among vegans but also omnivores, flexitarians, and meat-reducers. Meat made without the whopping carbon footprint and water consumption has many benefits, and this book celebrates animal-free meat with an array of recipes from jackfruit pulled pork to mushroom bacon. 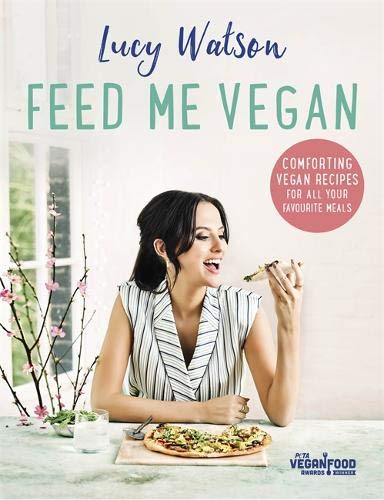 The former “Made in Chelsea” star and PETA ambassador went vegan in 2015 after watching the documentary “Cowspiracy” and has since launched two cookery books. This is the first published in 2016. 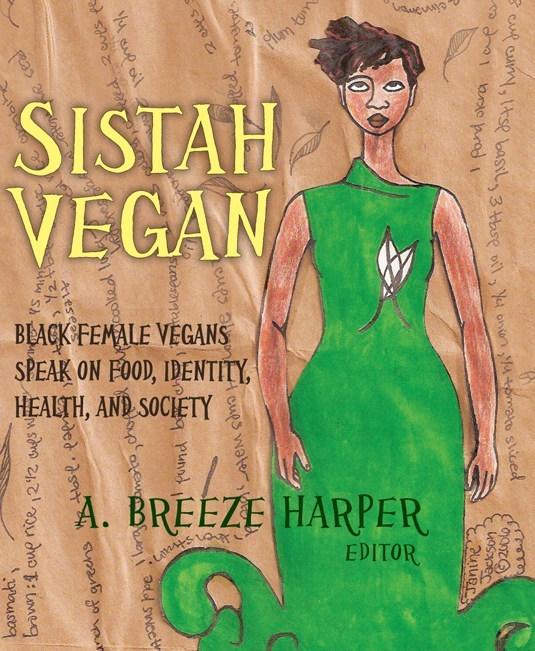 This book is a collection of works from Black vegan women abounding with personal experiences. The anthology is a heartening insight into the human condition and also explores issues of feminism, shadeism, food politics, and so much more. 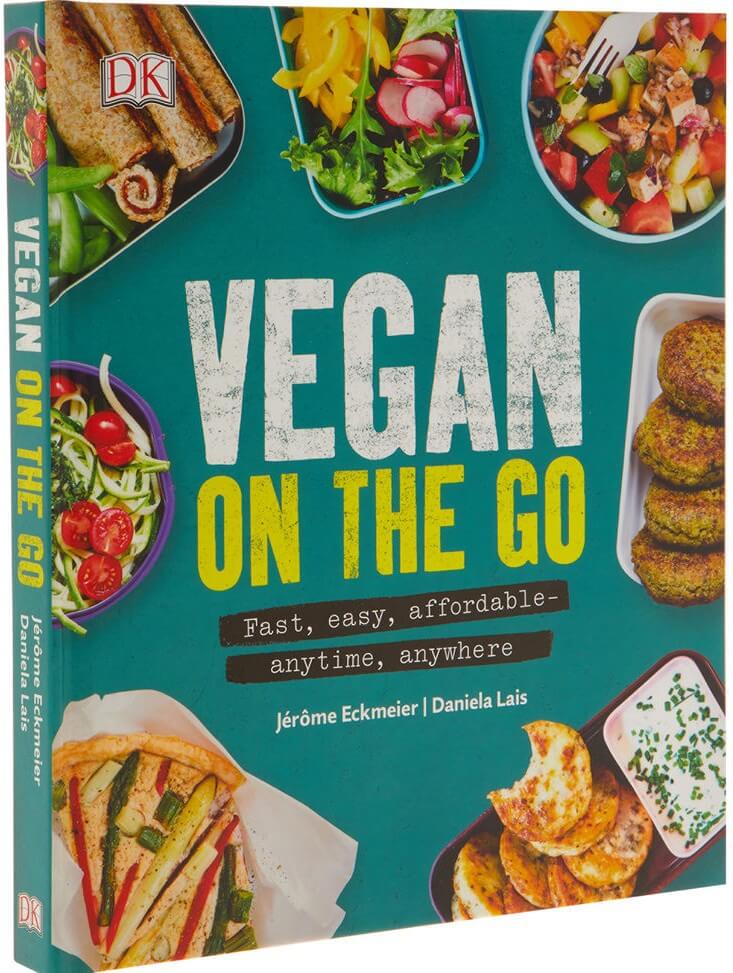 These recipes are quick, easy, and affordable.

17. ‘Vegan on the Go’ By Jérôme Eckmeier and Daniela Lais

This book includes 100 recipes for perfect plant-based packed lunches and more. With an emphasis upon affordability and fitting in with busy lifestyles, the book’s tagline is “Fast, easy, affordable. Anytime, anywhere.” 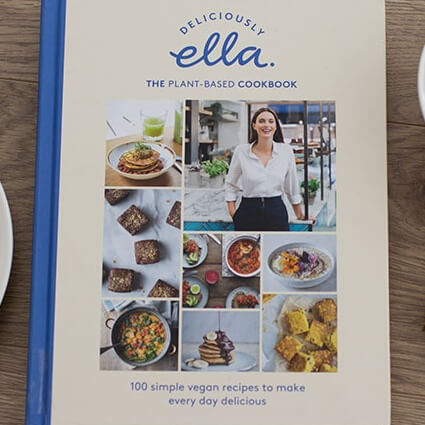 Having first turned to a plant-based diet in 2011 to alleviate the symptoms of her condition postural tachycardia syndrome (PoTS), Ella began her Deliciously Ella blog in 2012. Now a revered Telegraph columnist with her own range of snacks, ready meals, and a London eatery under her belt, this is the fourth cookbook in Ella’s successful series. 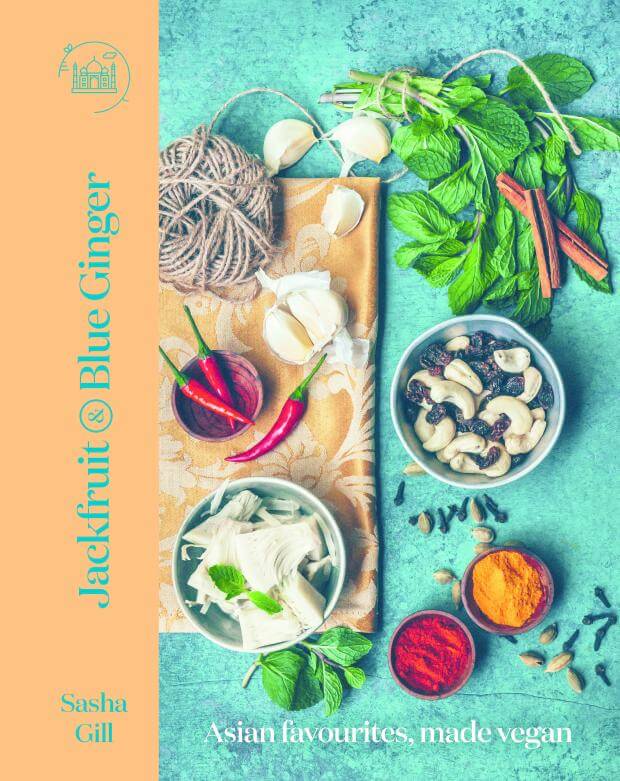