NASA scientists at the Kennedy Space Center in Florida were recently treated to a screening of “The Game Changers.” The vegan documentary was produced by Academy Award-winning director James Cameron.

The 2018 documentary explores how athletes are able to compete at the top of their game without meat for protein. Its producers include former bodybuilder and 38th governor of California Arnold Schwarzenegger and six-time Formula One racing champion, Lewis Hamilton.

The film follows James Wilks—winner of “The Ultimate Fighter” and an elite special forces trainer—as he works to dispel the myth “that meat is necessary for protein, strength, and optimal health.”

“The Game Changers” announced the screening on its official Instagram account. Photos of Wilks at NASA’s headquarters were shared alongside the caption: “Plant-based eating is the future, and not just on Earth.” 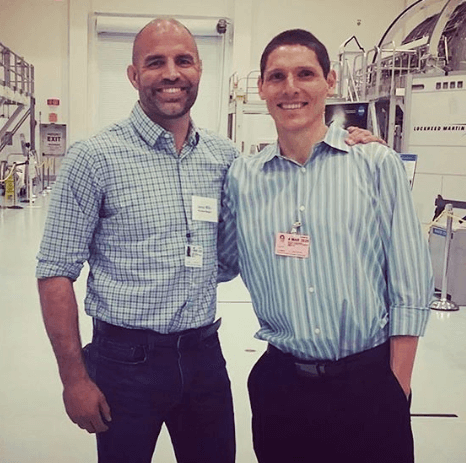 In addition to offering a free screening of the documentary, Wilks also learned about the future of food in outer space.

“We were honored to screen for NASA, where we learned that only plant foods will be grown in space — including the Moon, Mars, and beyond — due to their inherent efficiency and superior nutrient profile,” the Instagram caption read.

“The dream of every astronaut is to be able to eat fresh food — like strawberries, cherry tomatoes,” Silje Wolff—a plant physiologist at the Centre for Interdisciplinary Research in Space (CIRiS)—said in the journal Life.

“Someday that will certainly be possible. We envision a greenhouse with several varieties of vegetables,” Wolff added.

The journal Frontiers in Plant Science published the experiment’s findings earlier this month. Researchers determined the lettuce was safe to eat, nutritious, and free of disease-causing microbes.

“The ability to grow food in a sustainable system […] will become critical as NASA moves toward longer missions,” Christina Khodadad, a researcher at NASA’s Kennedy Space Center, told CNN.