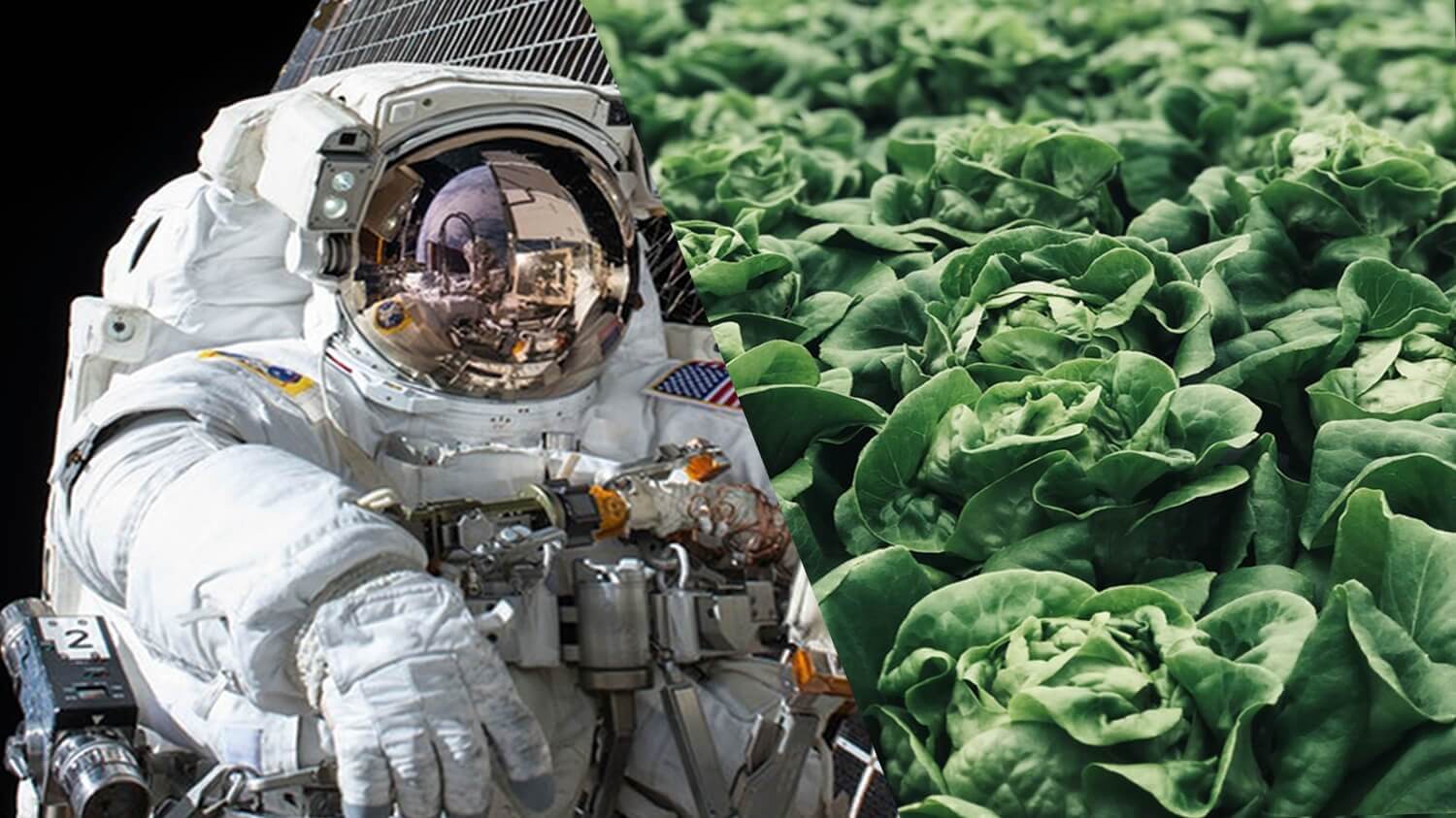 Vegan food development these days really is out of this world. In fact, NASA is attempting to grow crops in space in a bid to provide astronauts with a long-term source of food.

The experiment, aptly named “Veggie,” is said to be both an easy way for astronauts to develop their green thumbs, and essential for the future of space travel. Currently unable to store sufficient amounts of non-perishable foods onboard space flights, and with rations quickly losing nutrients in space, a replenishable source of vitamin-rich foods is needed for astronauts to travel beyond low-Earth orbit or beyond the moon for extended times.

Space gardens will not only feed astronauts, but produce more oxygen, provide a use for compostable waste, and bring happiness to home-sick crew-members. While the views of planet Earth are undeniably a source of joy for astronauts, it is thought that growing plants brings an invaluable Earthly comfort. “It’s the psychological aspect of something green and growing when you’re far away from home,” Gioia Massa, one of the project’s lead scientists, told Popular Science.

Sentimental value aside, Veggie is teaching researchers much about the growth of plants, including the effect of radiation and lack of gravity, ideal water levels, and how to combat issues of mold.

Scientists have explored how to grow crops outside of Earth’s atmosphere for decades. Soviet scientists experimented with almost self-sufficient ecosystems, in which humans survived on oxygen, water, and nutrition produced mostly within an enclosed habitat. For a 180-day trial, an earthbound crew received 80 percent of their sustenance from the self-grown wheat and vegetables. In 1982, Soviet cosmonauts successfully grew a flowering plant aboard their Salyut 7 space station. Now, NASA’s first real space garden, which launched in 2014, is seeking to produce food on an edible scale, thus far successfully harvesting lettuce. Early next year, Veggie will also attempt to grow its first dwarf tomatoes.

For those of us beneath the atmosphere, this research may seem detached from the realities of everyday food production. However, NASA’s self-contained growth systems may help farmers to grow crops year-round, or foster plants with extra protein and high yield – ideal given the surge of plant-based diets across the globe.