Nat-2 was founded in 2007 by Sebastian Thies, whose family has been involved in the footwear industry since 1856, making them one of oldest shoe dynasties in Europe. Nat-2 prides itself on innovation and “supreme quality,” according to its website, and is always searching for opportunities to create exciting, eco-friendly, and sustainable footwear.

Its latest release was developed by Thies himself, reports designboom. Available in two styles, high top and low top, the sneakers contain up to 50 percent recycled coffee, which causes the shoe to be smooth to touch and to carry a natural coffee scent.

The coffee used is selected based on which is most sustainable to harvest at the time. The remainder of the sneaker contains rubber (for the outsoles), reflective glass (for the brand’s logo), water-based glue, and padded, anti-bacterial real cork (used for the insole). 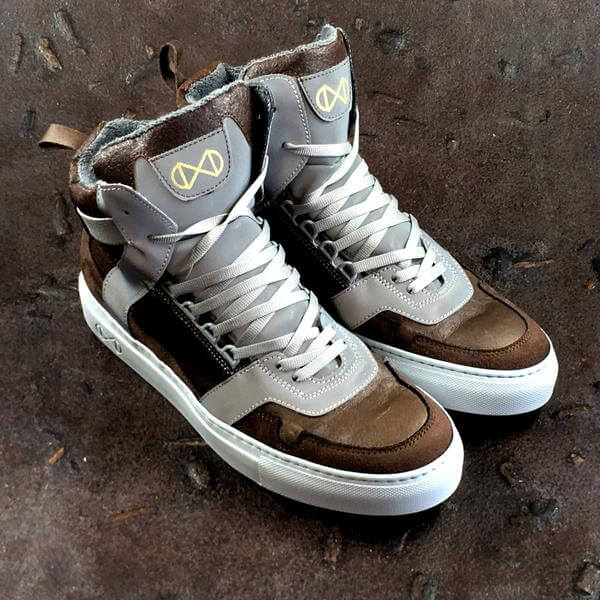 Sections of the shoe look like suede or nappa leather; these areas are created with recycled PET bottles. All of the sneakers are crafted by hand in Italy and produced under fair working conditions.

The coffee sneakers aren’t nat-2’s first foray into vegan footwear. The brand also produces animal-free shoes made out of mushrooms, and has previously used sustainable wood, stone, grass, corn, beans, and pineapple fibres in its designs.

Shoes made without the use of animal products are seeing increasing popularity as more shoppers are interested in living cruelty-free lifestyles. Sustainable fashion designer Stella McCartney creates vegan leather for many of her items, including footwear, which have attracted plenty of celebrity attention from names like Madonna and Emma Thompson.

Similarly, multinational shoe and clothing brand Adidas recently created shoes featuring plastic collected from the ocean. The vegan footwear is more sustainable than animal-derived shoes and works to reduce plastic pollution, as well as raise awareness about the issue that is increasingly harming the planet.

Adidas’ first launch of the shoe saw all 7,000 pairs selling out quickly. Now, the sportswear giant intends on producing five million pairs of the plastic shoes, which will earn the company more than one billion dollars in revenue.