LIVEKINDLY
Home Celebrity Natalie Portman Learns How to Crack a Coconut During the Bon Appétit... 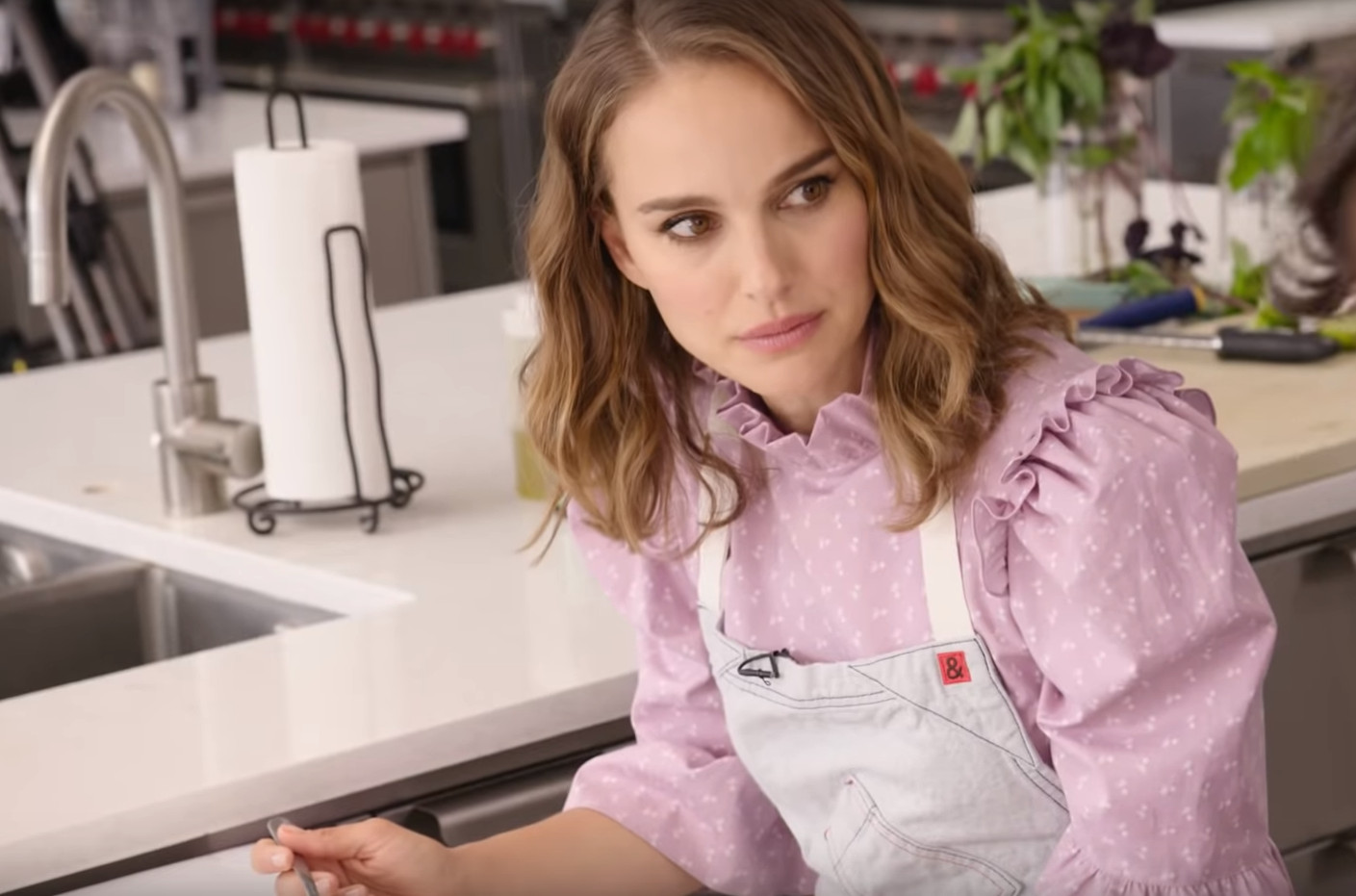 Vegan actress Natalie Portman is becoming increasingly engaged in the vegan scene following her role as the narrator in the upcoming factory farm documentary, “Eating Animals.” In her latest media appearance, she participated in a cooking challenge as part of Bon Appétit’s “Back-to-Back Chef” video series, where she was tasked with creating a vegan carpaccio.

Bon Appétit’s YouTube series pits amateur cooks against chefs to see if the home cook can keep up with the professional. Each make the same dish within the 20 minute time frame, but the catch is, the amateur cannot see the chef – they can only listen to their instructions.

Portman was paired with Carla Music, the food director of Bon Appétit, to create a raw vegan carpaccio. Before they began, the actress confessed that she was “terrified,” eyeing the coconuts which she did not know how to open. She also noted that on a scale of 1 – 10 in regards to her home cooking confidence, she considered herself at a 1.

Music gently walked her through her anxiety, and after some intense hammering, Portman successfully cracked open the coconut. “It’s very fulfilling when it finally cracks,” she exclaimed. The pair moved on to cutting giant watermelons, then Portman’s most feared task – the mandoline. After a few attempts, she sliced zucchini, watermelon radishes, and beets without losing any fingers. After seasoning each ingredient, Portman artfully arranged them on a plate, finishing the dish with some lime zest, lime juice, a few torn leaves of basil, and olive and sesame oil.

The two finally turned around to present their dishes to one another, each complimenting the other’s work. When it was time to eat, Portman said she enjoyed the surprising flavor of the sesame oil. Music asked how Portman would rate herself, now that she had a few more cooking skills up her apron sleeves. “Like, a four,” Portman guessed. However, Music insisted that her dish was certainly worthy of a nine.

Despite the actress’ lack of kitchen confidence, she has pitched the idea of a vegan cooking show in the past, during a screening of “Eating Animals.” Perhaps Portman is merely training for her breakout Food Network debut.