LIVEKINDLY
Home Celebrity Natalie Portman Debunks All the Vegan Questions Like a Lady Boss in... 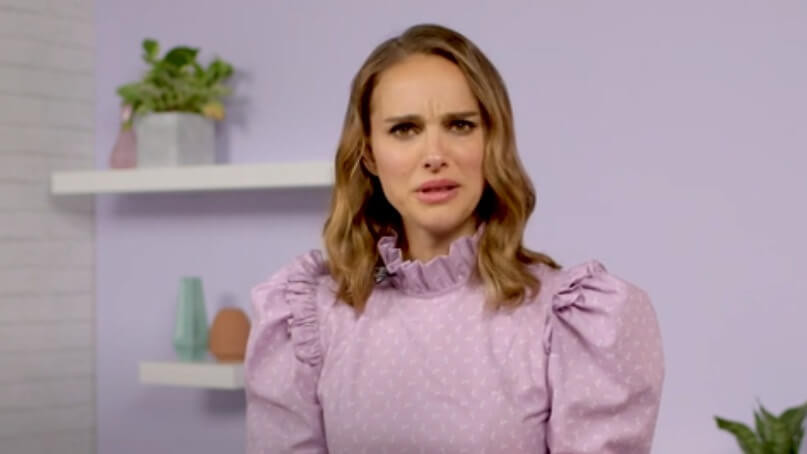 Vegan celebrity Natalie Portman made a recent appearance in a video for global lifestyle media publisher PopSugar in which she was asked to dispel myths about veganism.

The short, but informative video touched upon a variety of topics, ranging from familial relationships, finding good-tasting vegan food, the cost of a vegan diet, and more. Unsurprisingly, Portman handled it with all of the grace of a true vegan Lady Boss.

The video began with one of the most common reactions to a vegan diet, that humans have been eating meat since the dawn of time. To which Portman replied without hesitation, “Well, humans did a lot of things since the beginning of time that we don’t do anymore.”

Questions related to family and relationships with omnivores were also addressed, such as: “Can you only date other vegans?”

Portman replied, with good humor: “My husband’s not vegan at all, and I date him every day.”

When asked if her children have to be vegan, Portman asserted her belief that everyone should be able to decide for themselves, but has mentioned that raising a vegan family comes “really naturally.” She expressed a similar welcoming point-of-view when asked about whether or not one should invite a vegan to a barbecue with meat. “That’s cool,” Portman replied. “I like to hang out with people who eat whatever they want to eat because I think everyone should make decisions for themselves.”

The vegan actor also addressed issues such as what to do if you want to try eating vegan, but hate the taste of tofu. She recommended trying the vegan Impossible Burger, as well as the wide array of new vegan products that are increasing in availability across the U.S. In terms of a plant-based diet being too expensive, she recommended cheap, healthy vegan ingredients like rice, beans, lentils, frozen vegetables, and pasta.

While Portman delivered useful vegan advice without missing a beat, some questions gave her pause, such as the age-old question of what a vegan would do if they were stranded on a desert island.“Unlikely,” she replied. When told that she doesn’t look like someone who’s vegan, Portman asked if it meant that she should be wearing leather-free Birkenstocks.

The producer and narrator of the documentary “Eating Animals” has made a number of media appearances as of late in order to promote the film.