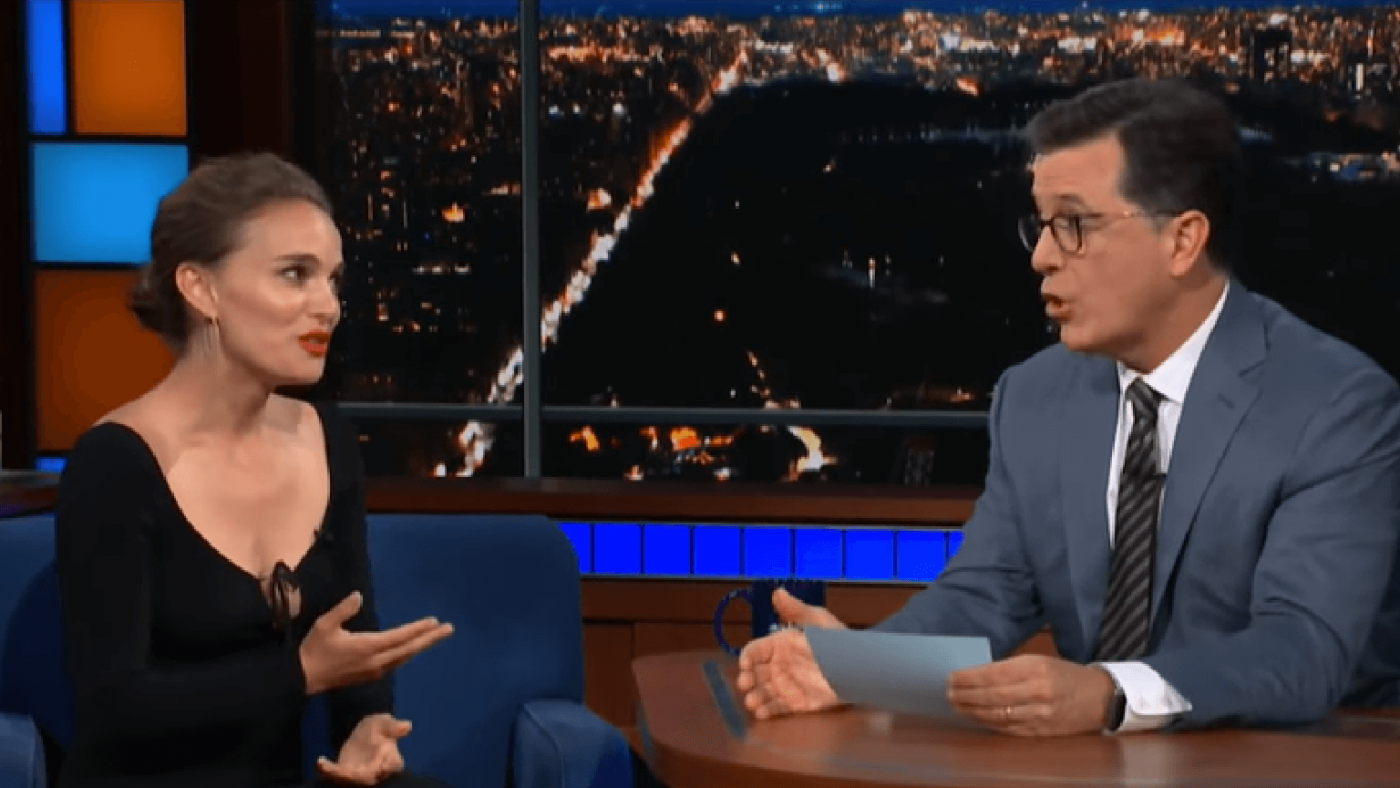 Vegan celebrity Natalie Portman recently made an appearance on “The Late Show with Stephen Colbert.” The pair spoke about plant-based diets, joked about the sentience of carrots, and discussed the documentary “Eating Animals,” which Portman produced and narrated.

“So you have a documentary now called ‘Eating Animals,'” Colbert began. “Do you not eat animals?”

“I do not eat animals,” Portman replied. The actor explained she became vegetarian at age nine and has followed a vegan diet for the past seven years. She continued, saying to Colbert, “And I understand that you had a period of your life where you did not eat animals.”

“For seven months,” Colbert confirmed, explaining he had experimented with a plant-based diet last summer. “…Nothing that had eyes passed my lips. Nothing with a hoof, nothing with feathers or scales, no milk, no dairy or anything like that for seven months. I lost a bet.”

Colbert added that his wife, who went vegan with him in the summer, is still sticking to the diet. Colbert himself no longer eats “anything with a hoof” and revealed he is close to ditching meat altogether.

The two then talked about Portman’s reasons for being vegan (health and ethics), as well as “Eating Animals” that premiered in New York City this weekend and will roll out into theaters across the US in coming weeks.

“What the movie goes into a lot is factory farming, which is 99 percent of how all animals — dairy, and eggs included — are raised,” Portman said. “Also, it’s like the number one source of pollution, more than cars, anything else.”

Portman and Colbert then watched a clip from “Eating Animals” that showed a farmer from a small poultry farm. Colbert asked how consumers can demand more sustainable meat options like what is produced on smaller farms.

While she asserted that small farms are better for the environment, Portman stated they cannot sustain the consumer demand for animal products. The solution, she said, apart from cutting out animal products altogether, is to try eating a vegan meal once a day or at least once a week.

This isn’t the first time Colbert has taken an interest in veganism. Last week, he praised vegan celebrity Alicia Silverstone for her commitment to a plant-based diet.