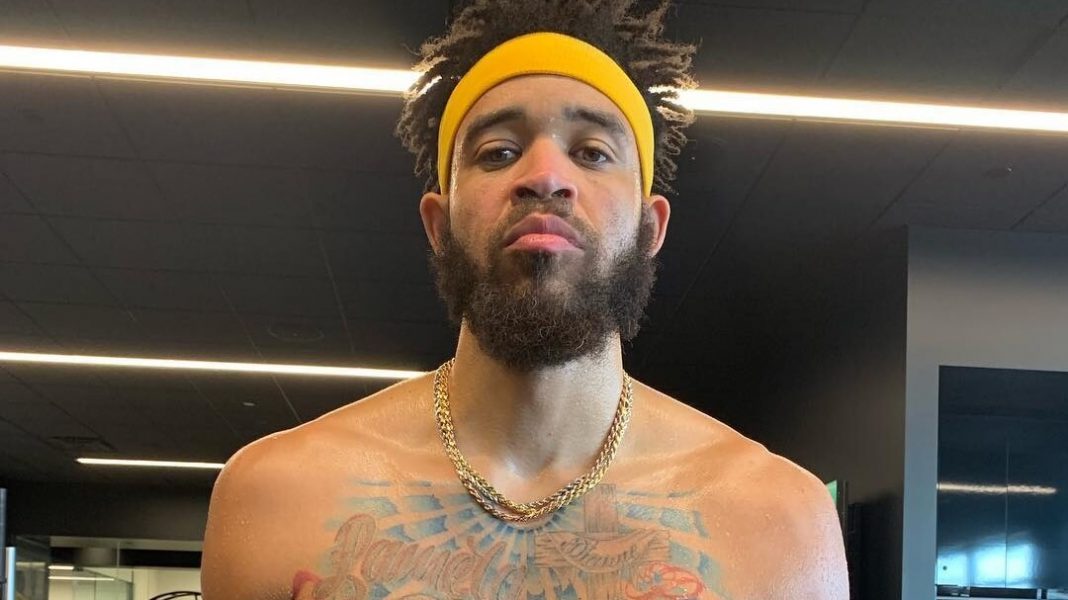 McGee turned to plant-based food in 2015 when he realized he had to improve his health. Speaking to the Los Angeles Times, the Lakers center and two-time NBA champ said, “I was in Dallas and I had gained weight and knew becoming a vegetarian was the quickest way to lose it,” he said. “I just wasn’t sure if I could do it.”

McGee, who at the time was playing for the Dallas Mavericks, learned about the Beyond Burger, a plant-based patty made by California-based vegan meat brand, Beyond Meat.

Made from pea protein, the Beyond Burger looks, cooks, and tastes like beef. It was “really good,” according to McGee. “Like I couldn’t tell the difference between that and meat. I thought, ‘If I can make it taste good and I’m not really a cook, imagine what a chef could do,” he said.

Next Game! KEEP YA HEADZ HI!

With it, the burger brought McGee “renewed energy,” the LA Times said, highlighting that the athlete had gone from “being a joke to a bit player on two championship teams” since ditching meat. Last year, McGee said going plant-based helped him lose 20 pounds, and added that the diet makes him “feel amazing.”

Veganism in the NBA

Although meat is typically seen as necessary for top athletes, other NBA stars have credited vegan food off the court for improving their athletic performance Kyrie Irving of the Boston Celtics said that his animal-free diet is makes him a better player. Acknowledging that he “had to get away” from animal products, Kyrie adopted a vegan diet. “[M]y energy is up. My body feels amazing,” he said.

Irving, along with 13 other top athletes, including NBA legend Shaquille O’Neal, recently became investors and ambassadors for Beyond Meat. Speaking about the partnership, Irving said that his lifestyle “demands a very specific diet.”

“Beyond Meat is the best thing that I could be a part of and it only helps me better perform as an athlete,” he added.