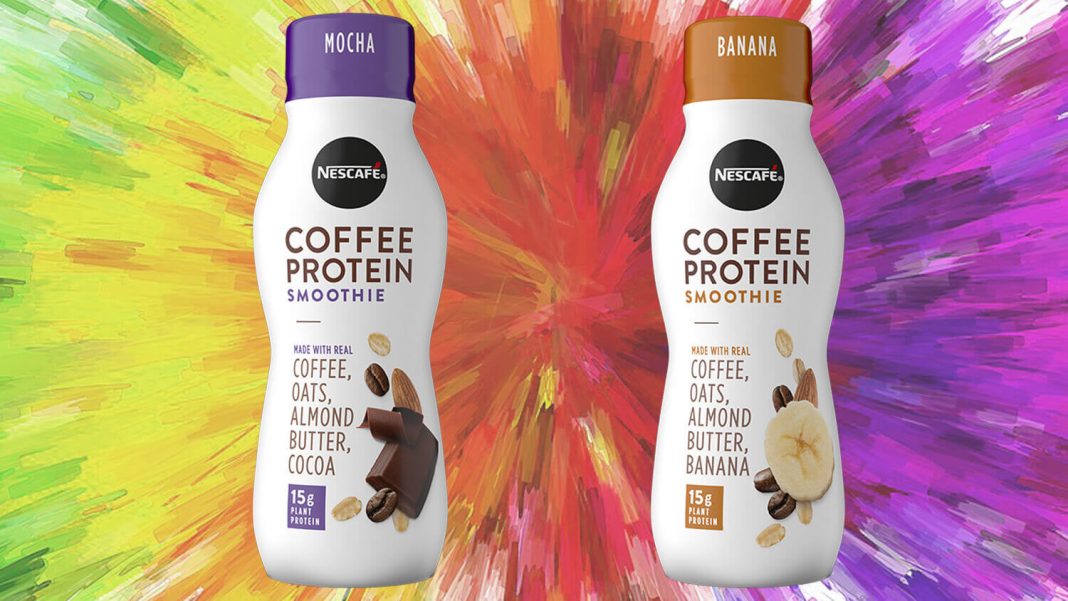 Beverage Daily reports that the two new beverages, called Coffee Protein Smoothies, are part of Nescafé’s efforts to appeal to the demand for indulgent but healthy food. It comes in two flavors, Banana and Mocha, and is being marketed as a meal replacement. According to the brand, 70 percent of coffee-drinkers would rather skip breakfast than their coffee.

Avantika Chakravorty, marketing manager for Nescafé’s coffee RTD, explained that the brand also saw an opportunity in the rising demand for plant-based options. Each bottle contains 15 grams of protein from oats, almond milk, and almond butter. “[Customers] are looking for functional coffee moments and they want their coffee to do more than just provide caffeine,” she said.

What an amazing view! The nature ain’t bad either ?. ? captured by @alynn_az #nescafe #itallstarts #coffeemoments #breathtaking

“Nestlé continues to meet the ever-changing needs and preferences of customers. We know that consumers are looking for plant-based options and continue to see that category grow,” the company said in a statement.

Nescafé is not the first coffee brand to launch plant-based smoothies. Earlier this year, Starbucks added cold brew coffee smoothies made with vegan pea protein to its menu. “Plant-based beverages, plant-based proteins are a choice that many consumers are gravitating toward,” CEO Kevin Johnson told investors in June.

Nestlé and the Plant-Based Food Market

Nestlé, one of the largest food and drink companies in the world, has steadily been working to increase its vegan offerings. In 2017, it launched non-dairy ice cream pints through its brand Häagen-Dazs. The line was so successful that last April, it released four additional flavors.

Last September, Nestlé launched a range of natural plant-based milk and fruit juice blends in Mexico and Ecuador under the label “Nature’s Heart.”

“This investment allows Nestlé to strengthen its presence in fast-growing categories such as healthy plant-based foods, beverages and snacks,” said Laurent Frexie, CEO of Nestlé Zone Americas. “It is also aligned with our vision to be the leading nutrition, health and wellness company.”

The new Coffee Protein Smoothies are set to launch nationwide on January 1.