Nestlé has launched a vegan version of Milo in Australia.

Up until now, the popular cocoa malt beverage has only been available with milk powder. The new plant-based version replaces the powder with soy and oats, reports Food Ingredients First. The rest of the core ingredients list has remained the same.

Milo’s development team has ensured the vegan version has the “unmistakable choc-malt taste and iconic crunch” of regular Milo, says Nestlé. It has a lower sugar content, as well as a combination of vitamins and minerals, which help to support effective energy release.

According to Trevor Clayton, head of the dairy business unit at Nestlé, the new option intends to satisfy rising consumer demand for healthy, environmentally-friendly products.

“We already have some great plant-based products and are now adding one of our biggest global brands with Milo,” he said in a statement. “We’re continuing to make good on our promise to offer consumers food that is right for them and right for the planet.”

Australian shoppers are excited about the new release. One Twitter user posted, “someone just reversed into my car but then I found the vegan Milo so I guess it all equals out.” Another wrote: “they came out [with] vegan Milo I’m so happy.”

According to News Hub, the new product isn’t in New Zealand supermarkets yet, but Nestlé expects it to arrive in the country this May. 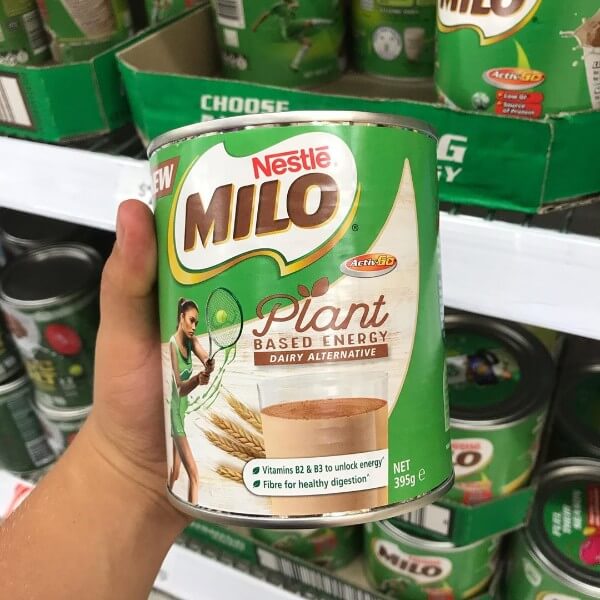 Vegan Milo is now available to buy in Australia.| @warriorforanimals

The Swiss food giant is offering more vegan products than ever before. It’s even selling its majority stake in German sausage brand Herta Charcuterie to strengthen its focus on vegan food and drink.

The sale was first mentioned in February 2019 at a press conference.

“Inside food and beverage, if you think about today’s announcement on Herta, it really shows how we are positioning the company towards what is benefiting from higher growth and future areas such as plant-based offerings that are very much on-trend with where consumers are heading,” said CEO Mark Schneider.