Consumer demand for plant-based meat alternatives is growing, and with it, the demand for the crops needed for production. Canada is one of the largest pea-producing countries in the world and is the primary grower of canola. Both crops are high in protein and versatile ingredients for plant-based food and drink.

According to Reuters, Nestlé’s deal with the two companies is long term and has no expiry date. Merit plans to build a 20,000-tonne-per-year plant by the end of 2020 in Winnipeg, Manitoba. The new facility will produce both pea and canola-based proteins using Burcon’s technology, and further expansion is already planned.

“It’s a little bit like Christmas morning for those of us who have been doing this for 20 years,” said Johann Tergesen, Chief Executive at Burcon. “In the early days, I had to explain to people what protein was. Now it has been a wild ride.” 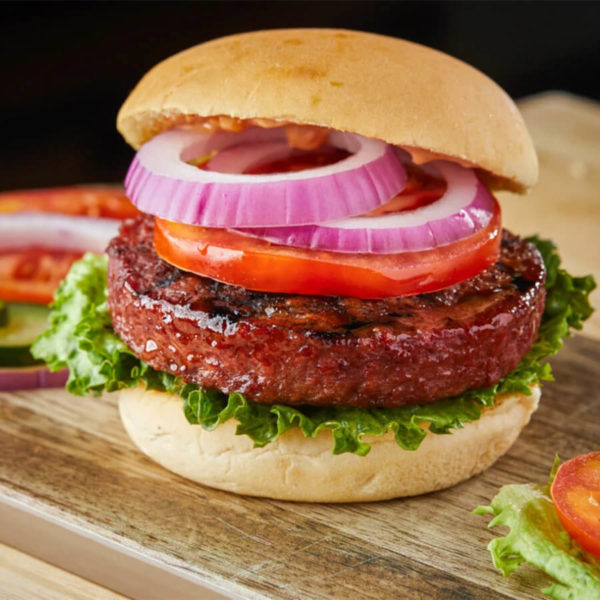 Nestlé is expanding into the plant-based market. | Image/Sweet Earth

Companies reliant on animal products are increasingly branching out into plant-based alternatives. Nestlé is no exception, and in recent years, has added several producers of vegan food to its portfolio. Nestlé launched Sweet Earth’s Awesome Burger and Awesome Grounds at American retailers last year and has released similar vegan products in the EU through Garden Gourmet.

The company recently announced it would no longer produce dairy ice cream in the U.S., and sold off its ice cream business to Froneri for $4 billion. Nestlé is also selling the majority of its stake in Herta Charcuterie, a German sausage brand. The company has said it will continue to move away from animal products in favor of plant-based alternatives.

“Inside food and beverage, if you think about today’s announcement on Herta, it really shows how we are positioning the company towards what is benefiting from higher growth and future areas such as plant-based offerings that are very much on-trend with where consumers are heading,” said Schneider.