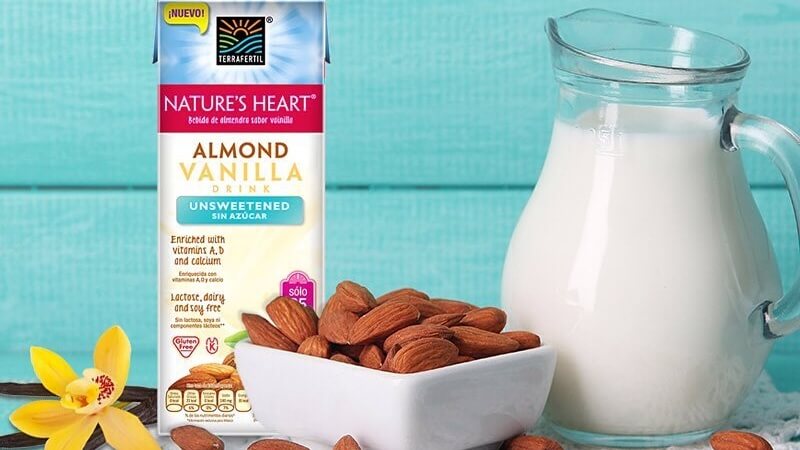 The news of the Nestlé’s new product range closely follows the announcement that the world’s largest food and beverage company has taken a majority stake in Terrafertil, a natural foods brand founded by five Ecuadorean entrepreneurs in 2005. The company is a major producer of goldenberries, a native Peruvian fruit that has gained popularity as a superfood in recent years. The new line of nut milk-based beverages will be launched through the Terrafertil brand and will package and distribute the nut and juice drinks under its Nature’s Heart line.

“Consumers these days are increasingly looking for organic and natural food with high nutrient content,” said Laurent Freixe, CEO of Nestlé Zone Americas.“We are delighted to have Terrafertil as part of the Nestlé family, as we believe that they have built an exceptional foundation in providing consumers with a wide range of high-quality modern nutrition products.”

According to the official website, Terrafertil produces plant-based milk and fruit juice blends for the Latin American market in a variety of flavors. The sugar-free vegan almond milk-based beverage is sold in the combinations Almond + Peach, Almond + Red Fruits, Almond + Tropical Fruit, and Almond + Apple. Other plant-based products sold under the Nature’s Heart brand include mixed nuts, powdered and liquid vegan milk, coconut water, and dried fruit. Nestlé believes that the acquisition will position the company to be a leader in the plant-based food category in the Americas. Nature’s Heart is currently distributed in Mexico, Colombia, Ecuador, Peru, Chile, the UK, the US, and 17 other markets.

“This investment allows Nestlé to strengthen its presence in fast-growing categories such as healthy plant-based foods, beverages and snacks,” Frexie continued. “It is also aligned with our vision to be the leading nutrition, health and wellness company.”

“We will synergize the innovative spirit of Terrafertil with the strength of Nestlé in developing brands,” the brothers said in a statement. “We will combine forces to grow distribution, accelerate Research and Development, expand our marketing efforts, and most importantly, expand the positive impact we have on the communities and ecosystems where we operate.”

In recent years, Nestlé has taken an increased interest in the plant-based food market. In September 2017, the global food giant acquired the American vegan meat brand Sweet Earth. Last March, it launched a line of vegan and vegetarian meals in major UK grocery stores under the Garden Gourmet brand. Nestlé may also be looking into manufacturing vegan infant formulas – earlier this summer, it filed a patent for a plant protein-based, hypoallergenic baby formula.

Nestlé’s acquisition of Terrafermil is in line with an announcement made last June. According to Stefan Paltzer, the company’s chief technology officer, the brand is working to add more plant-forward brands to its portfolio in order to compete with smaller companies that are capturing the consumer demand for vegan products.