Today, Fortune reported that the World’s largest food and beverage company, Nestlé has moved forward with the acquisition of veggie food company Sweet Earth. The award winning organic food makers specialize in vegetarian and vegan products, with its entire range being 100% meat-free.

Currently sold across at least 10,000 stores in the US, including in major chains such as Target and Whole Foods, Sweet Earth’s product line is comprised of healthy artisan bowls, plant based ‘breakfast meats’, veggie burgers, ground meat and conveniently wrapped burritos for those eating on-the-go. Whilst their range is not yet entirely vegan, this acquisition is certainly a bold move for the global food giant and indicates a clear public demand for more meatless convenience foods. The article by Fortune notes:

“The Swiss-based food giant says it expects the U.S. market for plant-based foods such as Sweet Earth’s Harmless Ham and Benevolent Bacon to be worth around $5 billion by 2020, as environmental and dietary trends push consumers in the direction of more sustainable food production methods. Sweet Earth trades on the fact that its plant-based substitutes are not only healthier but also more environmentally friendly, generating a much smaller carbon footprint and requiring much less water to produce than comparable animal-based products.” 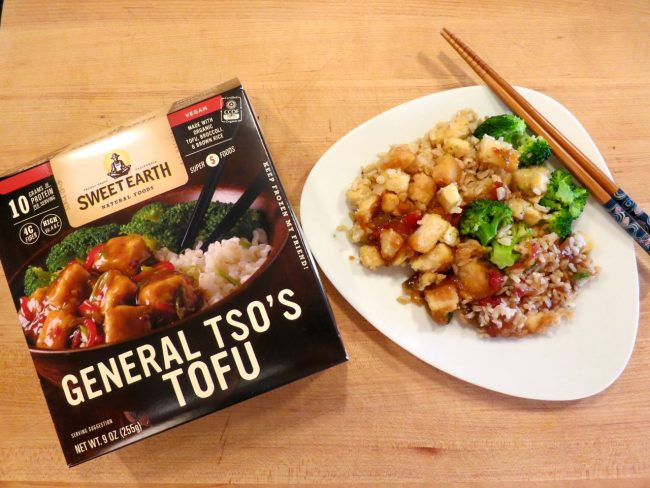 Nestlé’s purchase results in immediate entry into the vegan and vegetarian market, which is rapidly growing and expected to become a $5 billion market by 2020.

According to Fortune, Nestlé USA Chairman and CEO, Paul Grimwood, said that up to half of its customers are actively seeking out more plant-based foods in their diet “and 40 percent are open to reducing their traditional meat consumption.”

“One of Nestlé’s strategic priorities is to build out our portfolio of vegetarian and flexitarian choices in line with modern health trends. With unique and nutritious food for all times of the day, Sweet Earth gives Nestlé a leading position in this emerging space.”

Whilst it’s no surprise that companies such as Nestlé are capitalizing on this new consumer trend, witnessing business deals happening at such scale can surely only mean positive things for the future of food. Just last month, we heard that US meatpacking giant, Cargill along with Richard Branson and Bill Gates invested $17M in ‘clean meat’ technology and almost daily we are seeing news of startups developing plant-based foods with a focus to fix this very broken food supply.

Nestlé’s new veggie investment bodes well for the future of vegan convenience food and signals a clear demand from its US consumers. Many people are hesitant to try a plant based diet due to its seemingly lack of on-the-go foods, however with deals like this one, this could soon be a problem of the past.

Image Credits: The Veracious Vegan | That Was Vegan