Nestlé, the world’s largest food manufacturer, announced its purchase of a majority stake in Terrafertil, a plant-based organic food company founded in Ecuador in 2005, that goes by the name Nature’s Heart in the UK.

The announcement came earlier today and builds on Nestlé’s recent foray into the plant-based sector with the late 2017 acquisition of Sweet Earth Foods, a California-based producer of plant-based meats and frozen meals.

Terrafertil’s product line focuses on dried golden berries. Also sometimes referred to as Incan berries or cape gooseberries, the sweet and sour dried fruits are common throughout South America. They’re closely related to tomatillos and are known for being healthy sources of vitamins and fiber.

“Terrafertil was formed nine years ago by us, in our native South America,” the company’s website explains. “A band of three brothers and two cousins, we saw the impact exporting goldenberries could have on Andean farmers’ lives.” 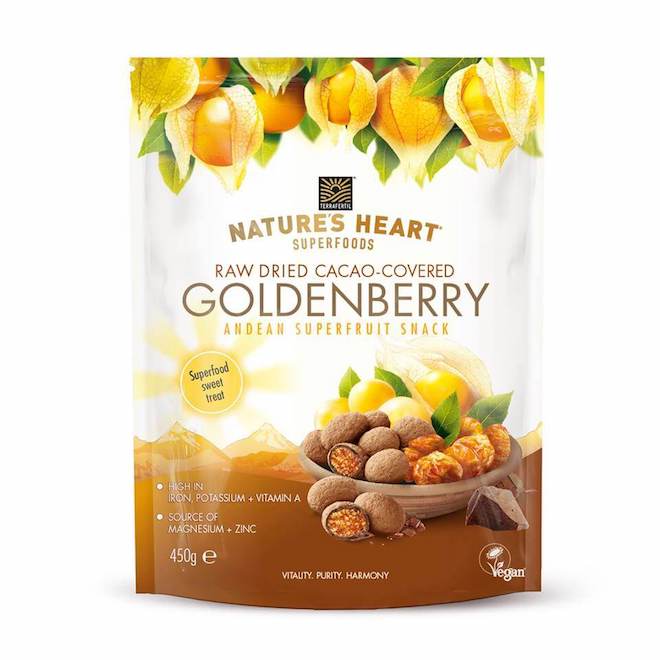 Terrafertil says its work is having a direct social impact on communities in Colombia and Ecuador where the team sources its berries from hundreds of small growers and local communities.

“By growing the demand of this fruit across the world, Terrafertil is creating sustainable jobs for Andean farmers,” the company explains. “We truly hope you enjoy our Goldenberries, and by doing so, you’re not only contributing to your health but also helping us make a difference in many people’s lives.”

The recent purchasing spree comes as Nestlé also departed the longstanding industry trade group, the Grocery Manufacturers Association. Fellow food giants the Campbell Soup Company, Dean Foods, Mars, Tyson Foods, and Unilever have also left the trade association. This week, DowDupont and KraftHeinz also announced their exits. Campbell’s took its departure a step further, joining the Plant Based Foods Association — the first (and currently only) industry trade group for the booming plant-based industry. With Nestlé’s recent purchases, the company appears to be pivoting in the same direction as Campbell’s, but it hasn’t made any announcements to that effect yet.