The international warehouse chain launched the burgers at select Costco locations in Texas and the midwest last month. Nestlé-owned brand Sweet Earth produces the plant-based patties. Both the burgers and Sweet Earth’s ground beef are made using yellow pea protein and wheat gluten.

According to the company, each burger contains more protein, more fiber, and less saturated fat than beef. The Nestlé vegan burgers also debuted in the meat aisle of select Safeway stores in September.

Nestlé has released similar products in the EU through its expanded Garden Gourmet range.

Garden Gourmet says on its website, “over half of consumers now count themselves as flexitarian and meat reducers. Whether it’s due to health, environmental or ethical reasons, flexitarianism has grown and evolved.”

Garden Gourmet products are available in Sweden, Germany, Austria, and Norway. While they are currently unavailable to shoppers in the UK, Garden Gourmet provides plant-based meat to businesses and industry professionals. 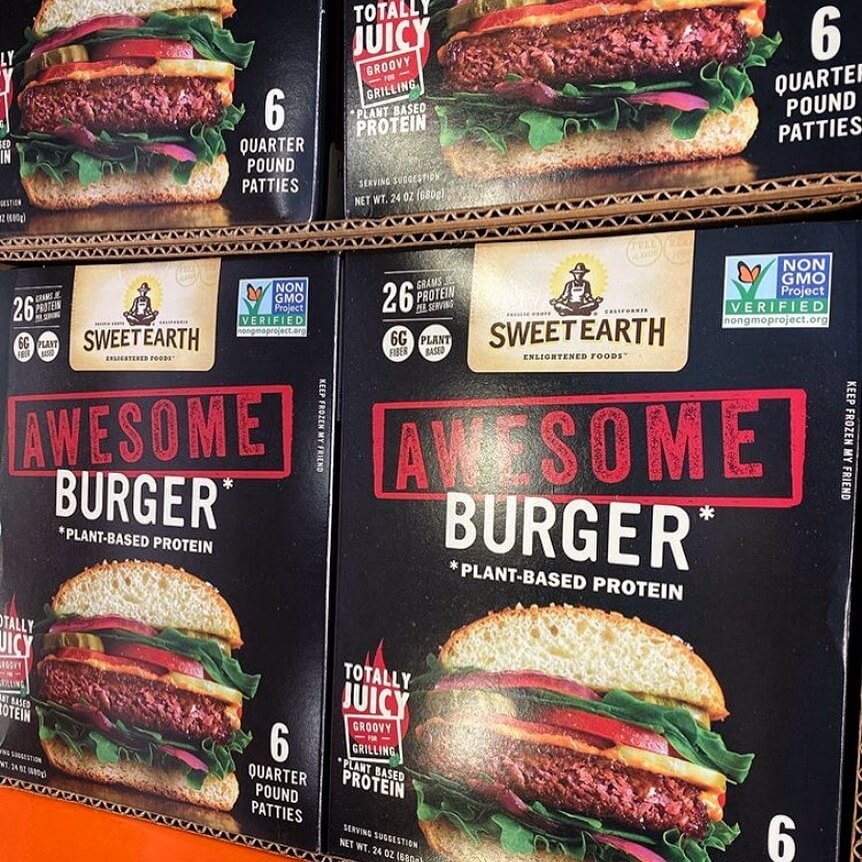 Nestlé CEO Mark Schneider has acknowledged the fast pace of the growing vegan market. “This autumn we are launching a next generation that we are sure people will appreciate,” he said in a statement earlier this year.

“The whole notion of giving consumers a choice when it comes to plant-based alternatives is going to be a key theme going forward,” he told MarketWatch. “We’re talking about a pretty significant mega-trend.”

The increasing availability of vegan products at supermarket chains is helping to make plant-based food both mainstream and affordable. Retailers such as Costco now stock expansive plant-based ranges and many produce own-brand and private-label products.

Costo has also previously launched other plant-based Don Lee Farms products including its “breakthrough” organic vegan burger, of which one million were sold by Costco in the first 60 days alone.

At Costco, each Awesome Burger box contains six quarter-pound patties and retails for $10.79 – less than two dollars per item.