Updated July 4 | Nestlé is bringing a vegan “bleeding” plant-based beef-like burger to the U.S., which could potentially land itself on McDonald’s menus.

The world’s largest food company is set to initially launch the Awesome Burger at supermarkets, restaurants, and universities through its Sweet Earth brand in the fall, CNBC reports. The pea protein-based patty is similar to the Incredible Burger, which Nestlé recently launched across Europe under its Garden Gourmet brand.

The Incredible Burger was launched in German McDonald’s locations earlier this year, as part of the Big Vegan TS — the plant-based equivalent of the fast food chain’s Big Tasty beef burger. The move was such a success that Nestle expanded its partnership and the vegan option now also appears on McDonald’s menus in Israel.

No plans have currently been announced for the Awesome Burger to join the McDonald’s menu in the United States. But if it follows in its European cousin’s footsteps, American customers could, potentially, be seeing it on the menu in the near future. 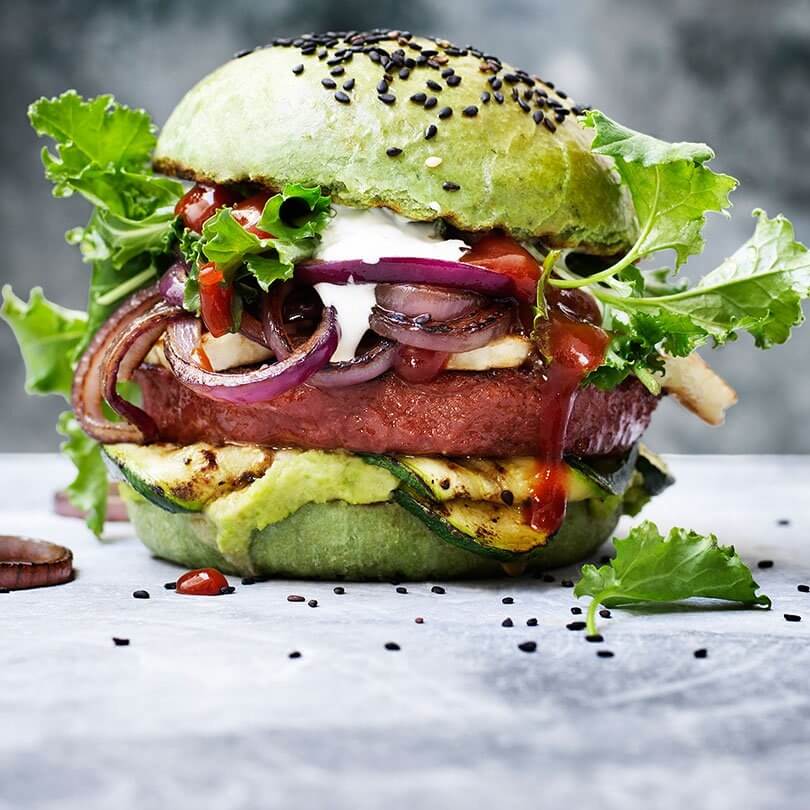 The Awesome Burger will launch across the U.S. in the fall | image/Nestle

The market is rife with “bleeding” burgers, with Beyond Meat and Impossible Foods — the creators of the Beyond Burger and the Impossible Burger respectively — dominating the market. Earlier this year, Burger King launched the Impossible Whopper and Beyond Meat held the most successful IPO of 2019.

But Sweet Earth’s founders Brian and Kelly Swette maintain they’re not just following the crowd. According to CNBC, the duo began working on the Awesome Burger long before competitor’s patties came to market.

Sweet Earth makes a variety of vegan meat products, including bacon and ham, but the Awesome Burger is the first beef-like burger it has released.

“We believe this trend is here to stay,” he continued. “As consumers look at different ways to enjoy and balance their protein intake and lower the environmental footprint of their diets.”

Nestlé CEO Mark Schneider recently told CNBC that the food giant is “deeply interested in the plant-based food area.” He added, “I think we have a lot to show in this area.”

Nestlé will help Sweet Earth with sourcing and production, giving them a “competitive advantage,” CNBC reports; both Beyond Meat and Impossible Foods have struggled with meeting demand in the past.

Brian Swette told the publication, “we have great admiration for our competitors and what they’re trying to do, but we’re also excited about competing.” Kelly Swette added, “we just felt for the U.S. market, pea protein is really trending and is popular for a variety of reasons, one of which is that it’s an extremely sustainable crop.”