LIVEKINDLY
Home Ethics & Environment This New Netflix Documentary May Make You Feel More Hopeful About the... 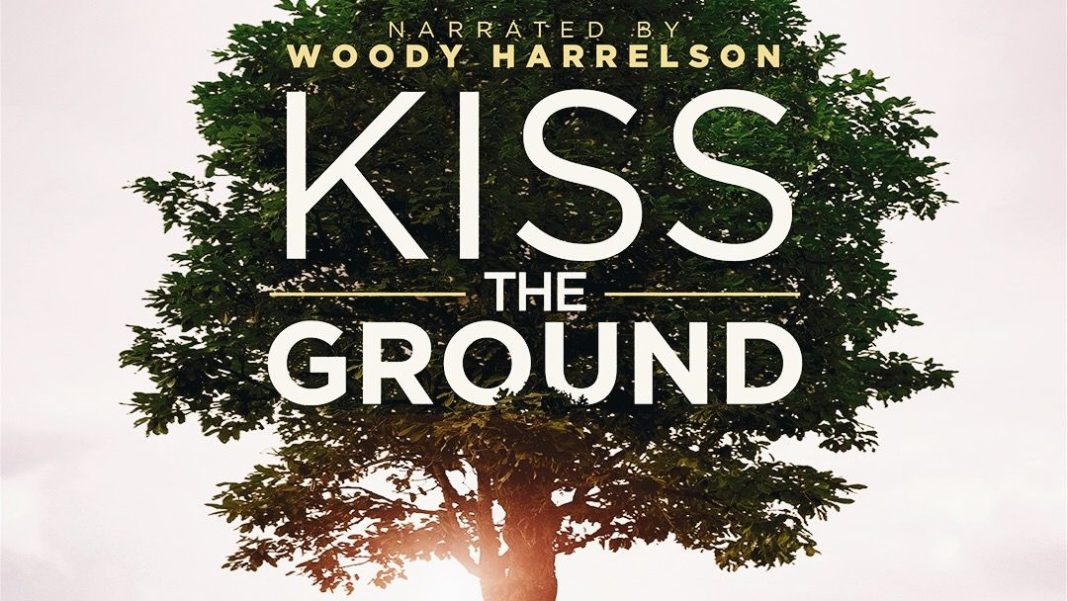 You know it, we know it, Woody Harrelson knows it—the climate crisis is not being addressed quickly enough by the world’s governments. Negative stories about the environment dominate the media cycle can leave us all feeling a little bit powerless, and quite frankly, hopeless. But what if there was a solution? A real solution, that we could all get involved in, like, now? The new Netflix documentary Kiss The Ground, narrated by Harrelson himself, is here to motivate you to tackle climate change. As the actor says in the trailer, “the solution is right under our feet and it’s as old as dirt.”

The film, a selection of the 2020 Tribeca Film Festival, is all about the “first viable solution” to the climate crisis: soil regeneration.

To put it simply, soil is the planet’s biggest carbon sink. If we take care of it, it could be our biggest and best solution to reversing the climate crisis; it literally can pull carbon out of the air. But (spoiler alert) we’re not taking care of our soil everywhere. Intensive farming practices are damaging to the Earth. This causes carbon to be released into the atmosphere, contributing to global warming.

Directed by Josh and Rebecca Tickell, founders of the production company Big Picture Ranch, Kiss The Ground is a product of tens of thousands of hours of research by expert scientists from all around the world. It’s all about how we can use regenerative farming to heal the land and the planet as a whole.

How Does Farming Affect Climate Change?

When they are undisrupted, plants and soil microorganisms work together to store carbon in the ground. Healthy soil supports photosynthesis, the process through which plants absorb carbon. When the plants decompose, the carbon stays within the earth.

Put simply, overworking the soil negatively impacts its ability to store carbon. It’s estimated that 130 billion metric tonnes of carbon have been lost into the atmosphere due to excessive land cultivation.

Processes like frequent tilling (turning over and breaking up the soil), fractures and disrupts the earth, leading to erosion. Excessive pesticide use can also damage the soil; chemicals can disrupt soil biotic communities, impacting their ability to store carbon.

As well as Harrelson, the Tickells have managed to get a slew of big names involved in Kiss the Ground, all of whom are passionate about environmentalism. Famous faces include Ian Somerhalder, David Arquette, Jason Mraz, and Gisele Bundchen.

Rebecca told Elle Decor: “They are all advocates for the Kiss The Ground movement. If we want to live on this beautiful planet as a caretaker species and hand a bountiful ecological legacy to our children, regeneration is the key. That’s why this movement has such varied voices and is growing so quickly. It just makes sense on every level.”

So now we have our potentially game-changing answer to halting the climate crisis, what do us viewers go away and do next? We can switch our diets. Overgrazing in animal agriculture is a major cause of soil degradation. Josh told Elle Decor: “A regenerative diet is a mostly vegan diet; it reduces the consumption of meat to about one-third of what we are consuming today.”

We can also try to eat as much food as possible that comes from regenerative agriculture. How do you know if it comes from such a source? If you’re heading to a farmer’s market, ask.

“Ask if they till their farm,” suggests Josh. “Since so much of the organic food out there today grown is in a monocrop system that is denuded of life, regenerative food has much more nutrient density and is grown in healthy soil that is generally not tilled or sprayed with toxic chemicals.”

Aside from switching up what’s on our plates, we can also change the way we look after our own land—whether our home is a small apartment or a house. Josh added: “Composting is something almost everyone can do.” Lawn-owners can also avoid using toxic sprays, and use seeds specifically aimed at making grass “healthier and more robust.”

Executive producer RJ Jain, the founder and CEO of e-commerce company Price.com, which highlights where to buy used, refurbished, and local products, backed the film financially. He said in a statement: “With the accelerating rate of natural disasters happening around the world, now more than ever we must make a positive impact on the Earth through our choices as consumers and the way we farm our food.”