The first ever international vegan documentary series, Vegan Round the World: The Series, is set to be released in Spring 2019. The series has already begun filming.

Over the next six months, a team of filmmakers will be traveling to over 10 countries around the globe to put together the documentary series, aiming to compile five episodes of inspirational footage for viewers.

For every mile the Vegan Round the World team travels, a donation will be made to Trees for the Future – a non-profit with provides aid to impoverished families in rural Africa, giving them the resources to turn infertile soil into a land that can sustain trees and crops.

An online crowdfunding campaign via IndieGoGo has been launched by the documentary team to finance the project. The goal is to raise $100,000.

“The vegan movement is one of the fastest growing social justice movements on the planet and it comes at a pivotal time, as we desperately search for a way of living that will lessen our impact on the environment, promote worldwide health, and be kinder to the animals that we share this earth with,” the team states on their IndieGoGo page.

Dr. Neal Barnard, Dr. Michael Greger, Animal Place Sanctuary, Mercy for Animals, VegFest, and Vegan Camp-Out UK are just some of the influential vegan guests that will be featured in the new series.

But it’s not all about catering to vegans; the filmmakers want to engage non-vegans as well. 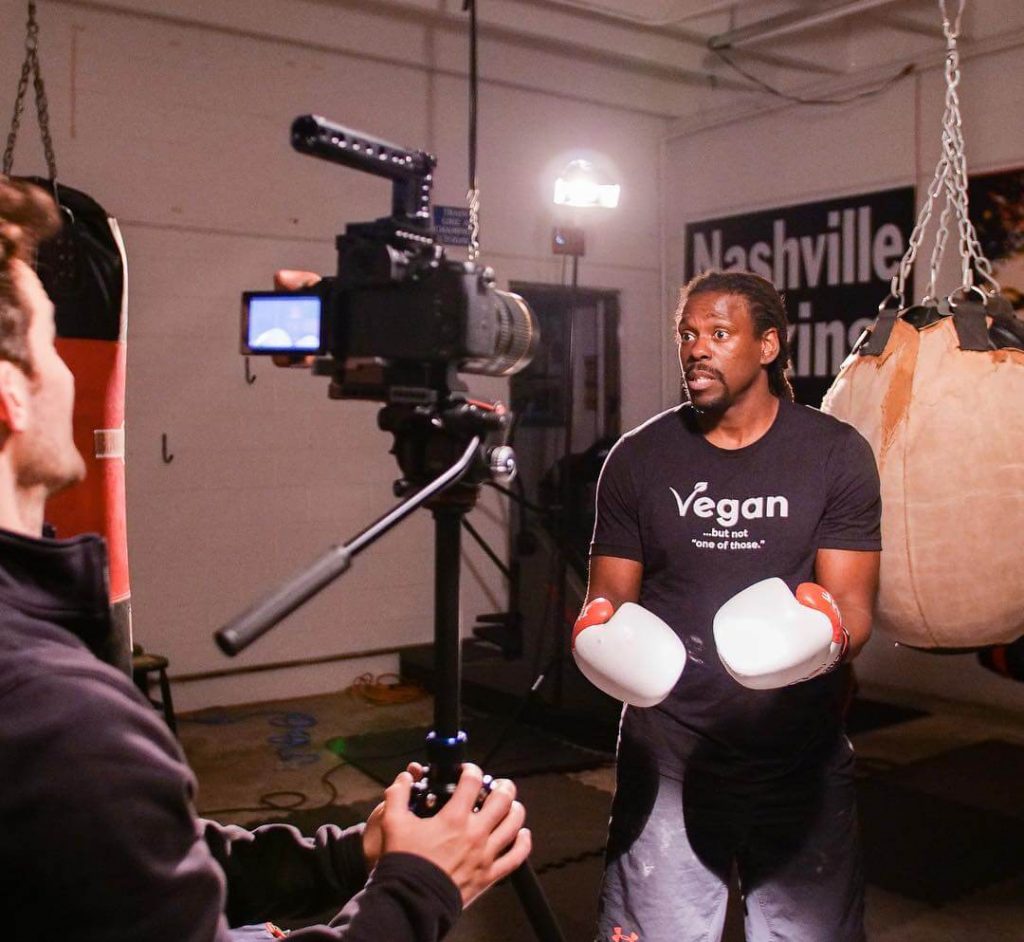 What the Health, Cowspiracy, and Okja are just some of the revolutionary documentaries and films that have encouraged people to cut the animal products from their diets and from their lives.

In September, it was reported that racing car driver, Lewis Hamilton, had made the decision to go vegan. What the Health, he noted, helped him make the choice.

“Going to watch What the Health tonight. I’m on a mission to go vegan, people. Animal cruelty, global warming, and our personal health is at stake,” Hamilton posted on Snapchat.

The Vegan Round the World team want to motivate this same change in their viewers.

“The VRTW team is here to inspire viewers by showing them the human side of the vegan movement, while also throwing in some beautiful imagery and comedic relief while we’re at it,” the team states.

Image Credit: Vegan Round the World