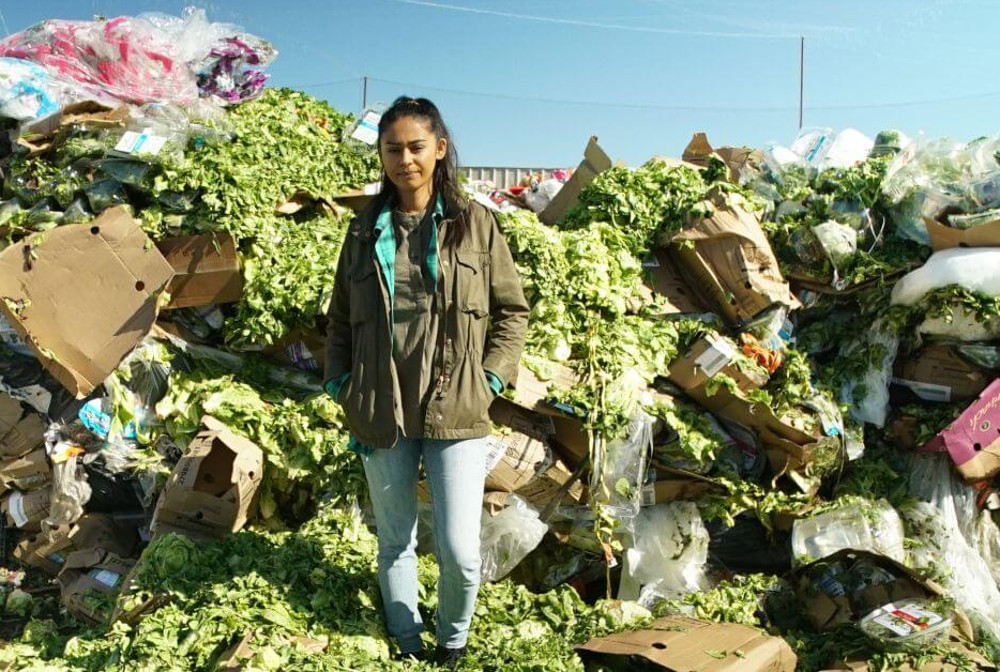 The series is hosted by vegan and award-winning journalist Nelufar Hedayat, who has previously tackled the topic of illegal trade in the investigative series, “The Traffickers.” In the new series, Hedaya travels the world, learning what happens behind the scenes in food industries such as fishing, dairy, water, GMOs, superfoods, palm oil, and pork. The first episode tackled the issue of food waste in the United States, where an estimated 40 percent of edible food is thrown away. Worldwide, 1.3 billion tonnes of food are sent to landfills each year.

While investigating the nearly $100 billion dairy industry, Hedayat learned something that surprised her. “I was expecting to make a film about the dairy industry and to hold accountable a lot of the farmers,” she told Vogue. “What I didn’t expect was to be more thrown and genuinely gobsmacked by how much the farmers themselves are suffering.”

Due to the rapid growth of industrial animal agriculture, Hedayat learned that “one farmer goes out of business in the U.S. every day.” Despite the fact that US milk consumption has been in steady decline for decades, the milk production has not slowed down. This can be attributed to a “corrupt web of government regulation, false advertising and nutritional misinformation, and even fast-food overconsumption.”

In another scene from the episode, Hedayat spoke to an anonymous undercover investigator for animal rights organization, Compassion Over Killing. The anonymous source shared clips from his time spent on a dairy farm, exposing instances of everyday abuse, such as one cow who was“lying on the ground, either too sick or too injured to move, receiving hundreds of ‘hot shots’ by an electric prod.”

Other clips show a cow trapped in a water trough being pulled out by her nostrils, only to fall in a puddle of feces. “It’s a scene that is consistent within the majority of investigations done,” the source told Hedayat.

In spite of everything, Hedayat and vegan musician Moby, a guest star in the episode, point to our consumer choices, as the solution to fighting corruption. “We are absolutely where the buck starts and stops,” said Hedayat.

“Food Exposed With Hedayat” airs on Tuesdays at 8 p.m. EST/PT on Fusion.