A new all-vegan market and café, Vegan Fine Foods, is set to celebrate its opening in Fort Lauderdale, Florida this weekend. The mayor and mayor pro tem will be in attendance at the opening.

Vegan Fine Foods was created to fulfill consumer demand, CEO Steven Smith, claims. “I saw an opportunity for an all-vegan market because I knew that shopping was a lot of work and very time-consuming for those wanting to maintain a healthy vegan lifestyle,” Smith, a vegan himself who initially made the switch for health reasons, said in a statement.

“I thought, ‘wouldn’t it be nice to go to a place where someone else did all the work, where you knew it was 100 percent plant-based and care was taken to select a broad array of super healthy products with some vegan indulgences mixed in?’ So, I wrote my business plan. It took several years of planning to get to this point,” Smith recalled.

The market’s café, operated by Inika Foods, will serve a wide variety of different vegan dishes and drinks to shoppers. Acai bowls, fresh smoothies and juices, empanadas, vegan hot dogs, and raw foods are just some of the options set to be on the menu. 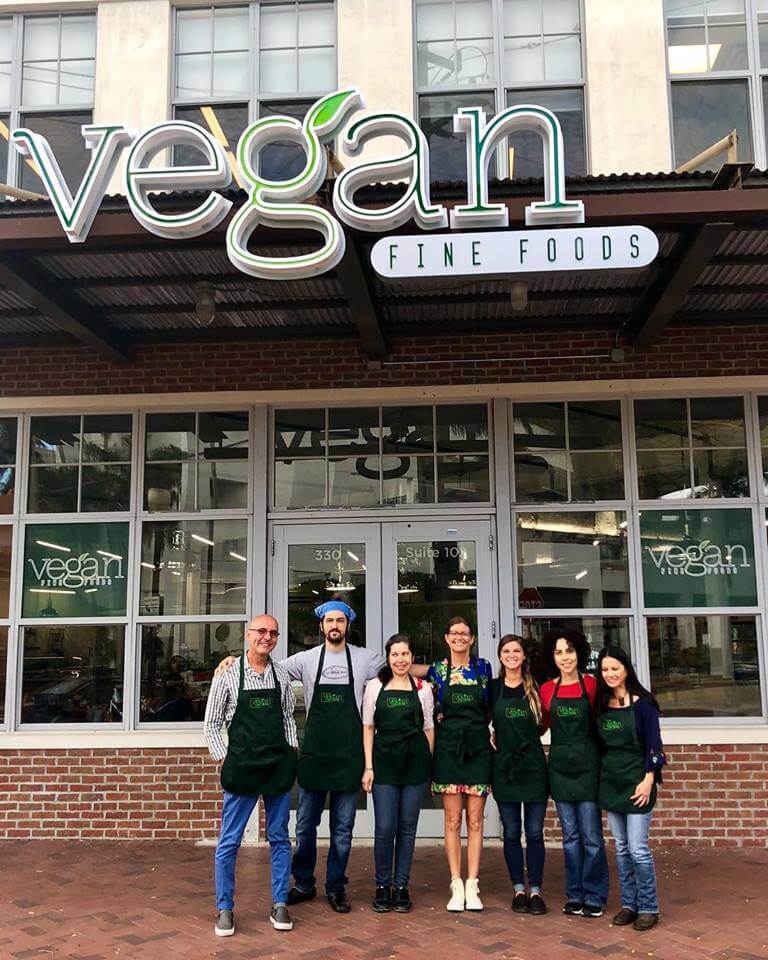 Although the 4,000 square-foot market and café is completely animal product free, this is not to say it is just for vegan customers. “Vegetarians, flexitarians, paleos, carnivores, anyone looking to enjoy some plant-based foods are welcome,” Smith said.

It’s not all about health foods, salads, and vegetables either. Smith wants his new venture to cover all the bases. Vegan Fine Foods is even set to be the first ever stockist of Pinkberry frozen yogurt in Fort Lauderdale.

“I still enjoy eating vegan meat and cheese alternatives occasionally and we are going to specialize in these types of vegan products,” he explained. “People just learning about a vegan diet think vegans eat mainly salads, but nothing could be further from the truth,” Smith added.

Florida is quickly becoming a top vegan destination. In March, it was reported that the state, along with California, was to become the first in the country to accept the new vegan cryptocurrency, Vegancoin. Also in March, popular vegan chef, Chloe Coscarelli, opened a new eatery in Miami: Chef Chloe and The Vegan Café.