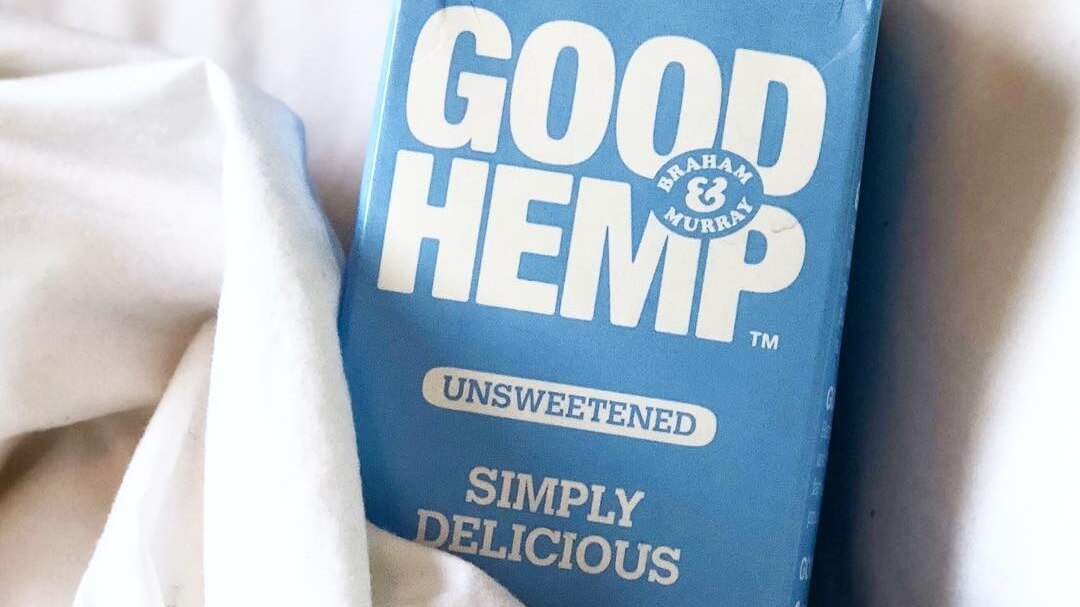 UK-based hemp product producer Braham and Murray has launched a range of chilled vegan milk under its “Good Hemp” label in Asda and Waitrose supermarkets across the nation.

“Good Hemp is delighted to announce the addition of these two new chilled hemp milks to our consumer brand range of hemp-based food products,” said Braham and Murray managing director David Shaw. “We believe they will be a popular choice for consumers looking for allergen-free, plant-based products with strong nutritional and environmental benefits.”

Good Hemp offers its vegan milk in two flavors, Unsweetened and Original, both of which are fortified with calcium, vitamin D, and vitamin B12. Additionally, the company claims that one glass of its plant-based hemp milk provides 50 percent of the daily recommended intake of omega-3 for adults.

The word police say we’re not allowed to call our hemp drink hemp milk, which is fine because we’re way better than milk anyway! ? Check out our stories or link in bio to find out more about Good Hemp Drink / #hempmilk (sorry just once)

The launch marks Good Hemp’s first foray into the chilled vegan milk market. According to Shaw, the decision was prompted by the rapidly-growing consumer interest in plant-based food, particularly the dairy-free segment. According to a report released last January, the global vegan milk market is set to reach $34 billion by 2024.

Sales of cow’s milk, meanwhile, is on the decline. Data released by Dutch bank Rabobank last June showed that the global vegan milk market grew by four percent over the past five years while dairy milk dropped by 3.5 percent. The increasing popularity of vegan milk may be cause for dairy producers to pursue the plant-based market, the study notes. “While it’s not essential to diversify into dairy alternatives, it would be wise for the dairy industry to at least learn one thing from the success of dairy alternatives, which may be putting the consumer first and trading in the old grass-to-glass model for glass-to-grass,” said RaboResearch Senior Analyst – Dairy, Tom Bailey.

Plant-based milk is especially popular among U.S. consumers, where it represents 13 percent of overall fluid milk sales, according to data collected by the Good Food Institute. In the U.K., research released by Mintel found that vegan milk sales have risen 30 percent since 2015.