“Cooking Mama: Coming Home to Mama” is a reboot of the cookery simulation and will launch this fall. The new Nintendo Switch version will feature an optional vegetarian mode.

The Cooking Mama series is produced by Cooking Mama Limited and made up of multi-platform, compilation mini-games. Almost all games in the series focus on kitchen tasks and meal preparation.

“New to Cooking Mama will be a Vegetarian Mode where players who do not wish to prepare meals with meat ingredients will be able to cook creative, alternate meatless recipes,” says Planet Digital Partners, in a press release.

“Players will be able to cook in both ‘Traditional Mode’ and ‘Vegetarian Mode’ and blend motion gestures from the Nintendo Switch with traditional controls for an immersive meal prep and cooking experience through each minigame played,” continues the release.

Attitudes toward the consumption of animal products are rapidly evolving as people become more mindful of their own health, animal welfare, and the environment. That video games are accommodating this changing culinary landscape can be seen as a response to the increasing demand for vegan products.

What Mama Never Told You 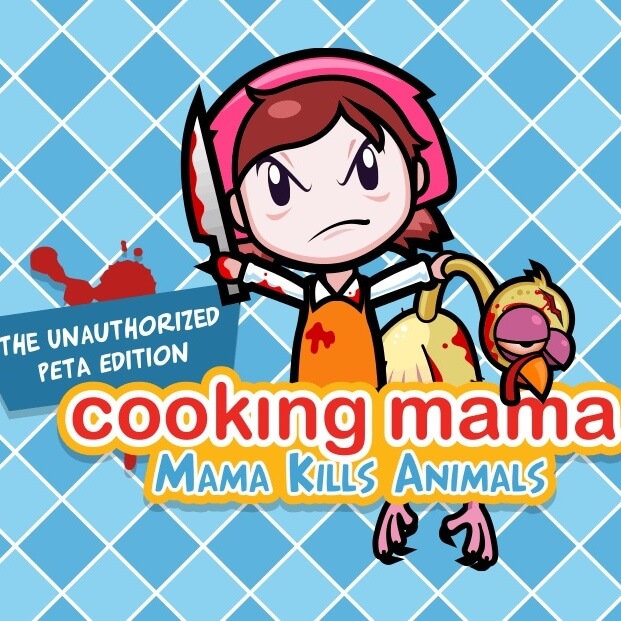 PETA’s version involves the bloody preparation of animal products, including the plucking of a turkey and the removal of its internal organs. Also featured are videos and facts related to animal agriculture.

“What Mama never told you: Every year in the U.S. 300 million turkeys are killed for their flesh,” says one in-game message. “Almost all spend their entire lives on factory farms and have no federal legal protections.”

Mama Kills Animals concludes with PETA’s own vegan-friendly version of Cooking Mama, where users can prepare and cook the ingredients for a tofu turkey.

PETA commented positively on the official spin-off Gardening Mama, which focuses on growing vegetables and plants. PETA said on its official blog, “we want Mama to take her newly found love of veggies back to the kitchen too.”