Award-winning vegan filmmaker Shaun Monson’s new film, There Was A Killing, tells the story of Canadian animal rights activist Regan Russell, who was struck and killed by a pig transport truck while attending a Toronto Pig Save vigil in June. But the documentary is about more than just this tragedy; it’s about starting a conversation.

Russell, a decades-long fighter for animal rights, spent her last moments giving compassion to baby pigs on their way to slaughter. Footage from that day shows her—full head of white hair, black shirt, and blue jeans—carrying a spray bottle, which she used to give water to the pigs.

More than a month after Russell’s death, the police cited the truck driver with a non-criminal charge of Careless Driving Causing Death. The charge drew outrage among the animal rights community. “I just felt there was this cover-up. Or they were brushing it aside or dismissing it. And that began to nag at me,” Monson tells LIVEKINDLY about his initial desire to make the film.

After watching the cell phone footage, taken by activists attending the vigil, Monson says he was left feeling even more confused. “I’m thinking, how do we only have four minutes from this event? There was very little footage from the day,” he explains. “And it just felt like this haunting mystery. There’s something off. And I felt a little bit like a detective and I had to explore.” 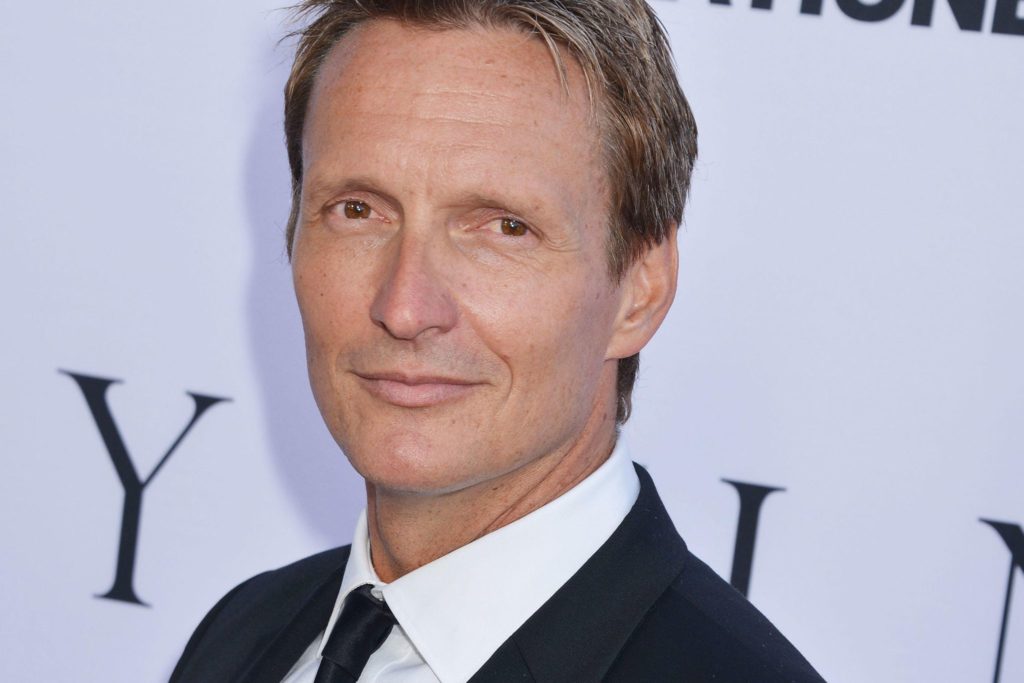 Monson’s no stranger to making these kinds of documentaries. He wrote, produced, and directed 2005’s Earthlings and 2015’s Unity, among others. The former delves into how animals are exploited by humans. The latter analyzes the destructive relationships humans have with each other, animals, and the planet.

But, according to Monson, making an impact-driven film that resonates with the audience isn’t easy. And a chance meeting with Academy Award-winning director James Cameron fueled Monson to tell harrowing stories like Russell’s in a way that makes people want to see them.

“I met him a couple of years ago here in L.A. at Crossroads—a vegan restaurant. I had on a t-shirt that said “Eat What Elephants Eat,” Monson explains. The shirt caught the attention of Cameron, who’s been plant-based for nearly a decade. “He says, ‘Hey, I like your shirt.’ And so we start talking,” Monson says.

He was blown away when Cameron told him he had seen Earthlings. Monson jokingly asked: “You saw it all the way through?” (The footage shown in the film of how animals are treated is gruesome, to say the least.)

“He kind of puts his arm around me. And for a moment I thought: ‘Wow, I’m about to get the secrets of Hollywood filmmaking.’ He says: ‘Let me tell you something. Whenever I make a movie, I do two things. One: I make a movie that people want to see. Two: I put a message in it,” Monson recalls. “And then he pays me this really high praise. He says: ‘The message in your film is probably one of the best messages I’ve ever seen.’ And then he leans in close and he goes: ‘But nobody wants to see it.’”

Monson continues: “And he’s right because it’s not like people are running out to get a bucket of popcorn to watch this kind of stuff. They just aren’t, you know?”

After spending more than 20 years making documentaries, Monson says he started to consider how to reach a larger audience. “I just had one of the biggest filmmakers in the world lean over and spend 20 minutes talking about how to reach more people.”

So, how do you make a film about a tough topic that people actually want to see? According to the filmmaker, you’ve got to make it in a way that will get viewers emotionally invested.

“A film is such a powerful medium. Why can’t a film change something?” Monson continues: “It’s a classic statement of a picture’s worth a thousand words. If you look at what happened with George Floyd, unlike other unjust, corrupt deaths, they weren’t being documented. But when someone films for 8.5 minutes straight—just films the whole thing, it creates this visceral emotional reality. It’s almost like it’s not secondhand information.”

And There Was A Killing certainly provides a wealth of information: It interweaves video evidence along with eyewitness testimony. It provides interviews with attorneys Robert Monson, Lisa Bloom, and David Simon. And it features a former animal truck driver’s perspective on the day’s tragic events. For all intents and purposes, the film appears to accomplish its goal: It makes people think. 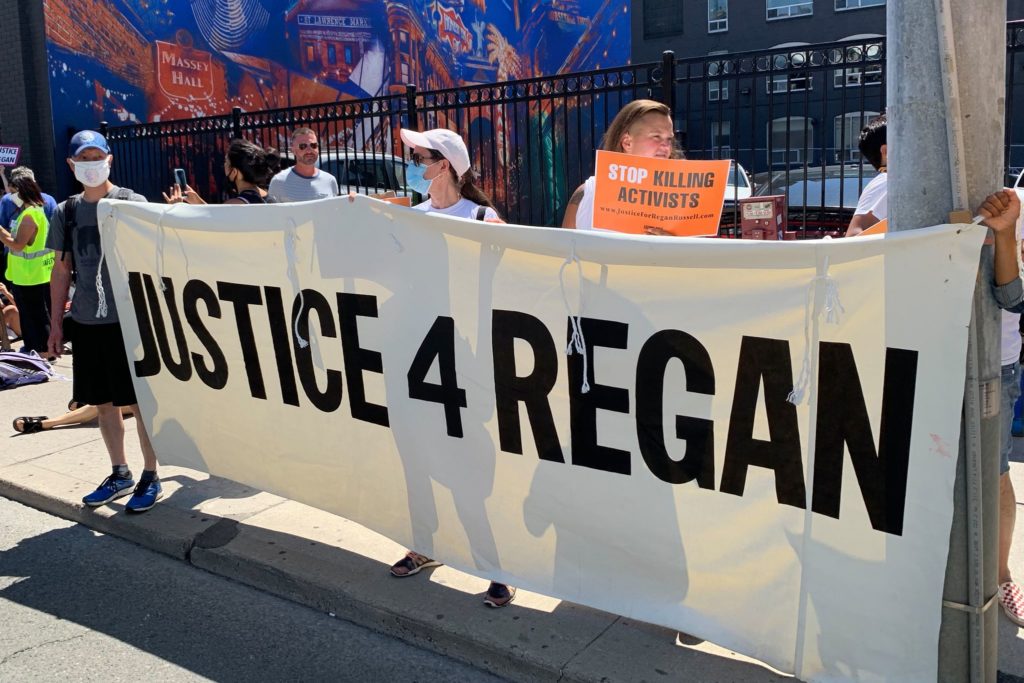 Monson hopes his new film will help bring Russell’s case to the court of public opinion. | Provided by Shaun Monson

Through his films, Monson wants to awaken people to the impact they have on animals and the planet.

And Monson hopes There Was A Killing will help bring Russell’s case to the court of public opinion. He also wants the film to raise awareness for ag-gag laws—which seek to silence whistleblowers from exposing the horrors of the animal agriculture industry.

On the day of her death, Russell had been protesting Canadian ag-gag Bill 156—which the government enacted into law just one day before she was killed. Monson says he thinks her case will be a case of first impression—one that has never been decided by a governing jurisdiction.

“It’ll be the first time that law is now being put to trial to see if it’s eventually constitutional. And so attorneys later study case laws. That’s why in the States we have Roe v. Wade,” he explains. “Roe v. Wade is a case study. It isn’t a statute. It’s a case study. Both are very important. So that’s the power of a documentary is that it might challenge a law statute. And then a case can come out of that. And then a case law may change the law.”

Monson also hopes the film will inspire others to be more compassionate.

“And that’s my hope: That more people will maybe see these kinds of messages. And they can have a positive effect. Because I don’t know how to write books. I don’t start organizations. I don’t have a sanctuary. I don’t know what else I have to offer except films,” Monson continues. “Ultimately, all you can do is provide the information to people, hope that they watch it, hope that they actually press play and look at it. And then it’s really up to them.”

“I always say we’re like gardeners, and we’re just casting seeds,” Monson says. “And sometimes those seeds fall in rich soil. And sometimes it’s stony ground. But we keep casting seeds out just to have a positive effect in this world.”

There Was A Killing will premiere on November 7 at 12 pm PST here. To learn more about Regan Russell visit www.JusticeForReganRussell.org.