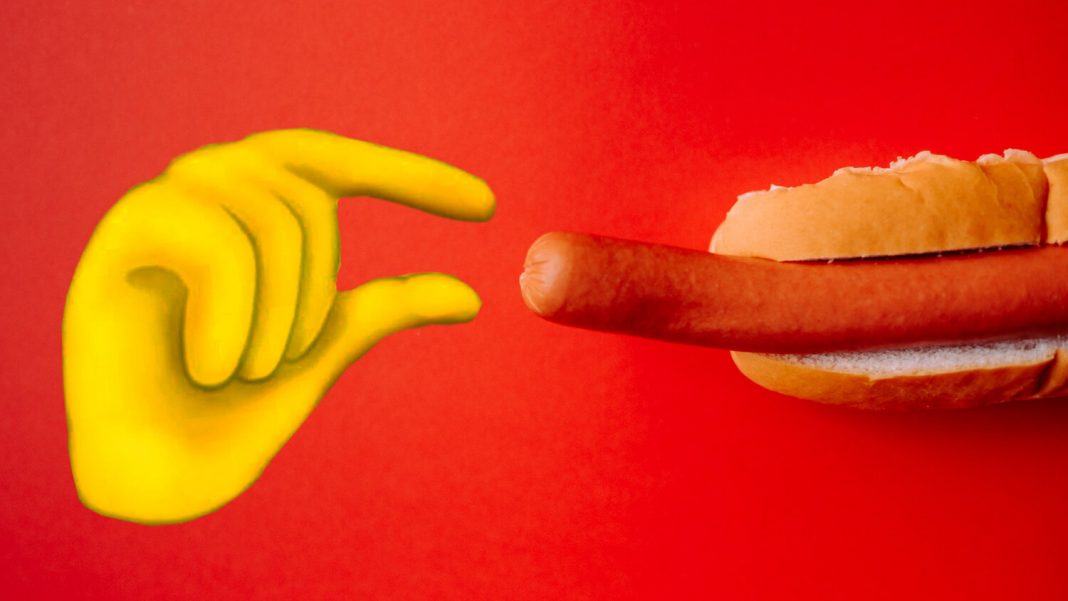 Last year, Google removed the egg from its salad emoji, veganizing the symbol to make it more inclusive.

Now, a batch of new emojis are on the way to phone keyboards and computer screens everywhere. The new range features wildlife emojis like an otter, flamingo, sloth, and a critically endangered orangutan, whose populations are suffering due to human-driven habitat destruction.

Another new design has caught the attention of the Internet. It’s officially called “Pinching Hand” but many social media users are debating the real meaning behind the emoji. Many are claiming it alludes to a “tiny penis” whilst others joke that the gesture represents their very small attention span. But another possibility remains unconfirmed: could the Pinching Hand emoji symbolize the lacking nutritional value of meat and dairy?

For decades, most people have accepted without question that animal products are good for you. Meat, of course, is a source of protein. Dairy contains calcium and eggs provide iron. But a growing bank of research is unveiling the detrimental impact that meat, dairy, and egg consumption can have on the body, regardless of the small nutritional benefits they provide.

Red and processed meat especially have been linked to various health issues including liver disease, Alzheimer’s, and endometriosis.

Cancer is also a concern for those adhering to meat-heavy diets. The largest-ever cancer research study looked at processed meat – like bacon and hot dogs – which is classed as a Group 1 carcinogen – the same category as tobacco smoking and asbestos.

The study found that no amount of processed meat is safe to consume and recommended actively reducing consumption to lower the risk of cancer.

Like the new emoji could be showing with its pinching fingers, meat, dairy, and eggs deliver some health benefits, but very little. As research increasingly uncovers, opting for animal-free, vegan food also offers protein, iron, and calcium – as well as countless other nutrients – without the disease risk. How does that sound?