Next year, New Jersey students at every public school grade level will learn about climate change.

In early June, the Board of Education adopted “Next Generation Science Standards” to the New Jersey Student Learning Standards. These new revisions include teaching climate change across all subjects. This includes science, social studies, the arts, physical education, computer science, career readiness, and life literacy. The new curriculum takes effect in there 2021-22 school year.

Branch explains that what New Jersey is doing is innovative. It is the first state in the nation to incorporate addressing the crisis in every subject, at every grade level. “That means that practically every teacher in New Jersey’s public schools is being encouraged to discuss climate change to their students in appropriate educational contexts,” he says. 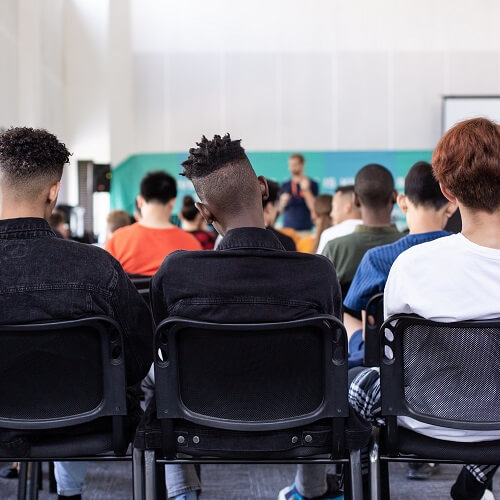 Climate Change Education in Every Subject

“Decades of short-sighted decision-making has fueled this crisis and now we must do all we can to help our children solve it,” Murphy said in a news release.

“This generation of students will feel the effects of climate change more than any other,” she continued. “[I]t is critical that every student is provided an opportunity to study and understand the climate crisis through a comprehensive, interdisciplinary lens.”

A 2016 survey published in the journal Science found that science teachers often omit or dedicate less time to “socially controversial” topics such as climate change and evolution out of fear of backlash. Branch explains that being familiar with the subjects helps educators feel more confident.

That same survey found that 30 percent of instructors say that the climate crisis is “likely due to natural causes.”

Thirty-one percent explained that science had not yet settled on climate change’s causes. However, 97 percent of top climate scientists agree that human activity is the driving force.

“For New Jersey’s students to be reminded of the reality of climate change throughout their studies and be prompted to think about it from different disciplinary angles will be a good thing,” says Branch. But, most climate change education will likely still occur in science classes. He adds that “New Jersey will have to put some time and effort—and money—into equipping teachers to comply with the standards’ new demands on them.”