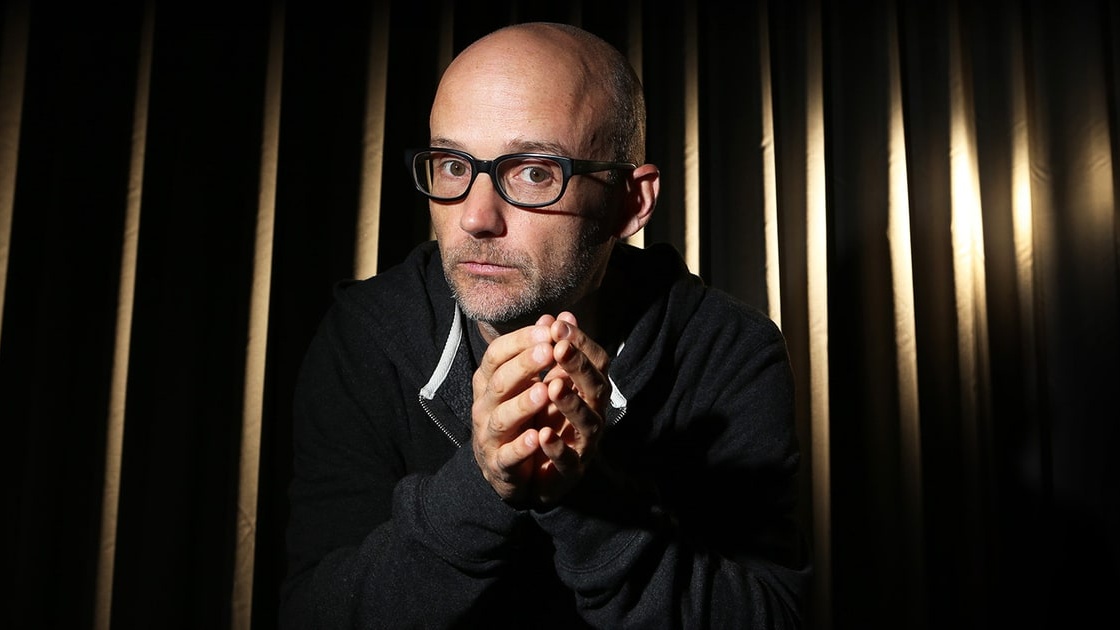 Moby may have sold his touring equipment, but he’s not out of the spotlight. This legendary electronic music icon, now concentrating on his vegan activism, is the star of a new Netflix documentary. The ninety-minute memoir, “Once in a Lifetime Sessions With Moby,” explores the man behind the music, from his unorthodox childhood to the inspirations behind his songs.

Today, Moby has created an image for himself as a devoted animal activist. In a TEDx talk titled “Why I’m Vegan,” the celebrity said that being vegan and advocating for animals is “the most important part of [his] life.” He has been vegan for over 30 years, well before it was “cool,” but within that time, he also became a music pioneer, elevating the popularity of electronic music.

Moby has fifteen albums under his belt. He first “made it big” with his second single, “Go,” which became a Top 10 hit in the UK. Since releasing his first full techno album in 1995 (“Everything is Wrong”), the singer-songrwriter met with repeated commercial and mainstream success. His 1999 record, “Play,” sold over 9 million copies worldwide.

Good morning. You know that: A-summer is ending And B-you’re old when you wake up and it’s still dark outside. I’m sure that last line could have some metaphoric meaning as well.

The new Netflix documentary takes a deep dive into Moby’s past to reveal the life that made the music. He notes that he mother played a pivotal role in his love of music, as she was both a record collector and classical music enthusiast. Classical may not be the style he’s knonw for, but it planted the seed that made the artist Moby is today.

His childhood also had a profound effect on his transformation to veganism. He grew up surrounded by animals – his mother would take in strays whenever she could – but he didn’t make the connection between the animals he loved and the animals he ate until he was 19 years old. He’s said that one day, he simply looked at his cat, Tucker, and had an epiphany. In that ordinary yet profound moment, he realized that all animals are equal. He said, “Every creature with two eyes and a central nervous system was like Tucker. They just wanted to avoid pain and suffering and wanted to be happy.” From that moment, he immediately renounced his hamburger-eating ways and became vegan.

Moby’s last full album (“Porcelain”) was released in 2016, but he still finds a way to balance his activism with his creativity. He often DJs for animal rights charity events and galas, such as Mercy for Animals’ Circle V, an annual vegan concert and food event he helped organize. He also sold a majority of his musical equipment, including his 1980s Ibanez guitar which he performed with from 1984-1998, to benefit the Physicians Committee for Responsible Medicine, a worldwide non-profit of doctors advocating for disease prevention through plant-based nutrition. Further, he also runs a successful Los Angeles vegan restaurant, Little Pine, that donates all of its profits to animal rights organizations. Side note: if you go for brunch, do yourself and the animals a favor and order the Lemon Poppyseed Pancakes.

“Once in a Lifetime Sessions With Moby” is available now to stream on Netflix.