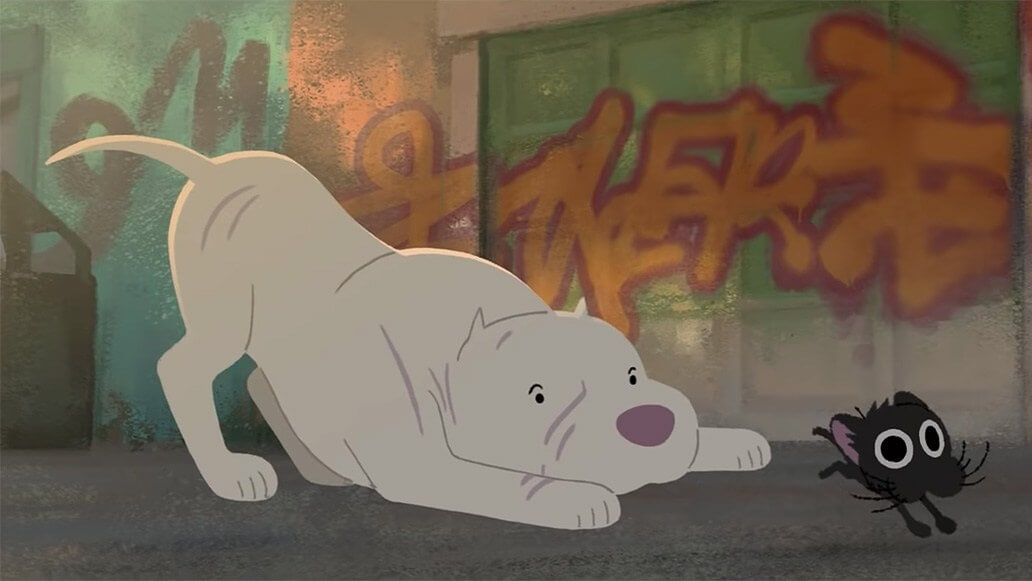 Named “Kitbull,” the new film – directed by Rosana Sullivan – is based around an unlikely friendship between a kitten and a pit bull.

The stray kitten comes across the dog whilst taking shelter in a box in a backyard. The dog is often left outside, sometimes chained up, and on one occasion, kicked outside into the rain.

Bonding over a bottle cap-turned-toy, the duo form a connection. The kitten overcomes her fear of the hound and the pair escape over the fence and eventually, into the loving arms of a new family.

But it’s not all plain sailing. The young girl who finds the animals on the street immediately warms to the kitten but jumps at the sight of the pit bull. The young cat, however, shows her there’s nothing to be afraid of; all this abused dog needs is a little bit of love.

Whilst the overarching message of Kitbull is to be kind to all breeds, according to Sullivan, the idea for the short came from a love of cats and watching cat videos. It then evolved into a story of love, friendship, and forming deep connections.

She said in a video, “Growing up, I was always very sensitive and very shy, and had actually a lot of trouble making connections, making friendship. So I related to this kitten because it never really stepped outside of its comfort zone to be vulnerable and make a connection.”

As well as a heartwarming message of friendship, the film sheds light on the cruelty many animals suffer at the hands of neglectful pet owners. In January, actors Tom Hardy, Casey Affleck, and Priyanka Chopra teamed up to speak out against keeping dogs outside in harsh conditions.

Speaking in a video for PETA (People for the Ethical Treatment of Animals), Hardy narrates the character of a “backyard dog.” He asks, “When you first got me, did you know you were going to chain me up and leave me outside?” Affleck adds, “Did you know that you would leave me to fend for myself even when it was pouring down rain?”

“Treat dogs like family. Keep them inside,” the video concludes.