(Updated January 16, 2020) | A new British reality television is making people think twice about the food on their plates. “Meat the Family” looks at the ethics of eating meat by forcing families to choose between eating their pets or becoming vegetarian.

The show is described as a “social experiment.” It recruits four meat-eating families and gives each a farm animal—a chicken, calf, lamb, or pig—as a pet. The families must care for the animal as they would a dog or cat.

“They treat the new arrival like a beloved pet – taking it for walks and playing with it – in a bid to understand its intellectual and emotional capacity, and to see if living with it makes it less palatable to eat!” the show’s description reads.

The families travel the globe to learn about animal agriculture, including how meat is processed. They are also educated about the impact of eating meat on animal welfare, the planet, and their health.

After three weeks, the families must make a decision: “go vegetarian forever and send the animal to a sanctuary, or remain meat-eaters and kill their new best friend.” 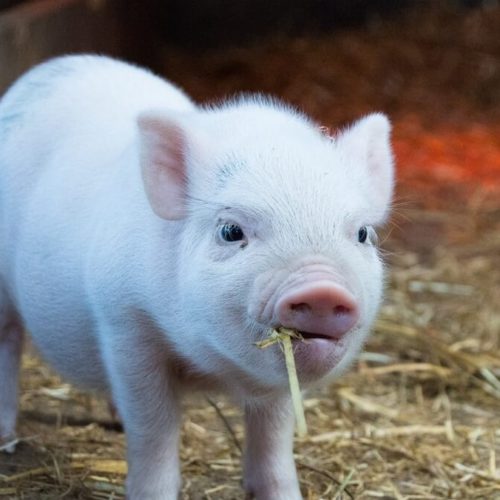 The families respond to their new pets in different ways.

In the first few episodes, one family grew extremely attached to their animals—two six-week-old saddleback pigs. Parents Dawn and John and their children Sam and Maxwell even named the pigs: Pauline and Eileen. The latter named after the kids’ paternal grandmother.

Upon bonding with the pigs and learning more about their behavior, intelligence, and the cruel conditions they experience in factory farms, the family began to express doubts over continuing to eat pork. One of the sons, Max, even referred to the pigs as his “two baby sisters.”

Finally, when John learns about the health risks associated with bacon, he throws away the remaining pork products in the family’s refrigerator. “We can’t keep eating bacon at the rate we’re eating it,” said John. “I’m not gonna give something to the kids which will shorten their life. You want the best for your kids, that’s all you want.”

However, as of the third and final episode of the series, the family has backpedaled on their decision. Dawn and John decided to send Pauline and Eileen to the slaughterhouse. According to the family, they made the decision after being “disappointed” by a vegetarian barbecue.

Dawn lamented that she “never had so much waste.” John, on the other hand, invoked his masculinity: “I didn’t feel as manly. I didn’t feel like a man cooking a BBQ with all the men around the BBQ and the smell of burning meat.”

He also rationalized his decision to send the piglets to slaughter: “We’ve given them a good life. They’ve had a good one. They’ve had it better than most.”

The family sent Pauline and Eileen to be killed and the piglets were returned as sausages, which the family ate and cried over.

Another family—Cynthia, Sam, and their three daughters—chose to cook and eat the three chicks who had been living with them. Despite proclaiming that “ignorance is bliss,” the family still knowingly consumes the three chickens they previously named Jennifer, Clucky, and Hayley. 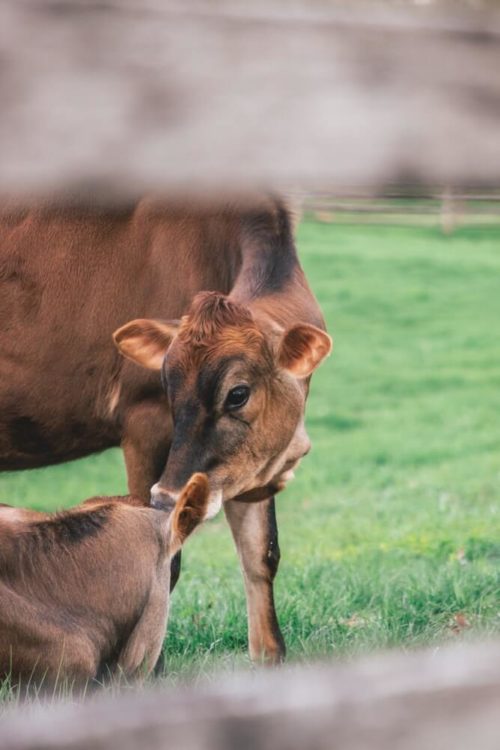 A new television show looks at the ethics of eating animals.

‘Meat Is Becoming the Next Taboo’

The show’s production company Spun Gold TV posted the casting call earlier this year. The ad requested “warm, opinionated families who will share their homes with an animal they would normally eat.” The casting call did not disclose that the participants would be asked to cook and eat the animal.

Television and media analyst Virginia Mouseler spoke to the Daily Mail about the premise. “It is not sex or drugs anymore. Meat is becoming the next taboo,” she said. “The question they are asking is how can you cuddle your dog while you are putting another animal in the oven?”

Neumann said, “Why do we find it acceptable to eat a lamb but we wouldn’t eat our pet dog? Could you go back to meat once you’ve put a name and face to a meal? This is a series that will combine amazing research about animal intelligence with some heart-warming moments.”

Another British television series looks at the ethics of eating animals. “Travel With a Goat” sees meat-eaters traveling through South America, Asia, and Europe with an animal companion. Participants must also decide whether or not to kill the animal.