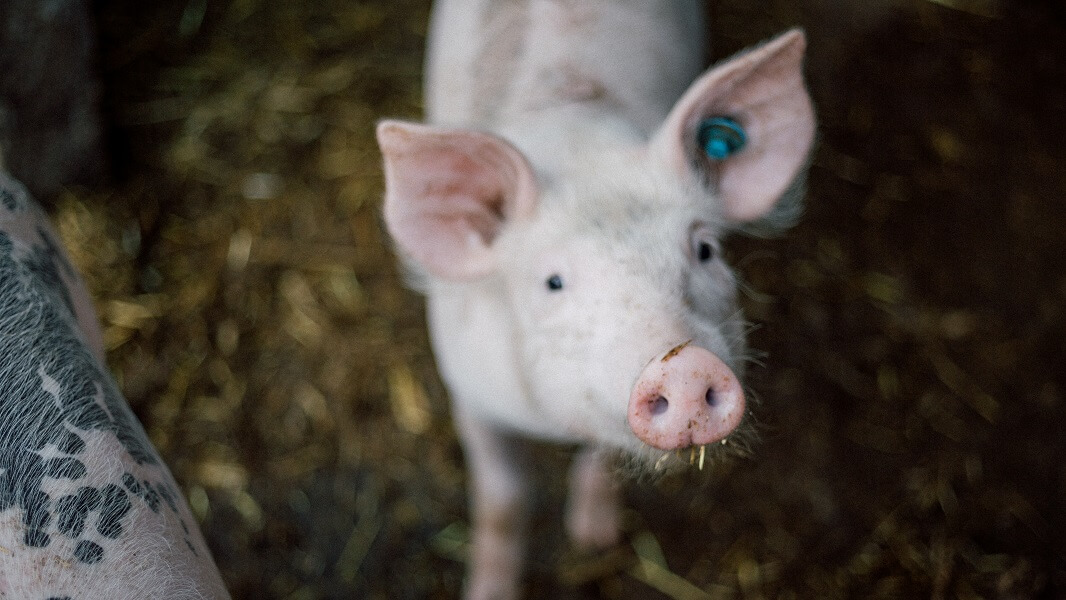 A new short documentary exposes what life is like on a factory farm. Called “M6NTHS,” the 12-minute film follows the life of a piglet born into the meat industry.

The film is free to watch, but may be hard to watch for some people, especially children.

The film does not hide what pigs on factory farms go through. The first two minutes are completely silent, as pregnant sows are lined up. It then cuts to the piglet’s birth onto a cold, dirty floor of a farrowing crate so small that the mother pig can’t even turn around.

While the meat industry has argued that the use of farrowing crates is to prevent the animals from rolling over and crushing their babies, pigs are actually intelligent, social, and sensitive animals. In the minutes after the piglet’s birth, the mother gentle nuzzles her baby.

In spring, a group of piglets has their tails cut off without anesthesia – a common industry practice to prevent the animals from biting each other’s tails. It’s not a natural behavior, but one caused by the extreme mental stress of their living environment. Like humans, pigs can and do suffer from emotional trauma.

After the ordeal, the piglets are left to shiver on a floor covered in cut-off tails while the worker finishes the job. While sows nurse their babies, their connection is only brief.

At six months of age, piglets are taken from their mothers and sent to an abattoir, where they are held upside-down by their legs and have their throats cut, often while still conscious. The mother pigs are typically impregnated by force again and the cycle of having their children taken away from them continues.

As brutal as the film is, it does not hide the truth. “M6NTHS” was made by University of West England graduate Eline Helena Schellekens, who made the film while still a student. It won the NHNZ Short Award at the Panda Awards, the highest accolade in the wildlife film and TV industry.

The cruelty of gestation crates is a known animal welfare issue and things have gotten slightly better for some pigs. Smithfield, the world’s largest pork processor, phased out the use last January. In California, Prop 12, celebrated as the most progressive animal rights bill in the nation, gave more space to breeding pigs.

While small, considering that the end result is still slaughtered pigs, it is acknowledgment that the animals deserve better treatment.