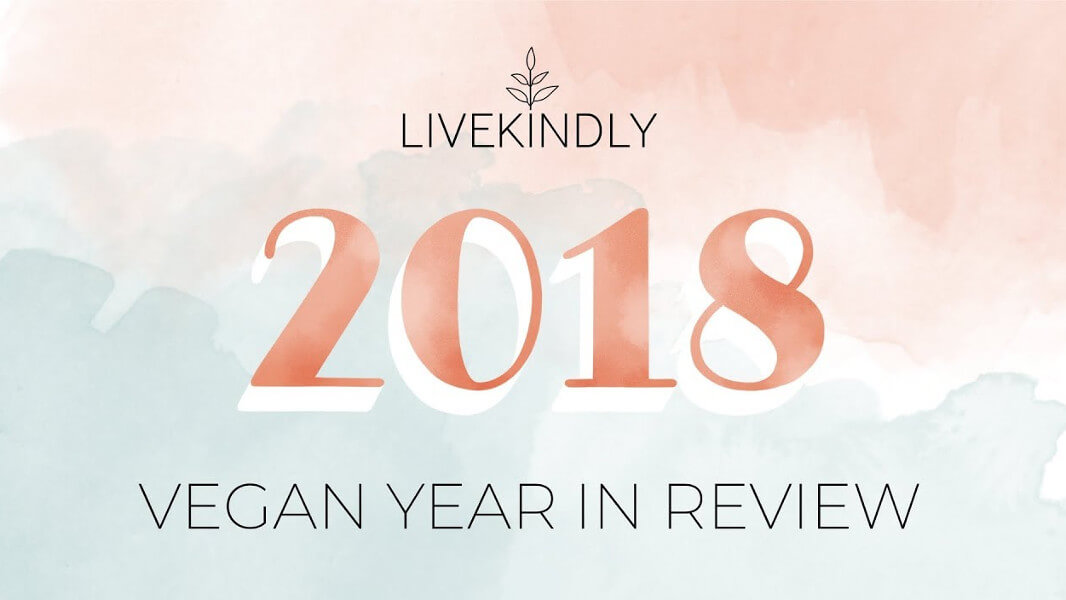 Even though it feels like 2018 began just a few months ago, the year is already almost over – and what a year it’s been, from top beauty brands going cruelty-free to celebrities ditching meat and dairy. In a new short documentary, LIVEKINDLY highlights some of 2018’s top vegan moments. Here’s some of what went down this year.

It was a huge year for celebrities adopting a kinder lifestyle. Filmmaker Kevin Smith went vegan after suffering a major heart attack earlier this year and has not only embraced the health benefits of his newfound diet, but celebrated his compassion for animals. Beyoncé launched a vegan meal planner, Black Eyed Peas frontman Will.i.am promoted eating a healthy vegan diet, the ever-outspoken Miley Cyrus promoted veganism and cruelty-free fashion, and even 10 cast members of “The Avengers” happened to be vegan or vegetarian.

Athletes like five-time Formula One champ Lewis Hamilton, Icelandic powerlifter Hulda B. Waage, and the NFL’s Tennesee Titans proved that you don’t need meat or dairy to be at the top of your game.

There was big news on the health front, too. This year, more research emerged showing not only that a plant-based diet is one of the healthiest ways to eat, but also that animal products can increase your risk of chronic diseases like cancer, heart disease, and type-2 diabetes.

It’s safe to say that 2018 is the year that vegan meat went mainstream. California-based brand Beyond Meat went global and became the first plant-based protein producer to offer an IPO, the Impossible Burger was added to the menu of White Castle restaurants nationwide, and McDonald’s began offering vegan burgers.

Brands showed the potential of plant-based ingredients in disrupting traditional animal agriculture. Food tech startup JUST, famous for its eggless mayo, launched the JUST Egg, a pourable vegan egg made from mung beans. Emerging brands like Good Catch Foods caught the eye of investors with its innovative seafood made from beans and legumes.

Clean meat, or slaughter-free meat made from animal cells, is on the horizon. Earlier this year press and investors taste-tested the world’s first clean meat pork sausage and JUST created KFC-style clean meat chicken with the intention of launching it in high-end restaurants, followed by retail.

This year is ending with a bang and 2019 has exciting things in store. With more people expressing interest in adopting a plant-based diet, LIVEKINDLY launched a vegan meal planner to make meal prep and healthier eating easier. What’s next? LIVEKINDLY has predicted the plant-forward food trends and cruelty-free fashion and beauty trends that will drive the year to come.