Located in Dunboyne, Meath, the 15,200-square-foot supermarket will also have a health and wellness section in addition to its dedicated meat-free zone. The format aims to appeal to evolving consumer eating habits, per the Checkout.

“Having grown up in the area, we are delighted to open this state-of-the-art store to serve the local community. It is a huge vote of confidence in the local economy and it is a proud moment to create 70 new jobs in Dunboyne,” said Steven Nally, owner of the new SuperValu.

According to Martin Kelleher, managing director of SuperValu, 30 store revamps are in the works for this year, so more dedicated vegan sections may be on the way. 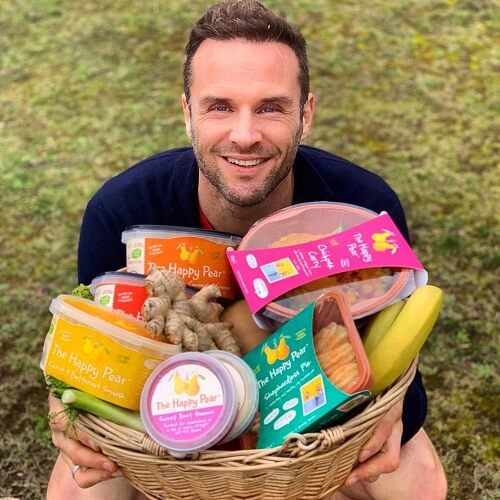 A handful of plant-based food options can be found at SuperValu. It carries vegan sweet potato and Morroccan-style falafel as well as chickpea and lentil stuffed peppers and pre-made vegetable stir-fry packs under its private label.

It also stocks ready meals by The Happy Pear, including meatless shepherd pie, chili no carne, veggie korma, and dairy-free potato gratin, as well as pesto and multiple kinds of hummus. The Happy Pear launched in SuperValu stores in February 2018. The Ireland-based brand, launched by Stephen and David Flynn as a shop in 2004, now spans three cafes, a product range, and two vegan cookbooks.

Plant-based food is steadily becoming more available in Ireland. The Food and Safety Authority of Ireland recommended a vegetarian diet earlier this year in a bid to improve the nation’s health, stating that leaving meat off one’s plate “one or two days a week is good for everyone.”

“I said (in 2016) we all have to do more. We have to be more energy-efficient, we have to recycle, we must think about what we eat, we need to eat less meat, maybe become vegetarian or even vegan,” she said at the One Young World Summit in Hague last October.

Ireland’s prime minister Leo Varadkar is also reducing his meat consumption “for health reasons and for reasons of climate change.”