Looking to add a bit of spice to your kitchen? The new “Tahini and Turmeric Cookbook” by recipe bloggers Vicky Cohen and Ruth Fox offers 101 Middle Eastern classic dishes to amp up the flavor and broaden your culinary horizon. The recipes are authentic and go far beyond basic hummus and pita, yet the animal ingredients traditionally used in these classic homestyle dishes have all been replaced with plant-based foods. A scroll through the mouthwatering recipe index is a cultural exploration in itself, educating the reader about what foods and spices are prevalent in Middle Eastern cooking. Think fava beans, pomegranates, tahini, bulgur, eggplant, and plenty of za’atar seasoning. Tired of drenching your steamed veggies and rice in sriracha and calling it “dinner?” Pick up a copy of “Tahini and Turmeric” to discover a new world of incredible plant-based flavors.

This Middle Eastern culinary guide is the first cookbook from the creators of the popular vegan and vegetarian food blog, “May I Have That Recipe?”Co-authors Cohen and Fox are sisters and grew up in Barcelona in a Jewish-Lebanese household. Their childhood was marked by traditional Middle Eastern meals, made from scratch by their Mami, who Cohen claimed to have “the magic touch” when it came to cooking. Although each found their passion for the kitchen at different points in their lives, they finally came together to replicate, veganize, and share these treasured recipes they grew up with. 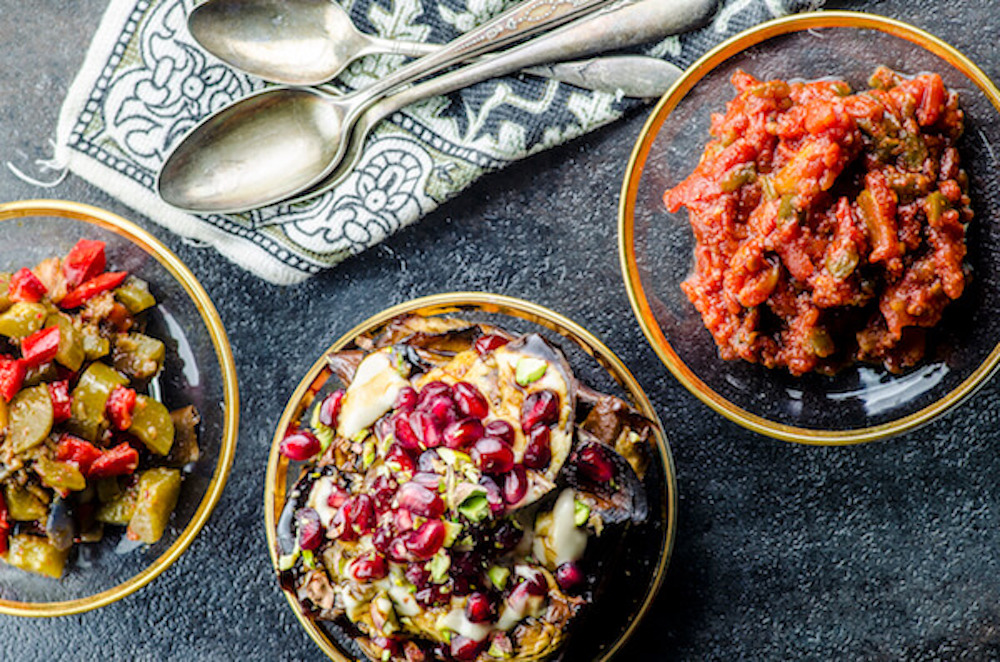 Cohen and Fox include recipes for every possible meal of the day, as well as every occasion. The book is broken into traditional chapters and includes sections for breakfast and brunch, soups, salads, dressings, entrees, breads, desserts, and more. Cooks are encouraged to mix and match the recipes to make a meal. Take one of the grain-based salads and pair it with a main dish, or soak up one of the hearty stews with a recipe from the “Fresh from the Oven” chapter. However, for those who like to keep it simple, many of the entrees, soups, salads, and rice dishes are filling enough on their own.

This cookbook highlights true Middle Eastern cuisine, which includes much more than the basic dishes of baklava and pita bread most often associated with this culture. That being said, it can be overwhelming to decide what to cook first. Each glossy food image will entice you, but you don’t need to make it all at once.

In the “Brunch Nosh” chapter, try the Falafel Waffles for a savory spin on the tired waffle, or the Cashew Ricotta Stuffed Syrian Pancakes with Orange Blossom Syrup to truly impress your brunch guests. Hosting a party? The Beluga Lentil and Baba Ghanoush Toast are perfect for a light appetizer, and the Spiced Toasted Bulgur Salad with Tahini Dressing makes enough for a crowd. Many of the dishes are also great for weeknight dinners, as they take less than an hour to prepare. Spice up your Tuesday with the Israeli Couscous with Sweet Potato and Delicata Squash, Meal-in-a-Bowl Bean and Israeli Couscous Soup, or the Hearty Spiced Chickpea, Lentil, and Root Vegetable Soup.

For a truly authentic taste of the Middle East, don’t skip the Caramelized Baby Okra in Tomato and Pomegranate Molasses Sauce or the Bulgur Wheat Pie (Kibbeh). Finally, no meal is complete without a sweet ending, but you won’t find any brownies or cupcakes in this section. Enjoy the Chocolate-Dipped Stuffed Dates for a quick treat, or go all out with the Rose Water Cream Tartlets with Pomegranates and Pistachios. Of course, there are also multiple hummus recipes, which will undoubtedly become the last hummus recipe you will ever need. 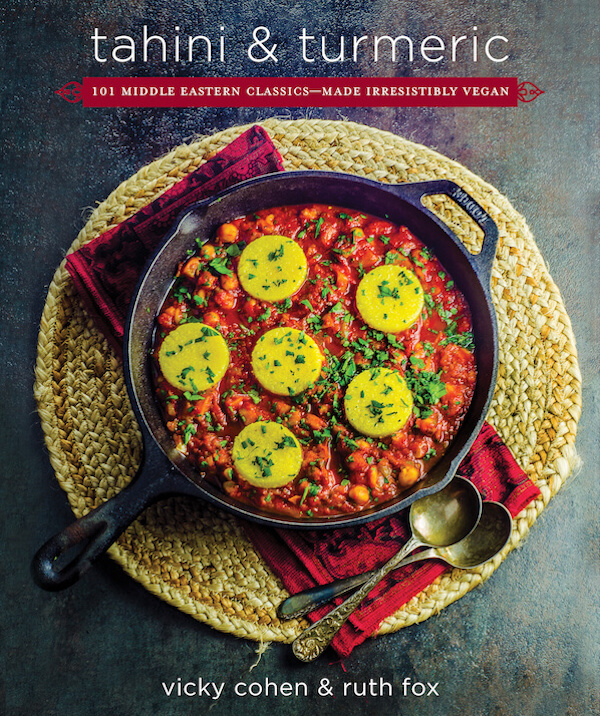 In terms of practicality, the ingredients and recipes are not too complex. Many of the recipes contain the same spices, so once you have them on hand, you won’t need to make inconvenient trips to the store to find that one specialty item. The cooking techniques are also fairly accessible; one does not need to be an experienced home cook or own special equipment to create these recipes, though basic knife skills are a plus (you’ll be chopping a lot of veggies). Further, a few recipes require frying, so if you’re uncomfortable around hot oil, you may want to avoid these dishes (or try them in an air-fryer). As far as time is concerned, quite a few of the main dishes take over an hour to prepare, but most of that is downtime. It takes a while for these savory vegetable-based dishes to roast and fully develop their amazing flavors.

The “Tahini and Tumeric Cookbook” is now available in stores and online. Make sure you have some pomegranate molasses on hand – you’re going to need it.