The UK has a plethora of vegan events this summer, and another seasonal festival has joined the lineup. The We Love Vegan Food Festival is coming to London this July, transforming the Old Spitalfields Market into a plant-based paradise for two full days.

The new vegan pop-up festival will host over 15 plant-based food vendors selling burgers, sushi, pizza, dumplings, hummus, superfoods, and desserts. Alcohol and specialty cocktails will also be available, and each ticket includes a drink voucher to kick off the festivities. The full vendor lineup is still in the works, but several have been confirmed. Guests can look forward to doughnuts by LuckyLekis, Turkish food by The Hippie Turks, monster-sized burgers by the Feral Food Store, dumplings by On Cafe, and even dessert hummus in flavors like Banoffee Pie, Mixed Berry and Choc-o-Chick by HOU. In addition to the wide variety of food, attendees will be treated to live music, chef demonstrations, lectures, friendly competitions, and more. 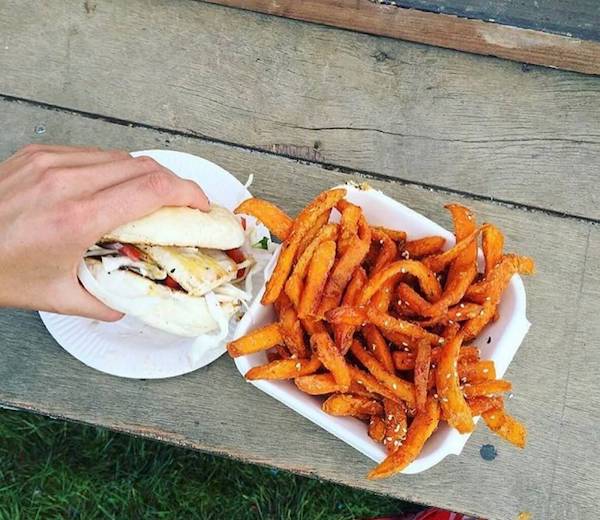 We Love Vegan Food is a subsidiary of the UK-based foodie organization, We Love Food. In addition to vegan eats, the community has a chapter for gin and prosecco, afternoon tea, dessert, Jollof, curry, pizza, hummus, brunch, and more. Many of these chapters, such as coffee and chocolate, could be vegan-friendly as well. This festival is part of the 2018 event series taking place throughout the country, with a foodie event dedicated to each division of the organization. Another vegan event is planned for Manchester later this year, though dates have yet to be announced.

As part of the organization’s community engagement, it has partnered with a new charity mobile app, Percent. Each ticket sold to any We Love Food event will automatically donate 5 percent of the sale to a non-profit of the attendee’s choice, be that an animal shelter or animal rights organization.

Other upcoming vegan festivals include V For, a month-long plant-based wellness celebration in August, and Vegstock, the city’s first vegan music festival, which is scheduled for September.

The We Love Vegan Food Festival will be held from July 20 – July 21. Tickets can be purchased online through the event’s website.