Patchwork Food Company, a family-owned and operated maker of small-batch, handcrafted pâtés, has launched a range of four vegan pâté flavors to be distributed to the foodservice industry.

In a blog post, Managing Director of Patchwork Foods, Rufus Carter, said: “Veganism is a trend that cannot be ignored by the food trade and we are delighted that we are able to respond quickly to consumer trends and deliver pates for vegan menu options across the UK. We have been making pate for over 35 years and are keen to support the food service trade with tasty vegan options.” 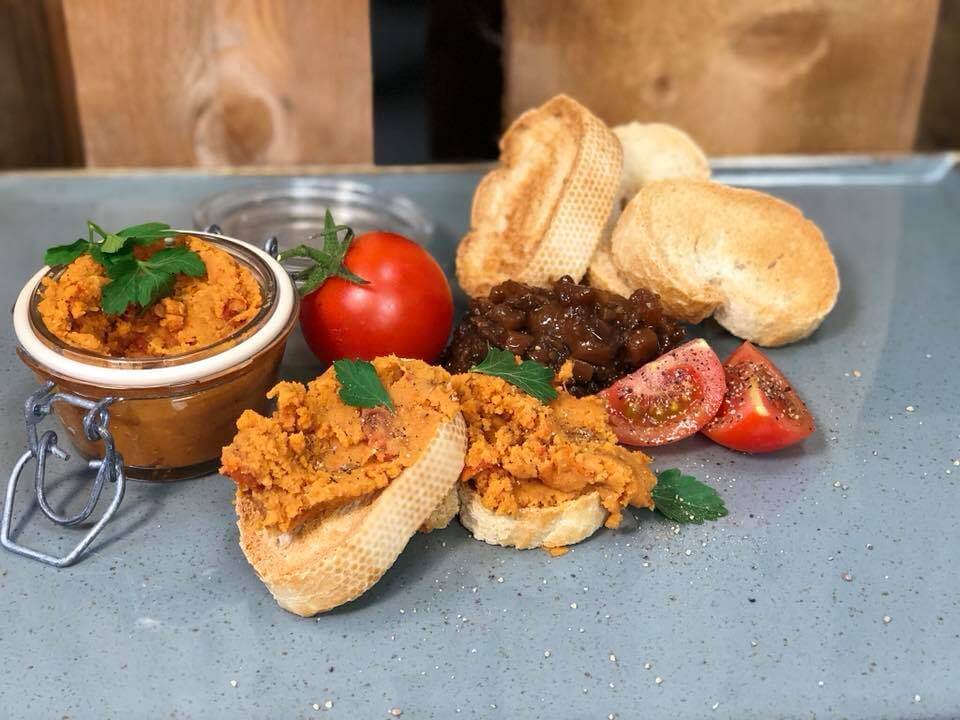 Patchwork Food Company was founded in 1982 by Margaret Carter, a newly-divorced home cook who began selling her homemade pâtés to local pubs as a means of supporting herself and her three children. Carter’s creations were a hit with locals, allowing for the company to scale up to commercial production. Since its inception, the company has won a total of 80 awards for exceptional taste. The Patchwork Food Company Vegan Red Pesto pâté, the company notes, won a Golden Fork award for Wales in 2014 from the Guild of Fine Food. Committed to quality, all products are made in “small batches, without artificial coloring, additives, or preservatives.”

While this is not the company’s first foray into offering vegan and vegetarian pâté (it has been making its Brown Lentil flavor for over 30 years), it is notable that consumer demand for plant-based options has led to a market for vegan pâté in foodservice. According to recent data over 3.5 million individuals living in the UK, or 7 percent of the population, identify as vegan. This suggests the vegan population has grown by 700 percent in the past two years.