Updated August 31, 2019. Following the meteoric rise of Beyond Meat on Wall Street, the world’s first vegan and climate-conscious stock Exchange Traded Fund (ETF) will open for trading on the New York Stock Exchange next month.

Why a Vegan ETF?

An ETF is a fund traded throughout the day on the stock exchange, going up and down in value according to price movements of stocks from companies in that particular index. Although socially responsible investing (SRI) is becoming increasingly prominent in the stock market, animal exploitation has largely been left out of the discussion.

The first-of-its-kind listing, called the US Vegan Climate Exchange Traded ETF (ticker: VEGN), was created by Beyond Investing, a team of vegan finance professionals based in the US, Switzerland, and the UK. The new ETF will not only exclude stocks from companies whose business models rely on animal exploitation but also environmentally damaging fossil fuels and plastics. 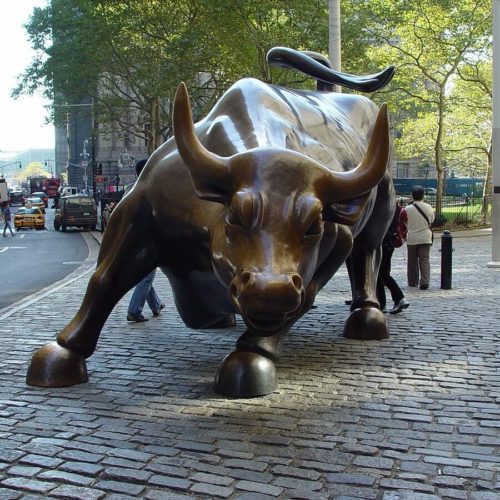 VEGN is the first vegan and climate-friendly ETF.

“Personally, when investing in the stock market directly myself I found it impossible to find a fund which gave any consideration to excluding animal exploitation,” Claire Smith, CEO of Beyond Investing and co-creator of VEGN tells LIVEKINDLY in an email. “Whereas I might be better placed than some to create my own portfolio, it is a time-consuming exercise and many pension providers do not permit direct holdings in stocks, only funds.”

For pension plans, Smith explains that those who have the flexibility to choose their own investments should be able to include VEGN, but may have to request that their pension provider adds it as an option.

“Similar problems are encountered by charities and foundations that have an animal welfare and environment focus, and their only option is to appoint a manager to run a portfolio according to their guidelines, which incurs additional costs,” she continues. “I felt it made sense to try and create such an investment fund to allow all to invest more easily according to cruelty-free and environmental principles.”

As well as excluding companies that exploit animals, Smith felt it was important to take a stand for human rights. Companies that have a negative impact on Indigenous rights and land, pay unfair wages to workers in Maquiladoras (a factory in Mexico run by a foreign company), defense and gun manufacturers, and telecommunications companies that sell private information to the NSA will be excluded.

Brands that already hold vegan and cruelty-free logos will also be held to high standards in respect to ethically sourced ingredients like cocoa, shea butter, and mica. “This is something we will do publicly and proactively,” says Smith. “Our Proxy Voting Policies, which dictate how we will vote when resolutions surrounding these matters are put to shareholders, also take into consideration these issues.”

VEGN has an expense ratio of .60 percent. It will go live on the NYSE on September 10.