PETA (People for the Ethical Treatment of Animals), the world’s largest vegan and animal rights organization, has launched a new virtual reality program, “Eye To Eye,” that allows people to “talk to animals.”

“We have conceived the idea and use-case together with Kolle Rebbe, and have managed to develop an unparalleled and immersive virtual reality application. The purpose of this experience is not only to bring out the sensitivity in people but also to put them in their counterpart’s shoes – and evoke a deeper emotional feeling,” explains PETA via the website Demodern. 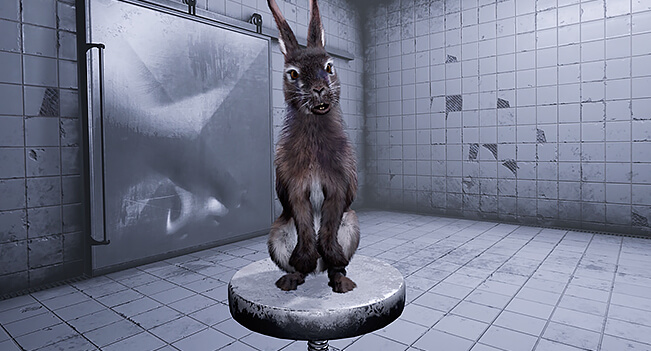 “PETA has found a new, eye-catching and compelling way to reach out to people who have little or no previous involvement in animal rights – and this experience is most definitely one that is at eye-level with the users,” continues the organization.

The program has been in development for six months and is intended to be used at festivals and other events to help people connect with animals in a meaningful way.

The idea is simple, that the real-time feedback from the body, including breathing movements and speech, of actors, are translated into a realistic animal fabrication in front of users. This shows people who undergo the immersion how animals — in this case the rabbit — are in many ways very similar to humans. Unbeknownst to the virtual reality user, the rabbit is the fabrication of an actor, which creates the thought-provoking illusion of a real conversation between kindred spirits.

While the virtual rabbit “speaks,” and moves within the simulation, PETA and the development team have created five different backgrounds that the rabbit, and therefore the virtual persona, explores. Developed within the game engine Unreal, the scenarios are focused on “[a]bstract themes – such as the value of life, freedom, animal experiments and the handling of animals in the food industry – have allowed us to portray a scenario-based tangible environment.” 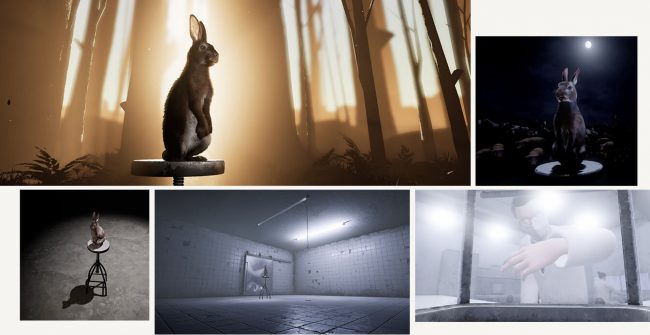 “Immersion becomes particularly emphatic due to the minimalistic set design, which is also found in the virtual world – hence creating an absolutely fluid transition between real and virtual reality. During the concept work, user interfaces were deliberately omitted in order to reduce the artificialness,” adds the website.

The animal rights organization has dabbled in numerous virtual reality simulations before. In 2014, PETA launched a program that enabled users to become immersed as a factory farmed chicken, thus shedding light on the ethical issues that surround meat production and slaughtering animals for food.