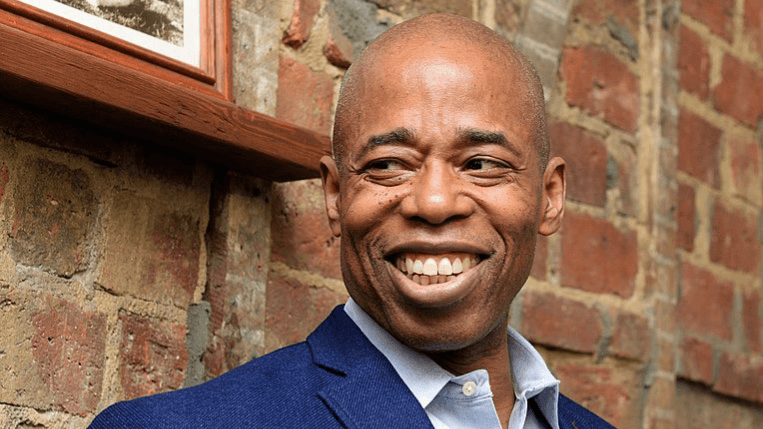 New York City might soon have its first vegan mayor.

Vegan Brooklyn Borough President Eric L. Adams has announced that he is running for mayor of NYC during the 2021 elections. The news follows last week’s announcement by fellow vegan politician, New Jersey senator Cory Booker, who announced his 2020 presidential bid.

So far, Adams has raised $1.68 million to fund his mayoral campaign; opponents Scott Stringer and Ruben Diaz, Jr. have raised $1.073 million and $738,797 respectively.

Adams adopted a plant-based diet in 2016 following a diagnosis of type-2 diabetes. Instead of using medication, the borough president decided to shake up his diet, entirely dropping animal products and going vegan. Within three months, he reduced his A1C blood sugar levels from 17 percent to a healthy 5.7 percent.

His interest in the plant-based movement has carried on into his work in politics. Adams has encouraged his constituents to go vegan to better their health. He’s worked with local school districts to remove processed meat from school menus and introduce vegan lunch options.

“We cannot continue feeding our children substances that are scientifically proven to increase their chances of cancer later in life,” Adams said last year. “Chicken nuggets and sloppy joes are in the same class of substances as cigarettes. We know that we would never give our children cigarettes to smoke, so there’s absolutely no reason why we should continue poisoning our children’s health with processed foods.”

Bringing #NewYorkCity's first-ever #FriendshipArchway to #Brooklyn has been a #laboroflove, and I want to thank the @NYCMayor and his administration for working with me on this important #culturalexchange. Our #sistercity, the #Chaoyang District of #Beijing, has generously and graciously gifted us with a nine-roof #archway that reflects the robust dynamism of our growing #Chinese community. I have no doubt that it will be an enduring source of pride as well as an attraction that brings people from around the world to enjoy all that #SunsetPark has to offer. #XieXie!

If elected as NYC major, Adams plans to continue these plant-powered initiatives. He told LIVEKINDLY via email, “As an example, we have opened the first plant-based clinic in Bellevue Hospital; that initiative would be expanded to all City hospitals.”

He continued, “We’ve launched Meatless Mondays in all public hospitals; we would expand that to every City agency serving food. We are in a health crisis, and right now our government is feeding the crisis; whether in our schools, our prisons, or our senior centers. I will ensure all agencies that provide food for the public will serve meals that added to a healthy lifestyle. The science is clear that those meals are plant-based.”

Adams believes in the importance of spreading awareness about how diet can influence health. “I’ve seen what education about plant-based eating can do — it saved my life, it saved my mother’s life,” he said. “Whether we can inspire someone to leave animal products off their plates for reasons stemming from health, the environment, or animal welfare, the education needs to start now and New York City is going to lead the way.”