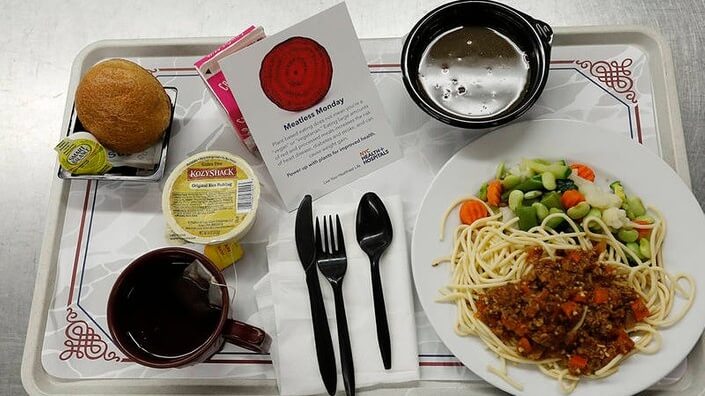 New York City’s eleven public hospitals just got a little healthier. The healthcare institutions will all be observing Meatless Mondays — the popular international vegan campaign that encourages participants to eat vegan on Mondays. It’s being managed by the city’s Health + Hospitals division.

“We want to empower our patients to live their healthiest lives by introducing them to healthier foods that they may choose once they’re discharged,” Dr. Mitchell Katz, Health + Hospitals’ president and CEO, said in a statement.

The hospitals will include a range of options for all meals on Monday in addition to regular menu items. According to the press release, initial offerings include black bean soup, vegan “beefless” strips, and spaghetti with a vegan bolognese sauce. The hospitals will continue to add new menu items.

The program, which launched last week, is off to a healthy start, the city notes. About 1,500 patients in the city’s eleven hospitals all ordered vegan options on January 7th, the first day of the program.

To start 2019 off strong and healthy, come out to our Healthy Cooking Workshop tomorrow, January 3rd from 6-8pm at #Brooklyn Borough Hall. You’ll get to learn about delicious plant-based ? and gluten-free meals, plant-based proteins, natural remedies, and #health advice for the year. Special thanks to @HeidisHealthKitchen for partnering on this exciting event! #plantbased #plants #plant #plantbaseddiet #plantbasedfoods #nyc #newyear #glutenfree #glutenfreerecipes #glutenfreediet #healthyfood #healthyrecipes #healthy #healthylifestyle

Much of New York City’s shift to vegan food has been championed by Brooklyn Borough President Eric Adams who reversed his own type-2 diabetes with a plant-based diet. Adams was instrumental in the launch of the city’s plant-based wellness program at Bellevue Hospital last year. The program aims to help patients with chronic diet-related illnesses to shift toward more plant-based meals. The program, which launched last fall, received $400,000. Adams’ office also offers vegan cooking workshops at Brooklyn Borough Hall.

“Our shared goal is to create a healthier Big Apple, one where our government institutions support healthful dietary choices,” Adams said in a statement. “Hospitals have a unique opportunity to influence patients and families in rethinking the nutritional quality of their meals, and Meatless Mondays now has a role in that conversation.”

Some private hospitals in the city are stepping up their vegan offerings as well. Four New York Presbyterian hospital cafeterias offer meatless meals on Mondays as well. Schools are shifting student diets, too. In upstate New York, 62 school districts signed on to a two-week vegan meal challenge. 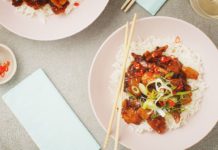 How to Make Vegan Orange Chicken That Tastes Just Like Takeout 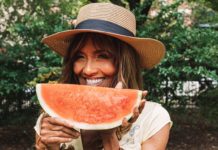