If you have ever craved an indulgent snack of fluffy egg waffles and sweet ice cream, yet on a vegan diet – the two no longer have to be a choice between either or!

In an exclusive quote to LK, Eggloo said: “[w]e will have the usual menu along with our 3 vegan presets, which will be 100% vegan.”

From Friday, November 3 to Sunday November 5th at Eggloo’s East Village location in ‘The Big Apple’ – eggless egg waffles and ice cream are set to be brightening the days of vegans, alongside other waffle and ice cream aficionados, of course. 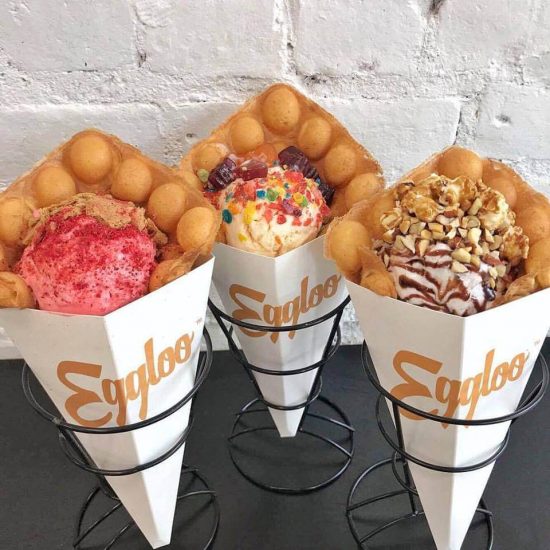 New York has been making the headlines recently, ranking top city to visit in America for vegans and seeing 1,200 public schools are introducing vegan menu options for their students. We also reported that local entrepreneur Ravi deRossi has veganized 15 restaurants and plans to open up 12 more – so if looking to book your next plant based getaway…. look no further.

Eggloo’s vegan flavors are ready to be eagerly consumed in less than two weeks time and include Berrylicious Cone, The Original Cone and Cookies ‘N’ Dreams Cone!

This isn’t the first time Eggloo has made an effort to appeal to the plant-based marketplace. At a recent vegan festival, Eggloo whipped up a trial batch of vegan waffle cones and ice cream. 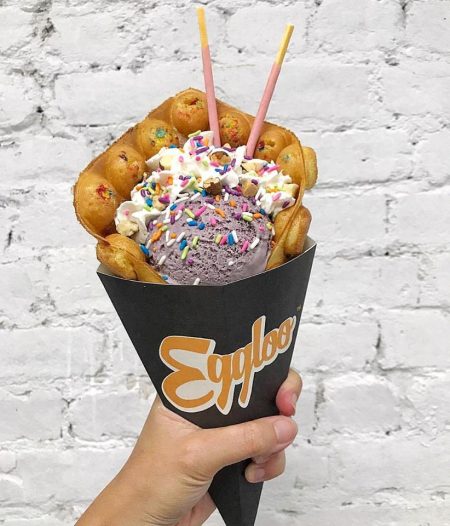 Considering Eggloo is “an ice cream shop that specialize in desserts with an Eastern twist [such as] Hong Kong Egg Waffles and Ice Cream and Exotic Ice Cream Sandwiches” – this is a very exciting step towards more vegan menu options.

Who knows, if this 3-day vegan event is as successful as we can expect – vegan Eggloo cones could well become a permanent fixture on Eggloo’s menu!

“[We] are definitely considering the possibilities.” They said.