New York has passed a statewide law that bans most types of single-use plastic bags.

The bill, introduced by Governor Andrew Cuomo last year, will make New York the second state after California to impose a ban on plastic shopping bags. Hawaii has an effective ban in place, the New York Times notes, as all the state’s counties have legislation against single-use plastic bags.

“These bags have blighted our environment and clogged our waterways,” Cuomo said in a statement. “[A ban would help to] protect our natural resources for future generations of New Yorkers.”

The plastic bag ban will not apply to restaurants, bulk items, and trash and recycling bags.

We just passed a statewide ban of single-use plastic bags in the Budget! Plastic bags get stuck in trees, harm marine life, and we don’t need them. This ban is a huge step forward for New York’s environment and for cutting back on our society’s addiction to plastic.

Going forward, lawmakers aim to introduce a 5-cent fee on paper bags. Three cents from every bag sold will go toward the state’s Environmental Protection Fund. The remaining two will be given to NYC, which will use the funds to buy reusable bags for residents, particularly those who will be affected by the fee the most, such as the elderly and low-income families.

Many legislators agree that the 5-cent fee is important, as it will prevent consumers from just switching to paper once single-use plastic bags are banned. The law has proven to be an effective way to cut down on usage elsewhere in the state. Suffolk County, which imposed a 5-cent fee on both plastic and paper bags in January 2018, used 1.1 billion fewer plastic bags last year, according to Newsday. The number of bags polluting shorelines also fell.

“The goal of this legislation is to not actually collect a single nickel,” City Council member Brad Lander (D-Brooklyn) said during a press conference outside City Hall earlier this week. “The goal is to help everyone bring reusable bags when they go to the store.”

How Bad Are Plastic Bags?

Ubiquitous with convenience, single-use plastic bags have a negative impact on the environment.

Americans use 100 billion plastic bags a year, which requires 12 million barrels of oil to make, according to the Center for Biological Diversity. Only 1 percent of bags are returned for reuse or recycling. While fishing gear makes up the majority of ocean plastic pollution, experts estimate that single-use plastic is responsible for the deaths of around 100,000 marine animals each year. 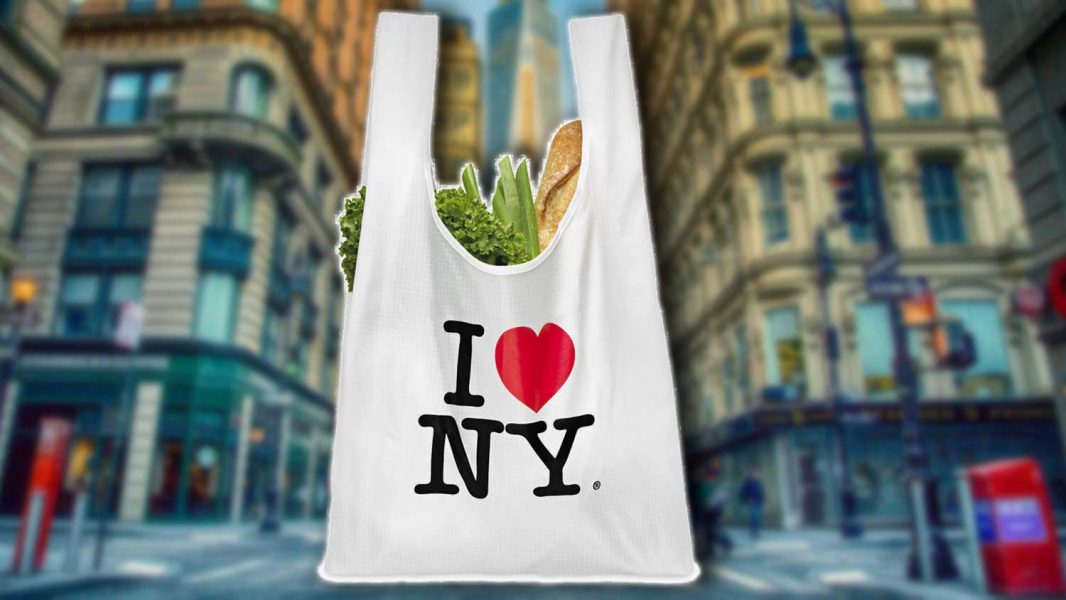