The resolution, nicknamed the Balony Ban, calls on the Department of Education to eliminate processed meats including baloney, pepperoni, and hot dogs from the city’s public school lunch programs because of the health risks, including cancer. Vegan chef Chloe Coscarelli, author of several cookbooks and owner of Chef Chloe & The Vegan Cafe in Florida, testified before the New York City Council prior to the ban.

“I’m immensely proud to see New York City take a stand on this important issue,” chef Coscarelli told LIVEKINDLY. “There is no need for us to feed our children and school staff processed meats that have been linked to cancer and other harmful diseases. Bravo NYC – and the rest of the world, take note!”

Resolution 238 was introduced by Council Member Fernando Cabrera in 2017.

“Research shows that processed meat is unhealthy and can lead to serious illnesses including cancer and diabetes,” the councilman’s office wrote in an Instagram post. “In 2015, the World Health Organization announced findings that processed meats contain cancer-causing chemicals. School lunches often include processed meats, such as hot dogs, pepperoni, and deli meats.” 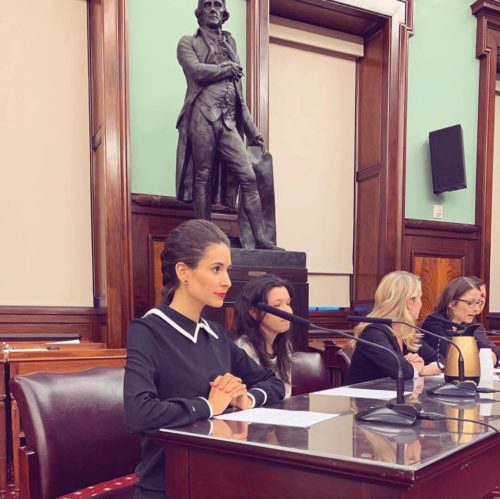 The resolution was pushed forward at the urging of Brooklyn Borough President Eric Adams, who follows a plant-based diet, last year.

“We cannot continue feeding our children substances that are scientifically proven to increase their chances of cancer later in life,” Adams said to the New York Post in spring 2018. “Chicken nuggets and sloppy joes are in the same class of substances as cigarettes. We know that we would never give our children cigarettes to smoke, so there’s absolutely no reason why we should continue poisoning our children’s health with processed foods.”

The Physicians Committee for Responsible Medicine has repeatedly advised against the consumption of processed meats because of the health risks. The group was successful in working with two children’s hospitals in removing hot dogs from menus and cafeterias.

The Santa Barbara, Calif., school district became the first district in the country to pull processed meat from all school lunch menus in September 2018.

“SBUSD is committed to serving our students nutritious foods that will help them learn and grow,” said SBUSD food service director Nancy Weiss. “It’s the right thing to do to ensure that our students are getting the highest-quality food. There’s no room for carcinogens on the lunch line.”

“Cutting back on meat a little will improve New Yorkers’ health and reduce greenhouse gas emissions,” said Mayor Bill de Blasio. “We’re expanding Meatless Mondays to all public schools to keep our lunch and planet green for generations to come.”